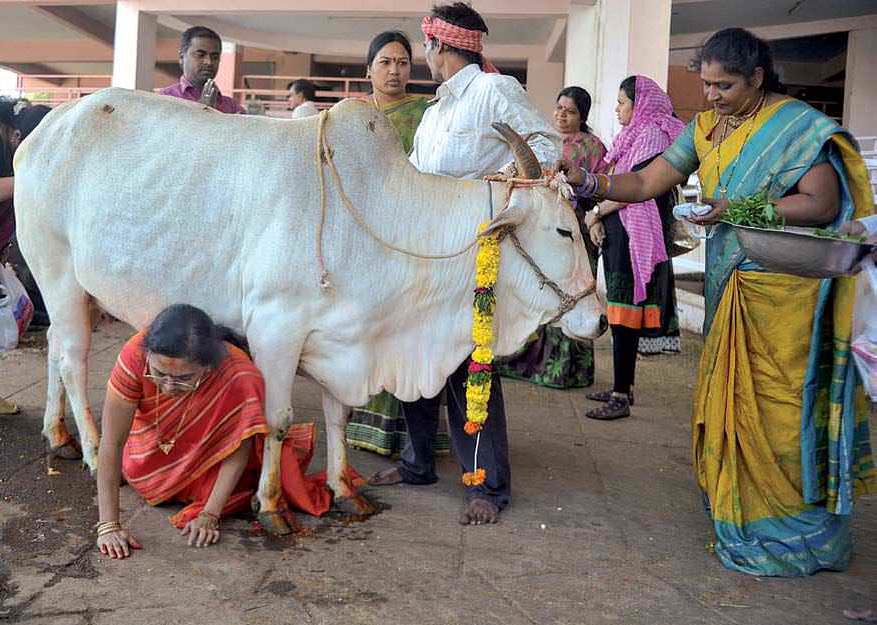 Anthropologists have Always been fascinated by the relations between man and beast. Man and cattle have existed in solidarity whether it is the Nuer in Africa or Jains in Gujarat. The Jain institution of the pinjrapol is a fascinating one. In times of drought, flood or epidemic, the owner can leave his flock at a local pinjrapol and his animals are taken care of. The political scientist Chandrika Parmar tells a poignant story of a man who could not leave his cow behind during a Gujarat drought. He left it for a day and found he was missing it so badly that man and cattle jumped into a well and committed suicide.

Animal and animal parts, as also styles of cooking, have been always used as forms of classification through totemic affiliation. One knows which animal one can eat and which is taboo. It is around animals and food that one can build an entire cosmology where the animal world serves as a model of the social world. Between the raw and the cooked, between feasting and fasting, food classification has gone a long way in ordering society. Animal and food play symbolic roles even as a society moves away from nature. American baseball teams are often named after bruins, tigers, bears or raccoons, creating a whole range of symbolic affiliations that survive in urban society.

Food thus becomes central to a society in its manner of classification and discourse and has a way of conceptualising relationships. Who you eat with or who you marry can determine the basic rules of caste or affiliation. Food has a symbolic value and a social one, therefore taking it literally can be stupid. When Justice Markandey Katju claimed that the cow is just like any other animal, it cannot be anyone’s ‘mother’, he was being both literal and illiterate in denying the symbolic implication of the cow for what was once an entirely agricultural society. A cow stands for nurturance and fertilit, and thus becomes sacred. A sacred cow is literally a metaphor contending it is beyond touch, let alone consumption.