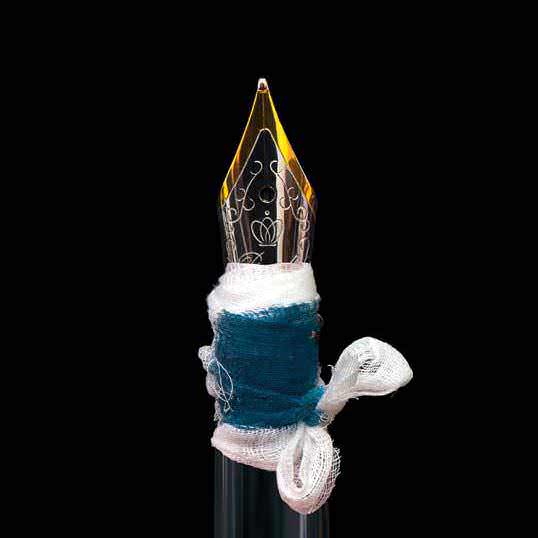 Majoritarian hubris and the writers protest.

Writers don’t have bricks, regrettably. They don’t have acid in soda water bottles either, as in the good old days of 1947. The soda incidentally has been consumed for a decent peg of whisky, at least that is what pro-Government spokesmen seem to make out. Retired General VK Singh, now a Minister of State, is even reported to have called us authors ‘daru khors’. When I first got a whiff of this I sent an email asking my fellow protestors, ‘Does he mean me? I’ll sue the fellow.’ We all had a good laugh, and they all replied that he definitely meant me and I should go ahead and sue him. But I think the one defamation case he is facing is enough. Let’s see how he gets out of that one. I wish him luck. But I am left with a thought, why should the general put his foot into matters beyond his ken?

A democracy’s health is known by how it treats its minorities. Creative writers are a minority, rather a minority among minorities. This simple fact escaped the notice of the Government and its extended parivar.

I sometimes wonder how inept Governments can be. For instance, why did they allow this sedate protest by writers (who have nothing to throw at the establishment except their awards) to grow as it has done? Why did Government have to intervene so loudly ( you should hear their spokesmen) and so ham-handedly? A Hindi writer, Uday Prakash, and a political cultural icon Nayantara Sahgal return their awards given for outstanding writing by the Sahitya Akademi. A few others join in (mea culpa). Each one writes what he or she feels. The murder of Akhlaq for eating or storing in his fridge, meat wrongly rumoured to be beef, had just taken place in village Bisara, in Dadri. He was belaboured by a mob in the dead of the night, a planned premeditated murder if ever there was one. Some writers mentioned the Dadri incident, some settled scores against obstreperous Hindutva ideology pervading the times. I am reminded of Wallace Stevens:

‘It is equal to living in a tragic land

To live in a tragic time.’