Africa, In The Dark No More 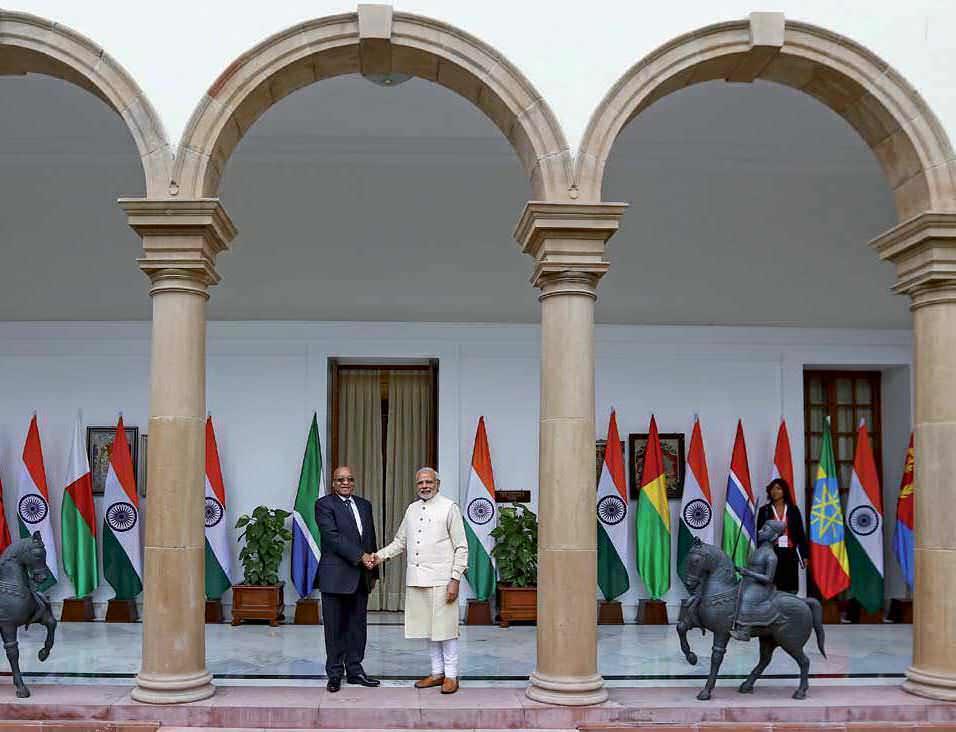 The summit is worth the investment but India will have to ensure that it remains relevant to the needs of a rapidly changing continent.

India hosted the third India-Africa Summit this week, an initiative which started in 2008. The first India-African summit was held in New Delhi in 2008 followed by the second summit in Addis Ababa in 2011. These previous two summits with participation from 15 states, were modest by comparison and the results were under whelming to say the least. It has been a failure of Indian diplomacy that a continent with which India has enjoyed substantive ties ever since independence now no longer views India as a priority nation and often complains o indifference on the part of New Delhi.

The summit this week was more ambitious. True to Prime Minister Narendra Modi’s style, everything about the event was grand. More than 1,000 delegates from all 54 African countries attended the summit, with more than 40 countries represented at the level of President, Vice President, Prime Minister and King. This was the largest ever gathering of African nations in India with even some controversial figures like the Sudanese President Omar al-Bashir and Egyptian President Abdel Fattah el-Sisi also making their presence felt. The Modi Government even ordered the Prime Minister’s signature sleeveless jackets for African leaders to be worn at a dinner hosted by Modi.

With this mega event, New Delhi has signalled its readiness to step up its engagement with Africa, a relationship which is centuries old, bolstered by trade across the Indian Ocean and a million-strong diaspora across Africa. Shared colonial legacy and post-independence development experience have framed India’s relationship with Africa. India’s role as a champion o anti-colonialism and anti-racism after its independence in 1947 drew it closer to the African nations. India emerged as one of the most vocal critics of apartheid in South Africa.