Afghanistan: Waiting For A New Life 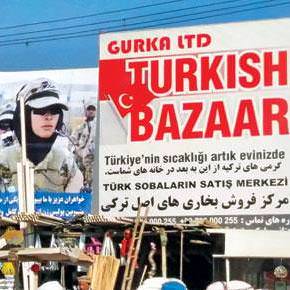 Ravaged by war, terror and bad politics, Afghanistan is waiting for a new life after the withdrawal of American troops.

For a First-time visitor arriving in Kabul with the preconceived image of a country in ruins, it is perfect normalcy that greets you. It is the first day of December, bright and calm. I land at Hamid Karzai International Airport, perhaps the only airport named after a living world leader who is still young. As a former president who shouldered the burden of nation-building in Afghanistan post-9/11, he continues to advise current Afghan leaders. I am here to speak at a counter-terrorism conference organised by the Afghan Ministry of Foreign Affairs. I expect Kabul airport to be a fortress with armed commandos on alert, but no cops are to be seen around.

A car drives me down the airport expressway into Shar-e-Naw (the new city), also known as the Green Zone, which is home to embassies and government buildings. Some of the first buildings I spot on either side of the expressway speak of the social reality of the Afghan wedding. Big uroosi, or wedding halls, dot Kabul. As people acquired new money in recent years, such halls became a sign of social mobility. While wedding parties were traditionally held at home, they are a big business now, says Rahimullah Barez, an official who accompanies me from the airport.

A mile down the road, female commandos look at passersby from a large billboard, urging them to support the Milli Police (the national police). Life in Shar-e-Naw appears normal. For an Indian used to seeing large crowds, spaces appear open and wide. Hotels, embassies and government buildings hide behind nondescript walls. Aside from a few new buildings, there are no tall structures. I see a few police vehicles parked at a chowk (I learn that ‘chowk’ is also a word in Dari, the main language spoken in the city) and wonder what fate awaits these policemen in the event of an attack by the Taliban. The US Embassy has issued an alert warning of an ‘imminent’ terror attack within 48 hours. I am worried.

Fear is just a line, someone said, in your head. But it really begins to sink in when I arrive at the Kabul Star, a luxury hotel with armed guards at the gate. After the driver answers a few questions, the door opens. A second security check and a second door opens. And inside, there is another armed guard. Shrinivasrao S Sohoni, a former Indian civil servant who has spent several years in Kabul, reminds me that hotels and restaurants in the Afghan capital have double doors. Within the 30 minutes of travel from the airport to the hotel, my perception of Afghanistan is totally reversed. It is real this time.

I ask people in the hotel if it is safe to go out. I get three alternative responses: ‘It is safe’; ‘Go but be careful’; ‘Anything can happen.’ I stay put in the hotel until I find a local guide to accompany me. “See the metal door just outside where the lift door opens on each floor. In the event of a terror attack, it can be centrally locked to prevent militants from travelling from one floor to another,” Sohoni points out. The Kabul Star, situated near the Iranian Embassy and the Presidential Palace, was one of the targets attacked by the Taliban on 15 April 2012. The hotel has enhanced its security since then.