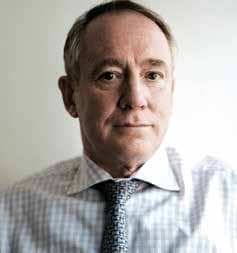 YET AGAIN, WE RETURN TO THE subject: the strategies employed by Investec and its auditors KPMG with the help of Peter Gray to avoid being held accountable for Investec’s role in – and as a major beneficiary of – Brett Kebble’s theft of shares worth billions from Randgold, a company that Kebble directed.

Most of the stolen share sales were processed by a stock brokerage specially set up for the purpose in 2002 by Kebble and his close associate, ex-Société Générale (SocGen) CEO Peter Gray, in order to prevent these transactions from being scrutinised by outsiders (more below).

The proceeds of the sales of shares stolen from Randgold & Exploration Company (Randgold) were largely channelled through JCI, a company controlled by Kebble, but also through Investec Bank UK and various other illicit channels associated with Kebble.

To protect themselves, Investec and KPMG have jointly contrived to ensure that JCI never produced legally compliant audited annual accounts, as these would have to reflect a massive contingent liability to Randgold, and expose Investec and its appointed directors to huge damages claims, liquidation and possible criminal prosecution.

KPMG have throughout the saga also been the auditors of Investec which, as bankers, had been intimately involved in the affairs of both Kebble and JCI since 1997.

For the years 2006 through to 2012, KPMG racked up auditing and forensic fees from JCI to the tune of R93 million.

Despite an undertaking given by JCI in May 2016 that they would produce audited annual statements for JCI, no compliant audited accounts have been produced since then. None. So what’s the apparently insurmountable problem?

By mid-2006 JLMC, forensic auditors appointed by Randgold & Exploration – Kebble’s key victim – had produced eight reports in a row, detailing pretty well all that anyone, including KPMG, needed but did not wish to know about Kebble and his henchmen’s pillaging of Randgold. The Investec-controlled JCI board did not share this information with their shareholders for another two years. No reference was made to it in the annual accounts endorsed by KPMG, although KPMG was on each occasion careful to note that the accounts did not comply with recognised audit standards.

Randgold, the theft victim, controlled by an Investec-appointed board, only revealed the forensic report for the first time in July 2008.

On 24 September 2018 an inspector appointed by the Companies and Intellectual Properties Commission (CIPC) – the state agency charged with enforcing the provisions of the Companies Act – delivered a damning report dealing with the failure of the directors of JCI, a public company, to file the annual audited accounts required by law – since 2010. The inspector delivered a final ultimatum to JCI and its directors to deliver these accounts within six weeks, or face a fine of up to R1 million.

After securing various delays with promises to deliver these accounts if given some extra time, JCI’s directors finally undertook to produce compliant audited annual financial statements for the years 2013 to 2016 by 31 May 2019, and the years 2017 and 2018 by 30 June 2019.

They reneged on both, this time claiming that, despite their best efforts, it was impossible to meet the auditors’ requirements. They declared they were unable to establish and verify anything about the company’s affairs in the years when Kebble had perpetrated his spectacular frauds. And that this made it impossible for them to produce verifiable accounts, since the starting balances for each subsequent year were inevitably affected by the uncertain closing balances produced in the Kebble years.

In the High Court in Pretoria case no: 4976/19, Investec’s appointed JCI CEO, Peter Gray, declared under oath that he and the other directors knew nothing about what had happened at JCI in the Kebble era. (Curiously, KPMG refused to file a supporting affidavit.)

Gray’s plea of ignorance and innocence is most improbable, given the fact that Gray was a close Kebble confidant for many years and CEO of the stock brokerage, set up by Kebble to handle his crooked share and forex dealings. In fact, it amounts to perjury.