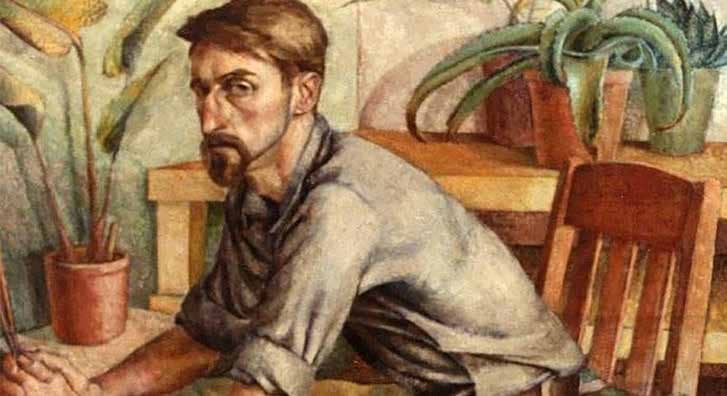 NOSEWEEK WAS SURPRISED AND delighted to discover that the life of Robert Harold Lundie “Jock” Strachan, our veteran “Last Word” columnist of 20 years, was celebrated with a marathon 2,500-word obituary in The Times (London), in which he is referred to as “one of the most remarkable figures in recent South African history.” We could think of no better way to honour his memory than to republish it here – with The Times editor’s kind permission – and slightly shortened.

JOCK STRACHAN WAS ONE OF THE most remarkable figures in re-cent South African history: a bomber and fighter pilot, art teacher, painter, explosives expert and guerrilla, fisherman, picture restorer, cartoonist, novelist, humourist and ultra-marathon runner. He is perhaps best remembered, however, for his dramatic exposé of the appalling jail conditions in which political prisoners were held under apartheid, which caused a storm, including a debate at the UN, and led to improvements for Nelson Mandela and others.

In 1960, when the South African government declared a state of emergency, Strachan and his second wife, Maggie, followed the tide of Africans who streamed out of the Cato Manor area of Durban to demand the release of their political leaders. The security forces used Saracen armoured vehicles to try to block their advance. When this did not work, the shooting began.

In Syringa Avenue, Strachan saw a young African, hurrying home from market with a packet of apples, shot dead; today Strachan’s painting of the scene holds pride of place in the Durban Art Gallery. When the police warned that they would shoot the crowd if it did not disperse, the Strachans, gambling that they would not shoot white people, stood in front of the guns to the fury of the police, who judged the situation too explosive to manhandle them away.

Realising that the police would not take being thwarted lightly, the couple fled to Swaziland, then home to many other refugees from the South African left. It was a turning point for Strachan, who could not abide the white communists from Johannesburg who ruled the roost.

“They set up a politburo right away, began arrogating power to themselves and disciplining others. They were clearly just compensating for deficiencies in their own personalities” was Strachan’s verdict.

He and Maggie decided to slip back into South Africa and go to Port Elizabeth, well known as the African National Congress’s best-organised bastion. “That was the volcano,” he recalled. “Everyone knew that Govan Mbeki and Raymond Mhlaba [local ANC leaders] ran one hell of a show. We were keen to work with them, but not with the Jo’burg lot.” Strachan began to play a key role in putting out the underground newspaper New Age.

In 1962 came the ANC’s decision to set up a guerrilla wing, Umkhonto we Sizwe, known as the MK. To his amusement Strachan was asked, on the basis of his wartime experience as a pilot in the South African Air Force (SAAF), to become the movement’s explosives expert, inventing and designing bombs. “We didn’t make our own bombs in the air force, man, we bought them from a bomb factory,” he recalled with a laugh.

He began reading school chemistry books and with the help of a black photographer friend, Joseph Jack, who was selected on account of his knowledge of photographic chemicals, began work. “So we go off and drink a certain amount of booze and have faith like anything and set-to with the chemicals,” Strachan said. Finally a demonstration was held on Schoonmaker’s Kop, a deserted beach, where they blew a lavatory sky-high, drawing the comment from one senior cadre: “Comrade, if we’re going to conquer all South Africa one shithouse at a time we’ll all be in the grave before liberation.”