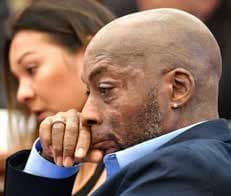 To powers that be of our esteemed Department of Agriculture, Land Reform and Rural Development I must ask: with all the nonstop re-configuration of how to deal with this enormous “land restitution” challenge, can you take a moment to communicate the threat posed by the widely used and popular herbicide Roundup?

Hey, I, myself, am already spreading the warning to my immediate community through my embryonic online newspaper, the Barberton-Elukwatini Guardian. But we black emerging farmers are growing in number and spread around the country, so it’s important to communicate this threat to a community that I doubt makes a habit of keeping up with the news. In fact this threat should be communicated to all farmers, black emerging or others.

Producers of the popular glyphosate-based weed killer Roundup are said to be facing as many as 85,000 lawsuits which claim that the herbicide’s main ingredient, glyphosate, causes cancer. The original manufacturer, Monsanto, was bought in 2018 by Bayer.

Reuters has reported that Bayer is considering a settlement provision in the lawsuits that would bar plaintiffs’ lawyers involved in the litigation from advertising for new clients. Their report added that, while the bulk of the lawsuits are in America, there is also a wave of litigation in other countries, many of which have banned or moved to ban the herbicide.