Shark Mystery: Where Have All The Cape's Great Whites Gone? 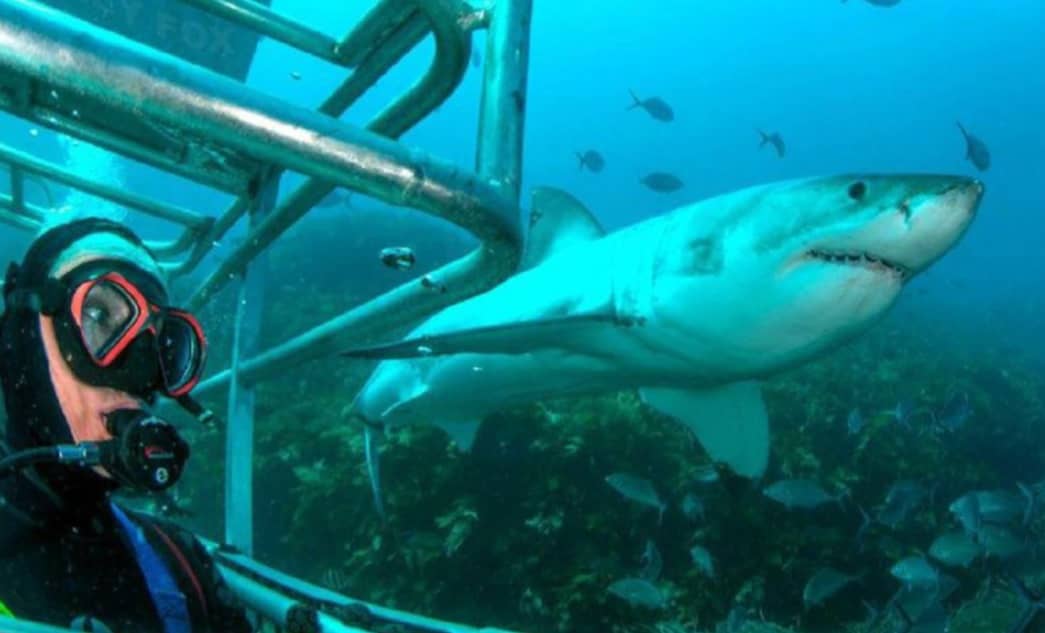 Is the culprit man or beast?

SINCE 1996, CHRIS FALLOWS HAS taken thousands of tourists and dozens of film crews on his boat into Cape Town’s False Bay to see sharks. Winter is his peak season, when great white sharks congregate around the bay’s Seal Island to feed on newly weaned Cape fur seals. Sharks here perform many breach kills, when they fly into the air, making for the spectacular images in the Air Jaws series – largely hosted by Fallows – that has had billions of views on the Discovery Channel.

“The flying sharks of False Bay are now the most famous sharks in the world,” he says.

It’s become increasingly rare to witness breach kills, particularly in the last two years. For more than two decades, Fallows has been keeping records of kills and attempted kills by sharks from his boat in False Bay. These have dropped from a peak average of more than 11 events per trip in 2004 to about 0.3 events per trip in 2017 and 2018. Others have noted a similar decline. What’s happened to the sharks?

Fallows and others in the marine ecotourism business think that the culprit is a long-line fishery that has been targeting smaller species of sharks, including soupfin and smoothhound sharks, which are favoured prey of great whites. Since 2013, about three to six demersal longliners – fishing boats that set lines with up to 2,000 baited hooks on or near the sea floor – have been working the whole southern coast. Fallows says demersal longliners have collapsed stocks of smaller shark species, which may have led great whites to starve or go elsewhere. The fishery may also be directly killing young great whites and protected hammerhead sharks, he believes.

Some scientists say they’ve still not figured out why great whites have declined in False Bay. Other possibilities are that killer whales or changing ocean conditions are driving them out.

“There could be some shift in the environment happening,” says Meaghen McCord, founding director of the South African Shark Conservancy. “With us being on the cusp of possible large climate-related shifts, few scientists are prepared to say anything conclusive just yet.”

Sara Andreotti, a marine biologist at Stellenbosch University, led a study that estimated the total South African population of great whites at only between 353 and 522 individuals in 2011 – making them far rarer than rhinos. She cautions that pointing to killer whales and undefined environmental changes can be “shifting the blame on to something we don’t have control upon”. She’s worried that observations by shark tourism operators – who spend more time on the water than most scientists – indicate a further population decline since her 2011 study, but says no scientifically peer-reviewed data is yet available to confirm it.