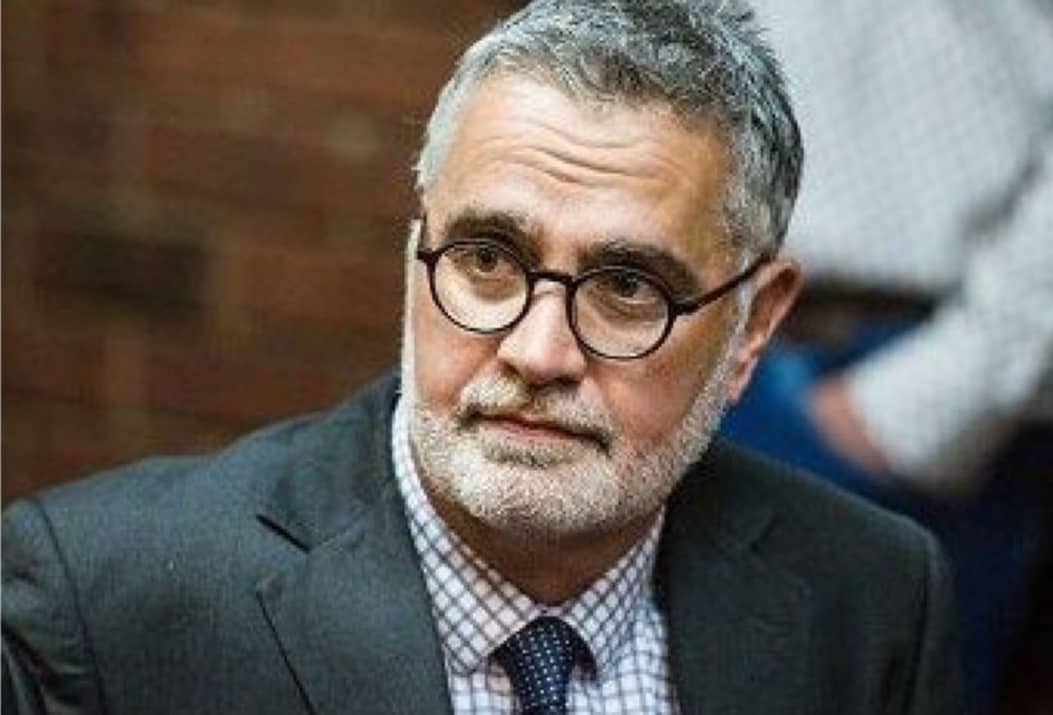 The SARS ‘rogue unit’ trial is scheduled to resume on February 14. Noseweek has uncovered a secret report by the Inspector-General of Intelligence that once more puts the spotlight on that murky affair.

The secret intelligence report into the “rogue unit” at the South African Revenue Ser-vice has been kept under wraps for more than four years. Why, when asked about it, did then Minister of State Security David Mahlobo try to fob off media inquiries with a red herring?

However, the 62-page report has remained classified “Secret”. But Noseweek is finally able to reveal its contents. Up to now, there have only been muted hints: in December 2014 TimesLive ran a brief but intriguing note by Mzilikazi wa Afrika and Piet Rampedi speculating that the Inspector-General had recommended criminal charges “against at least four senior SARS officials”.

The only official indication of advocate Radebe’s findings came on 5 May 2015 when minister Mahlobo told a pre-budget press briefing that the Inspector-General of Intelligence (IGI) had found no wrongdoing on the part of State Security Agency operatives. “There is no issue about (SA Security Service) rogue elements trying to destabilise the South African Revenue Service,” he said.

Mahlobo only came out with this inconclusive snippet because 12 days earlier Adrian Lackay, SARS’s former press spokesperson who had resigned in a fit of pique that February, put out a statement through the DA revealing the opening portion of the testimony of the controversial unit’s leader Johann van Loggerenberg to the secret investigation.

Van Loggerenberg, said Lackay, had presented 34 related “instances” to Inspector-General Radebe, and identified over 60 individuals he believed should be interviewed. “He provided the IGI with multiple data and evidence, including a memory stick containing whatever information and data was in his possession.”

Almost right. The IGI’s “Secret” report, whose contents we now present, tartly observes that in the first of two interviews with him – where he was accompanied by an attorney and two advocates – Van Loggerenberg “attempted to direct the interview by proposing that he has 38 themes on which he would like to advise the IGI team. Coupled with this he provided the names of 64 people he felt the team should interview… He was advised he should desist from directing the operation and the team would decide what questions to put to him.”

What’s it all about? On 10 August 2014 City Press published a story by Jacques Pauw claiming that a 15-strong team of contracted agents from the Special Operations Unit (SOU) of the SSA, with access to sophisticated listening and tracking devices, was conducting a dirty tricks campaign working to oust top SARS management. Targets, said Pauw, included acting commissioner Ivan Pillay and veteran investigator Van Loggerenberg.

A member of the dirty tricks SOU team, wrote Pauw, was Pretoria attorney Belinda Walter, whose seven-month romance with Van Loggerenberg had ended acrimoniously three months earlier. The City Press story followed hot on the heels of Walter’s complaint to SARS claiming her former lover was heading a rogue unit within the Revenue Service. She claimed Van Loggerenberg was mentally ill, unstable, corrupt, a pathological liar and a sociopath.

(References to his disturbed mental and psychological condition were not entirely without substance: following incidents after the break-up of their romance in 2014, Walter sought a domestic violence order against Van Loggerenberg in the Pretoria Magistrate’s Court. Attached to the opposing affidavit he filed was a letter from his counselling psychologist Dr Elaine Bing stating that “Mr Van Loggerenberg has “never shown aggression in my presence or indicated aggression or anger towards anyone”.

Bing goes on to give full details of Van Loggerenberg’s mental condition. She states that a psychiatrist, Dr Marlene Viljoen, initially diagnosed him with social anxiety disorder and panic attacks, but after a few sessions with Dr Bing she concluded that he also had bipolar II disorder, with alternating periods of major depression and hypomania. Between January 2010 and the time of her writing the letter, he’d had a total of 113 psychotherapy sessions with Bing.)

In his City Press piece Jacques Pauw wrote that Belinda Walter was an agent for the Special Operations Unit of the State Security Agency, when in fact she was registered as Source 5332 in the agency’s Economic Intelligence Unit. In her report the Inspector-General commented: “The only possible inference that can be drawn is that this fabricated information was passed on to the media from persons not familiar with the structures of the SSA in an attempt to detract attention from SARS.”

The IGI found that no reliance should be placed on Pauw’s report “as it contains information that is tantamount to peddling. We further find the media reports seek to diminish the allegations against SARS by drawing attention to the SSA. It is recommended the origin of the newspaper reports be pursued to establish the real motive for this particular newspaper publishing disinformation. And that criminal action be taken against those responsible.”

Some of the Inspector-General’s more notable findings in the Secret Report:

SARS created a covert unit utilising covert and intrusive methods in direct contravention of its mandate. Only the President, said the IGI, could establish an intelligence service by way of national legislation. Establishing a capacity which was the exclusive preserve of the intelligence services within SARS was clearly illegal;

SARS had created an interception and monitoring of communications capability which went beyond targeting tax offenders, but was utilised for political purposes;

Pravin Gordhan, Ivan Pillay and Johann van Loggerenberg had established the unit and recruited persons with a specific skill set to engage in activities outside the SARS mandate. Strategic planning risk group head Peter Richer had knowledge of the unit and contributed to its functioning. Criminal charges should be investigated against all four.

Van Loggerenberg had acted in contravention of the Tax Administration Act through the disclosure of taxpayer information to unauthorised persons; Payments of legal fees by SARS for legal representation of Van Loggerenberg were unprocedural, and the conduct of Pillay in authorising such should be investigated;

The payment of Van Loggerenberg’s legal fees should be stopped immediately; SARS should produce a credible inventory of operational equipment used by SARS’s National Research Group in the course of its covert activities. This must be confiscated and handed over to the mandated structures.