SA doubles down on double standards 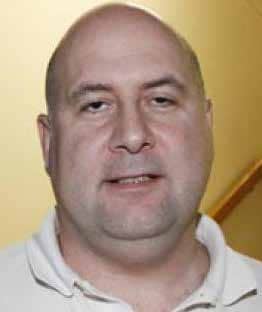 IRONICALLY, THE SOUTH AFRICAN government ended up being the biggest beneficiary from the col-lapse of Barry Tannenbaum’s multi-billion-rand Ponzi fraud rather than the creditors.

Readers will recall how hundreds of wealthy South Africans were tempted with too-good-to-be-true quick profits to invest large sums – some individuals invested tens of millions of rand – supposedly to be used to fund the importation of the raw materials used to manufacture drugs for the treatment of HIV/Aids.

The documentation was faked and simply served as a cover for a cash pyramid or Ponzi scheme – essentially, an illegal form of gambling. Money invested by later players is used to pay profits to earlier players. Those who enter early stand to make huge profits, the bulk of players who buy in later will probably lose all they invest when the collapses – which it inevitaby must when the scheme can no longer recruit larger and larger numbers of new investors.

Making matters worse for the numerous latecomers to the scheme – which was sold to them as a legitimate, though somewhat miraculous, investment – when it collapsed in 2009, SARS and the National Prosecuting Authority’s (NPA) Asset Forfeiture Unit (AFU), between them grabbed over R91 million found in the operators’ bank accounts.

A high court judge placed Tannenbaum’s local estate into provisional liquidation in June 2009, and the order was made final in August of that year. In July 2009, the AFU provisionally froze three accounts held by Darryl Leigh, one of Tannenbaum’s main accomplices.

NPA Gauteng spokesperson Phindile Mjonondwane said that the AFU had subsequently obtained four court orders against Leigh and another Tannenbaum accomplice, Dean Rees, which had garnered a total of R58.4 million.

On August 18, 2010, the AFU obtained the first court order that saw R49.4 million in cash from Leigh’s accounts handed over to the state.

“The money was paid into the Criminal Assets Recovery Accounts (CARA),” Mjonondwane said.

The CARA is a separate account in the National Revenue Fund in which monies and property get deposited following a judicial forfeiture or confiscation order. A Criminal Assets Recovery Committee, which usually consists of state ministers, decides how the CARA money is spent.

The AFU sold the car at public auction for R2.08m and the money was paid to the CARA.

The third court order was handed down on June 12, 2013, and resulted in R30,000 in cash from a Stanlib account that belonged to Leigh, being handed over to the state.

The fourth court order resulted in the AFU’s taking over a property in Camps Bay, Cape Town owned by Leigh. Leigh bought the house in November 2007 for his daughter, Laura Haude.

“The matter went to court but was eventually settled. In terms of the settlement, the property was sold for R13.85m. An amount of R6.95m was excluded from the forfeiture order (giving consideration to the renovations and improvements made by Laura Haude to the property). The balance of the proceeds of the sale, less curator fees, was paid into the CARA,” Mjonondwane said.

Leigh bought the property for R8.8m for Haude and registered it in her name when she was a 25-yearold student. She is now an attorney and a director of Cape Town-based law firm Hofmeyr and Haude Inc.

When Noseweek contacted Haude she confirmed that she was Leigh’s daughter but declined to comment further.

Mjonondwane said that the trustees of Tannenbaum’s insolvent estate litigated against the AFU to have the R49m that was seized from Leigh handed back to them for distribution to investors who had lost out.

“However, the court ruled that the money was the proceeds of criminal activity and as such was tainted and could not be handed over to the insolvent estate… The insolvent estate filed a notice to appeal the judgment but later abandoned it,” she said.

Both the people who set up the scheme and those who contributed to it all committed criminal offences, she added.

The Unfair Business Practices Act declared that the operation of or participation in a multiplication scheme, offering an effective annual interest rate of 20% and more, above the South African Reserve Bank’s repo rate, to any participant was unlawful, Mjonondwane said.

“Therefore, all participants who invested in an unlawful multiplication scheme will have acted unlawfully. Investors who invest in such schemes must be aware that they are at risk of losing their investments, not only by the orchestrators of the scheme but also to law enforcement agencies. It should serve as a further deterrent by the general public not to get involved in such schemes,” she said.

The NPA’s Special Commercial Crimes Unit (SCCU) has to date charged no one criminally nor arrested anyone concerning the Tannenbaum Ponzi scheme, despite the scheme’s having been an obvious fraud, Mjonondwane said.

Tannenbaum fled to Australia in 2007 and his main agent/ accomplice, attorney Dean Rees, absconded with his family to Switzerland in early 2009 in a Boeing they had hired for the purpose.

The NPA has never applied for the extradition of either of them back to South Africa, despite Noseweek having reported in November 2009 that “arrests are expected soon”.

“At this stage, no one has been charged, and there has been no extradition process,” Mjonondwane now admits. This is despite the fact that at the second creditors’ meeting of the Tannebaum estate on 16 March 2011, a note prepared ahead of the meeting by the trustees stated: “We have been informed by the NPA that they intend to apply for [Tannenbaum’s] extradition.

“International warrants of arrest for Tannenbaum and Rees were issued but have not to date been executed,” they added.

South Africa has an extradition treaty with Australia but not with Switzerland.

In the past, attempts to extradite South Africans from Australia have proven difficult. This is due to an Australian court ruling in December 2004 related to a certain Jacob de Bruyn.

The Tannenbaum Ponzi scheme highlighted the weaknesses in the South African Insolvency Act of 1936, and it was in urgent need of being updated, mainly to allow for cross-border transactions, a source said.

SARS, by law, is a preferential creditor in any liquidation, which places it ahead of concurrent creditors, which in this case would have been mainly people who invested in the scheme, lost out and submitted claims to the trustees of the Tannenbaum insolvent estate.

The estate paid SARS R32.7m. Lawyers involved with the estate were paid out a total of R33.3m, according to the first liquidation and distribution account.

Other parties to get significant income from the insolvent estate were forensic investigators, who got paid R13.3m, while the trustees’ commission was R9.9m.

After these payments, the balance remaining in the estate for distribution among 105 creditors – who had claims of almost R164m – was R10.8m, according to the first liquidation and distribution account.

Many wealthy people who put money into the scheme lost out. Several submitted claims that were rejected or they were paid out well short of the claimed amount.

The three joint trustees of Tannenbaum’s insolvent estate are Gavin Gainsford, who at the time worked for KPMG and now works at GCW Administrators, Vincent Matsepe of Matsepe Inc and Shirish Kalianjee of Shirish Kalian Attorneys.

Noseweek sent Kalianjee several questions regarding the Tannenbaum estate, but he didn’t respond.

Shireen Velayadum, on behalf of the three Rees liquidators, said that the inquiry into the insolvent Rees estate ran for four days, during which time the trustees interrogated 15 witnesses, and the probe closed on 2 July 2018.

In contrast, the Tannenbaum insolvency inquiry ran for 40 days intermittently from April 2010 to November 2011, and more than 200 witnesses gave evidence.

The inquiry received substantial information including pages that numbered in the thousands, Velayadum said.

The trustees did not travel to Hong Kong to access Rees’s bank accounts there, Velayadum said.

“We obtained bank statements of known bank accounts for the insolvent,” she said.“The trustees of the Rees estate did not travel outside of South Africa in the course of administration of the estate.”