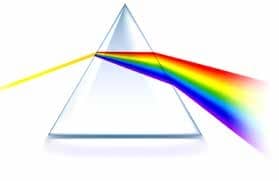 The colour of bad science.

SCIENCE IS THE ANTIDOTE TO OUR common sense interpretations of the world. It has shown us how our “of course that’s true” impulses will lead us down the wrong path. Common sense tells us that the earth is flat, vaccines do more harm than good, and that black people are intellectually inferior to all other ‘races’.

In my work as a science communicator, I find that a lot of researchers are averse to making matter-of-fact statements about most concepts, as that’s part of their training because nothing in science is 100% certain.

While science shows that there is no biological basis for race, what they are not allowed to say is that race is bullshit; a flawed human concept used for centuries to treat others with physical and psychological violence. This leaves room for a savvy misinformer to claim that race is a thing because they can see it with their eyes, as common sense tells them.

This kind of thinking should never be part of the scientific agenda seeking to understand the world, but as with other human institutions, our worst impulses infect even the reasonable world of science. That’s how I can best make sense of the bad science making headlines recently in the form of a now-retracted paper that studied the “cognitive abilities” of coloured women in the Western Cape.