Mirror, Mirror On The Wall, Who Is Cleverest Of Us All? 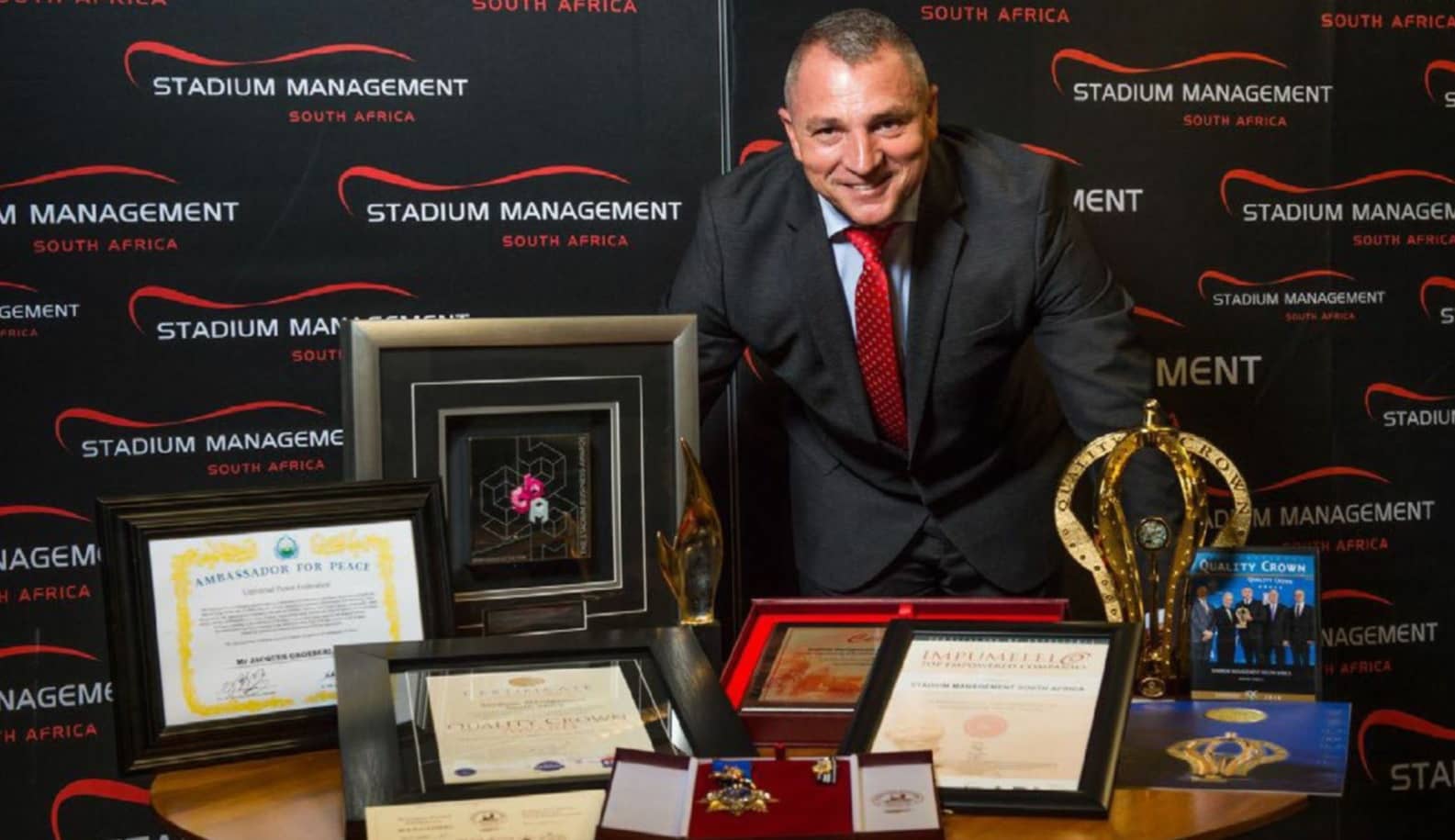 For a start, few people could have received as many awards, both international and local, as he has over the past three years. (Check the list alongside!)

Over the past year the company’s CEO has spent an amazing amount of time and money – presumably mostly his employer’s time and money – travelling from one international awards event to the next: Mexico in March; Berlin, then Dubai in April (where he was awarded his honorary doctorate); back in Mexico on 9 June; straight on to Manchester UK on 11 June; Miami Beach, Florida on 25 July; London on 18 November; Las Vegas on 10 December; Oxford UK on 20 December.

Already scheduled for 2019: Lisbon on 10 February and Paris on 2 March. Interspersed amongst these were another half-dozen local award ceremonies.

Obviously Grobbelaar doesn’t spend much time in the office, but then who’s to complain; the MD of the company is his brother Bertie?

Are you uncharitable enough for this excess of awards to have made you just a tad suspicious? It did make Noseweek suspicious.

An internet search finds a September 2012 report – yes, that long ago already – in Sri Lanka’s Sunday Times which reads:

“Earlier this year, the ailing State Engineering Corporation (SEC) [of Sri Lanka] proudly announced winning an international award for its ‘high quality service’ at a ‘Standards Conference and Awards Ceremony’ held in Paris. However, the honour came with a €3,900 price tag which the SEC paid to a dubious Spanish company named Business Initiative Directions (BID).” That sure rings bells! See items 3, 11, 14 and 15 on “Dr” Grobbelaar’s list.

The Sri Lanka paper’s report continues: “The Spanish Consulate in Mumbai said BID was a fraudulent company and the Honorary Consul for Sri Lanka in Barcelona, Agustin Llanas called BID a spam company that sells awards.

“SEC officials said they checked the legitimacy of BID before paying online. SEC, under the Ministry of Construction and Engineering Services, paid for the award plus travel expenses from the corporation’s budget...”

More than a year ago The Times of London published a report by Billy Kenber in which he revealed that the Europe Business Assembly (EBA), which advertises itself as an Oxford institution, sells made-up prizes such as “The International Socrates Award” and “The Queen Victoria Commemorative Award” for as much as R135,000.