Liquidators Given The Boot After 11 Years Of ‘Reckless Neglect' 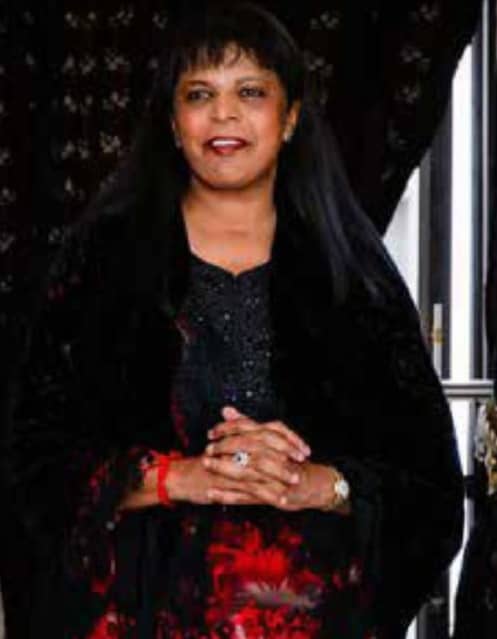 Once-celebrated Lenasia businesswoman Dolly Naidoo rises from the ashes to face off with lenders, recklessly languid liquidators – and the mighty Asset Forfeiture Unit

ELEVEN YEARS AFTER THE COMPANY that owns the Sheffield Plaza shopping centre in Lenasia, south of Johannesburg, was put into liquidation, the liquidators had still not filed a report of their administration with the Master of the High Court. They also failed to file a liquidation and distribution account, which by regulation they should have done within six months of their appointment.

In all that time the two liquidators of the company, Yamani Properties 1015 (Pty) Ltd, missed numerous deadlines to file the account – and the Master’s office had not inquired as to why, nor reprimanded them for their non-compliance.

In the meantime, a prospective buyer, Pannicos Protopapas (better known as Panico Protopapa) has been left in possession of the shopping centre without having paid anything for it, for almost ten years. Nor has he paid any rent for over eight years, despite collecting monthly rentals from all the tenants – and none of it has been accounted for to the liquidators.

Also implicated in this extraordinary legal fiasco is Business Partners, the entity founded decades ago by the late Dr Anton Rupert and his son Johann to fund small to medium businesses, as well as the state’s Asset Forfeiture Unit.

All of them claim to be innocent of any wrongdoing.

In February this year the two financially devastated majority shareholders of Yamani Properties, sisters Dolly Naidoo and Arthilutchmee Chetty eventually brought an application to court for the dismissal of the two Pretoria based liquidators, Stephen Anticevich and Rina Stroh (see noses49;101&112), who were appointed provisional liquidators in 2008 – an appointment that was made final only in 2012.

Naidoo and her attorney Sybrand Tintinger, an insolvency lawyer, did raise the issue of the handling of the Yamani estate with the Master of the High Court in Pretoria. However, while the Master did note issues with the Yamani liquidators, the lack of any action resulted in Naidoo and her sister applying for their removal.

In a letter dated 15 January, Christene Rossouw, Deputy Master of the High Court in Pretoria, disclosed that Anticevich had been “removed in a matter in the Pretoria High Court several years ago due to his failure to finalise an estate in a reasonable time”.

Rossouw wasn’t very complimentary about co-liquidator Stroh either. In a letter addressed to Stroh, Rossouw said: “Please note that the Master has received several complaints, mostly by creditors in matters where you are appointed, that they are experiencing difficulty in communicating with you.” As did Noseweek.

The applicant Naidoo owns a 40% stake in Yamani and her sister, Chetty holds a 10% stake.

“The estate of [Yamani Properties] was not administered at all according to the applicable legislation framework (Companies Act, 1973, Companies Act, 2008 and Insolvency Act, 1936) by [Anticevich] and [Stroh]. This is a text book example of how an estate should not be administered by liquidators,” Naidoo states in her founding affidavit submitted to the North Gauteng High Court.

“In spite of the fact that the company was placed in liquidation in 2008 and the liquidators were already appointed on 16 May of that year, they have to date not filed with the Master any reports, any accounts or given any meaningful feedback to the Master, until after demands were recently addressed to the Master [by attorney Sybrand Tintinger] on my behalf, as to what they had not done in the estate in liquidation.

“Hastily, a very vague report was put together, emphasising rather their lack of action and flouting of their law imposed obligations,” Naidoo wrote.

“In short, it would appear as if the liquidators have simply abdicated all their duties and functions to [Business Partners], as the then only secured creditor in the estate… They could not care to do their work.”

Business Partners owns a 40% stake in the company in liquidation, and has a claim for about R2.6 million against the estate.

On May 14 this year a high court judge granted the application and ordered that Anticevich and Stroh be removed as liquidators.

The replacement liquidators, Conrad Alexander “Alex” Starbuck of Lex Star Trustees and Jacolien Barnard of Barn Trust, were appointed by the Master of the North Gauteng High Court on 7 June this year.

On September 12, Anticevich and Stroh filed a notice of motion to reverse their removal as Yamani liquidators. Frey said that the matter would be heard in May 2020.

Noseweek sent Anticevich questions regarding his handling of Yamani’s liquidation but he did not respond.

He wrote in a letter to the Master in January: “This allegation of abandonment of the administration is without any substance.”

Noseweek was unable to locate Stroh.

Naidoo’s attorney, Tintinger, says in a letter to Rossouw dated 15 January: “Stroh does not know what is going on in this estate.”

“What is equally worrying,” says Naidoo in an affidavit, “is that a Master’s file should have proof of insurance of assets”. There is no such proof.

“The complex was, irregularly, not advertised at all or sold on tender, but simply sold out of hand to the chosen purchaser for R3.5 million plus value added tax, before any meeting of creditors or shareholders.”