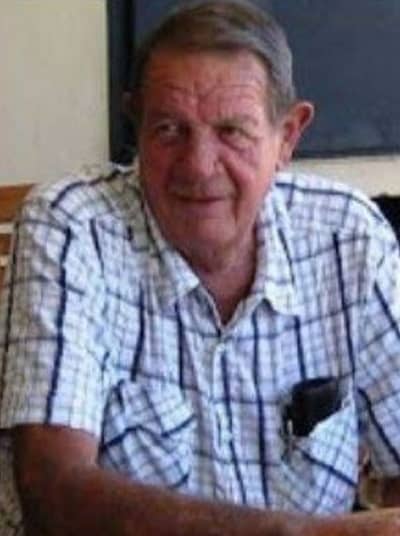 ‘Kind and loving’ con-doctor has been at it for years, while HPCSA dismissed a 2012 complaint

ROGUE DOCTOR AND CONMAN Johann Anton van Rooyen (nose231) has been up to his tricks for many years, it emerges, judging from responses to the story about how he exploited 82-year-old Cape Town woman Marguerite Harness-Wood.

But Van Rooyen, who was struck off the roll by the HPCSA in 2017 for unprofessional conduct after using his doctor/patient relationship in another case to enrich himself, is clearly an old hand at the game.

Retired Sunday Times investigative journalist Jon Abbott was already on to Van Rooyen in 2011. Abbott, who writes a regular blog titled Dearjon Letter, tells Noseweek he encountered the conman-doctor that year when he was commissioned to investigate his relationship with a former patient.

Prior to Van Rooyen’s hearing at the HPCSA, Abbott broke the story in his DearJonLetter about how the doctor had exploited an elderly patient, Richard Rowberry, now deceased. Abbott had submitted a letter of complaint to the HPCSA on behalf of Rowberry’s son Eric in October 2012.

At the time, Abbott heard via the grapevine that Van Rooyen was talking about suing him for damages for “prejudging the hearings”.

In a July 2016 blog entitled “Caring doctor who cashed cheques for his elderly patients”, Abbott wrote: “In 2011 Eric Rowberry, who was then working in West Africa, asked me to look into Van Rooyen’s relationship with his father Richard who died aged 69 at his home in Cape Town on 21 July 2010. Van Rooyen had begun treating him four months earlier when he was diagnosed with terminal lung cancer.

“During this time the doctor went to the bank, allegedly on Richard’s behalf, and cashed seven cheques made out to cash, totalling R68,000. There was no dispute that the doctor cashed the cheques and the fee he charged for all his services was an agreed R5,000 a month.

“The only statement Van Rooyen gave the family was for a total of R30,000 and as one of the beneficiaries, Eric wanted to know where the rest of the money had gone.

“Eric, who had considerable email correspondence with Van Rooyen, told me, ‘The doctor’s argument has been that he was doing my father a favour by going to the bank for him as he was too weak and he was worried my father would catch a cold/pneumonia. I don’t buy this as he was strong enough to take me to lunch; tour Robben Island and drive himself to Calitzdorp (a round trip of 800km from Cape Town). It was totally out of character for my father to spend money like this. He was frugal to say the least.’”