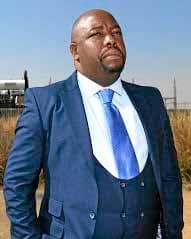 TSHWANE METRO MUNICIPALITY acquired a piece of bare farm-land for R48 million after their internal valuator had already found it was only worth about R10m. This is the fourth such transaction that Noseweek has uncovered. All were bought at hugely inflated prices shortly before the ANC lost the municipality to the DA in 2016.

Noseweek has already reported how middlemen made almost R180m overnight in back-to-back transactions, without spending a cent of their own money (nose238,239&241). The stories were published over a period of three months, yet Tshwane Metro – neither the ANC nor DA-led administrations – reacted in any way until the civil rights movement Afriforum opened a criminal case against the municipality at the beginning of October this year. The mayor, Stevens Mokgalapa, then hastily appointed a firm to conduct a forensic investigation – a probe that will probably take many months before its findings are made known.

Our most recent discovery involves the council’s purchase of the remainder of section 38 and section 124 of the farm Hartebeesthoek 303, located about 25km north of Pretoria city centre. The title deed shows that on 8 October 2015 the two portions, each covering 6.424 hectares and still zoned as agricultural land,were registered in the name of Tshwane Metro. The purchase price: R48m.

The process of buying this land at that outrageous price began in early 2015 when Metse Mabeba, a director at Tshwane’s housing and human settlements department, asked colleagues who value properties at the municipality, to appraise the two adjacent portions of the farm Hartebeesthoek. At that stage negotiations to acquire this land were already underway between the owner, Phanda Projects (Pty) Ltd, and Tshwane Metro.

Mankuroane Matseba, a professional valuer employed by the municipality, valued the land at R800,000 per hectare and, according to his figures, the portions were worth R5.2m and R5.355m respectively, totalling just over R10.5m for the two.

It seems however that the metro’s housing and human settlements director Metse Mabeba and her boss, Nava Pillay who was acting executive director of the department at the time, had already received an external valuation of R48m from Phanda Projects, dated 22 February 2015.