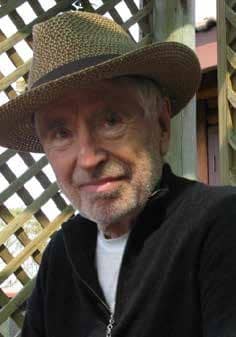 OUR SCHOOL WAS IN THE MIDDLE of the bush, ten miles from the nearest town in the harsh beauty of the Zimbabwean highveld. It started life in World War II as No 26 EFTS Guinea Fowl, a Royal Air Force elementary flying training school and I arrived there in 1954, just seven years after it became an all-white co-ed state boarding school.

The boarding houses were the cadet pilots’ barracks, now called hostels, named after wartime bomber aircraft: Wellington, Lancaster, Sterling, Lincoln and Blenheim. The bell that roused us in the mornings and rang to notify the end of lessons, as well as to rally us out of bed in the middle of the night to fight encroaching wildfires, was the piercing wail of 26 EFTS’s air-raid siren. In the Sixth-form classroom hung a framed letter titled An Airman’s Letter to his Mother.

This was years before UDI, Rhodesia’s Unilateral Declaration of Independence. Then Southern Rhodesia was a self-governing colony and part of the Federation of Rhodesia and Nyasaland. I was an odd addition to the pupil strength, being decanted without much consultation at age 15 from my 400-year-old all-rowing and-rugby English public school, and dropped off the steam train at Gwelo in the middle of the night with my mother and sister, who were heading on for Salisbury, now Harare, en route for a new life in Nyasaland, now Malawi.

Later that Sunday the headmaster collected us all in Gwelo, whisked my mother and sister off to his house for lunch and dumped me at Wellington hostel, where a boy with fuzz on his cheeks called Frost helped me carry my large tin trunk into Middle Dorm, where I underwent intense grilling from the inhabitants.

“Do you play rugby?”

“Yes”. I felt on safe ground here, as my public school was one of England’s top rugby schools.

A baffled silence. Then: “Bullshit! No such position!”

“Fuckin Pongo!” muttered someone. Then a voice piped up: “Hey, isn’t that the same as flanker?” It was.

For good measure my reception committee hit me with a barrage of Afrikaans – even the English-speakers seemed adept at the language – which left me wondering how long I’d survive in this hellhole. But it was mostly good-natured and only once was I hit with the old Boer War sin: “You Brits put our women and children into concentration camps”. However, I was battle-hardened by five years at my English public school, from its pre-prep “Inky” to the Monday night thrashings – they called them slipperings – in Upper School for trivial misdemeanours. These were delivered by the house prefects. “You’re going to get six! Take off your dressing gown!” the head of the house would announce grimly, and each perfect thundered the length of the senior changing room to deliver his whack with an enormous wooden clothes brush on our pyjama-clad behinds.

Although already 15 when I arrived at Guinea Fowl, I was selected to play for the under 15s in the following all-important Saturday’s home game against arch-rivals Milton from Bulawayo, or was it, Prince Edward, from Salisbury? I thought I would be too old for this age group, but apparently, it depended on the date of your birthday in relation to the current rugby season, and I just scraped in. That outing eased my reception into the school, and even Frost, my helper with the trunk who was also in my class, seemed to approve.

But I came unstuck in the next inter-school match. This time I was relegated to reserve and as such had to act as a linesman. I’d never done this role before, and was baffled by the hand and flag signals I had to make: did I point to the side who had put the ball out of touch, or the side who should take the throw-in?

My dismal performance gave the entire school, massed in the pitch-side pavilion, a sideshow that they pounced on with glee. Screams of derision greeted me every decision. I still don’t know how I managed to survive the game, but I never stepped on a rugby field again. I blamed the U15 coach, the gym master known as Slimy, for putting me through this ordeal.

Wellington House was rows of barracks connected by a central corridor. At one end was the prep room, then Senior Dorm, Middle Dorm and Junior Dorm, with intervening locker rooms. The ablutions block consisted of cold-water showers (never used) and a row of eight-or-so baths, into which we jammed ourselves morning and evening, three or four to a bath, legs hanging over the edge. The toilets were disgusting and apparently escaped the eagle eye of our matron, the chain-smoking Mrs Poisson. The floor swam in urine, with boys from farms squatting high in the rafters for long-distance craps – they were accustomed to a hole in the ground and their bowels refused to function on a normal pedestal.

My single appearance for the under 15s spared me the ordeal of the traditional New Boys’ Concert when the annual intake of 13-year-olds in Junior Dorm underwent a scary initiation. Before it was banned, this included running naked down the long corridor linking the dormitories, lined with boys wielding wet knotted towels, causing at least one knock-out.