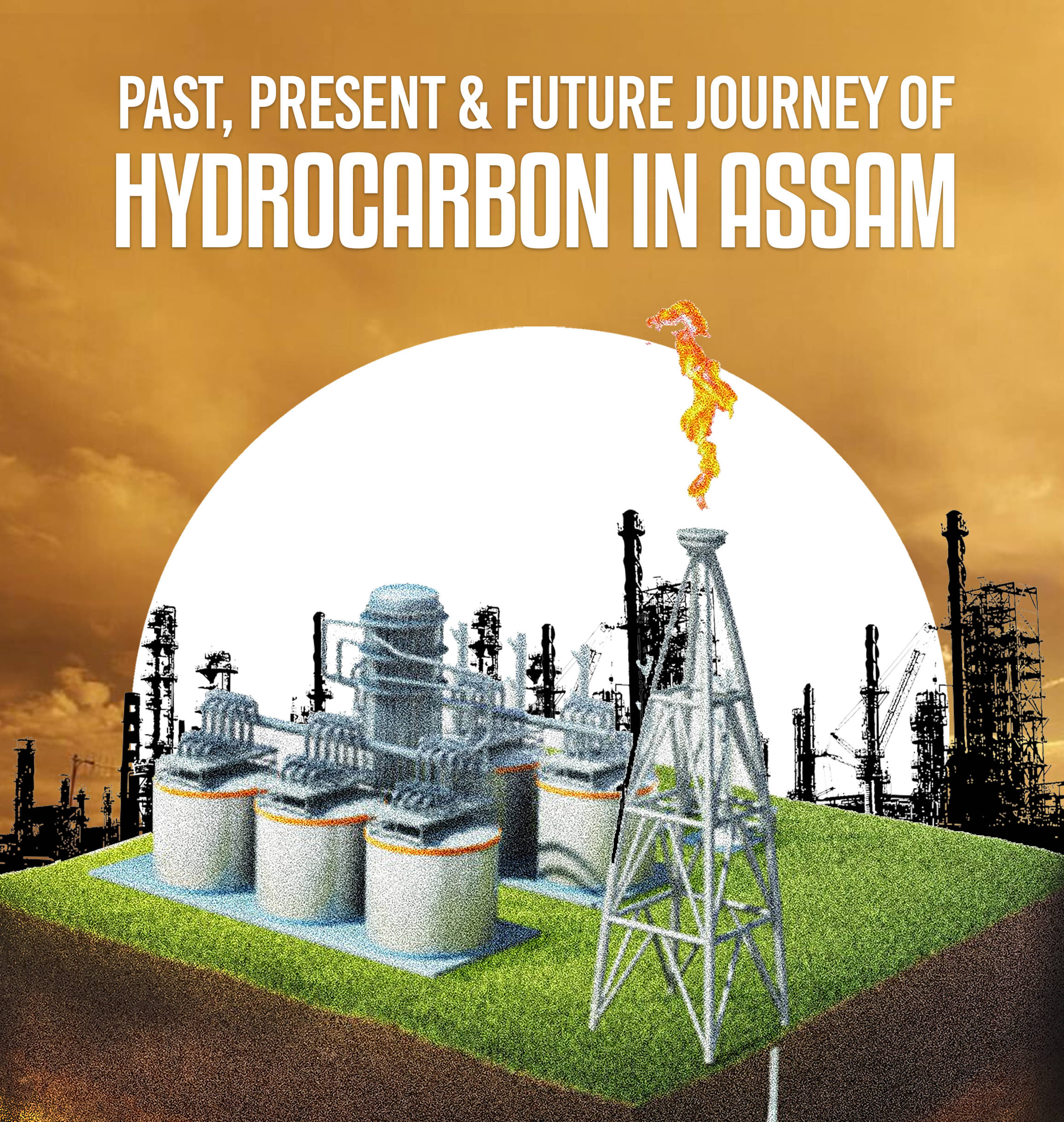 The history of oil exploration and the journey of its extraction in Assam has been the result of British colonial expansion policies that always intended to augment financial health of Great Britain by means of extorting natural resources particularly in the colonies of the third world. The colonial ruler’s first choice was to find such resources in those places where they could easily avoid any kind of human contact and conflict and could establish an un-interrupted supply of natural resources. Therefore in India, the largest colony of British Empire till the middle of last century, the initial exploration was made in untouched virgin forest, barren lands and those frontier regions where the human settlement rarely existed.

Going behind such rule of colonisation British administration after the annexation of Assam in the first quarter of 19th century started their resources related expedition in this region which eventually created another history in oil exploration in India. In April 1828, a young British officer, in charge of one of the upper Assam expeditions, ventured up the Dihing river, a tributary of Brahmaputra river and noticed muggy signs of oil on the surface of water. The officer recorded such observation in his official report. In 1865, Mr. H.B. Medicott, a Geologist was deputed to visit the coal areas of Assam. His report recommended experimental borings, to taste the value of oil at Makum, close to Margherita towards the south of Dihing River. It was only just seven years after Edwin L. Drake drilled the world's first oil well in 1859 at Titusville, Pennsylvania, USA, another historical discovery of oil took place in a remote corner of Assam in the midst of the dark and dense jungles, by a group of avant-garde pioneers searching for black gold. The story of oil exploration in Assam is a mixture of both oral and written documentation. The authentic version of the story goes like such.

The Assam Railways & Trading Company (AR&TC) registered in England and engaged in transportation and trading of coal, tea and timber from the north-east of India was planned to build a railway line from Dibrugarh to Margherita (Headquarters of Assam Railways and Trading Company). Mr W.L. Lake, a Canadian engineer worked under the said company had the responsibility for extending the Dibru-Sadiya railway line to Ledo. During the construction time, in the year 1867, a herd of logging elephants returned to camp with their feet covered in oil after a night time excursion to find food and water. This led Mr.Lake to trace the seepages and finally discovered the natural leakage amidst dense forest. Looking this, the ecstatic engineer cried out to his men, “Dig boy, dig. Probably the name of the town Digboi itself came from that word. So that story gave birth to the Oil City of Assam where the first oil well in Asia was drilled. The first refinery was started here as early as 1901.But most interestingly traces of oil in the north-east were discovered even earlier. As early as 1825, army officers passing through the jungles in upper Assam found petroleum oozing out of the banks of rivers flowing by the jungles. In the year 1967 Mr. Goodenough of McKillop, Stewart and Company, Calcutta, drilled a hand-dug well of 102 feet at Nahorpung near Jaipur about 30 miles south-east of Digboi. It was India’s first well that had been failed to establish satisfactory production. In his second attempt on 26 March 1867, oil was struck at merely 118 feet (35.97-m) at Makum near Margherita area of Upper Assam and it was Asia's first mechanically drilled well. Subsequently, a number of wells were drilled in Makum and Namdang areas of Margherita and these wells produced crude oil in minor quantities for many decades. The AR&TC drilled the first commercial well Digboi-1 in between September 1889-November 1890 with a depth of 662 feet and it had an initial production of 200 gallons per day. This had developed a new era of exploration and production of oil in this frontier region of India and the oil industry of India officially born. 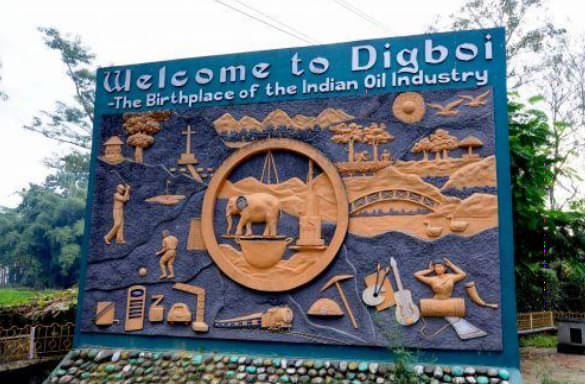 Since AR&TC did not have any capability of its own in drilling and petroleum refining, it formed a new company called Assam Oil Company (AOC) in 1889 solely for taking care of its oil interests. Before this in 1893, AR&TC installed a miniature test refinery at Margherita where crude oil was sent from Digboi by train. The products included limited quantities of kerosene, lubricating oil, timber staining and preserving oil, iron coating oil and wax. After the institutional formation the AOC started construction of a full-fledged petroleum refinery in 1900 and commissioned it in 1901. Thus the Asia’s first oil refinery was established in remote town of Assam which is still continuing its production. Unfortunately within a few years of inception the IOC became ineffective both technically as well as financially due to a number of reasons that includes failure to utilize geologic reasoning, mismanagement, erroneous investment and lack of proper technical support. Later on UK based Burma Oil Company (BOC) arrived in 1911 in Upper Assam (Surma Valley) and in 1915, after acquiring Oil interest from Budderpore Oil Co. Ltd began testing option in the Badarpur structure in the Surma valley. Gradually by 1921, in a phase-wise manner, BOC acquired petroleum interests of AOC. In 1937, BOC jointly with British Petroleum (then Anglo Iranian Oil Co.) and Shell had proposed before the Govt. of India to carry out a geophysical survey in some of the important plain areas of India. The proposal was accepted and the Assam Government issued a new form of grant known as geophysical license for doing this work. In Assam, successful seismic survey was carried out in Naharkatia during 1937-39, generating new zeal in oil search and it became forerunner of discoveries in Assam basins and others also.

After India’s independence by 1948, Geological Survey of India (GSI) started geophysical survey in Cambay area. The first oil discovery in independent India was made by AOC on 1953 in Naharkatia and then in Moran in 1956 both in Upper Assam. Even after the independence the oil industry remained operated by foreign company for a considerable period. Burma Oil Company (BOC) kept its position as the largest company for a significant time. In the meantime, in 18th February 1959, for development and production of Naharkatia and Moran prospects and to increase the pace of exploration in Assam, Oil India Private Limited was incorporated as a rupee company to take over BOCs affairs in Assam.