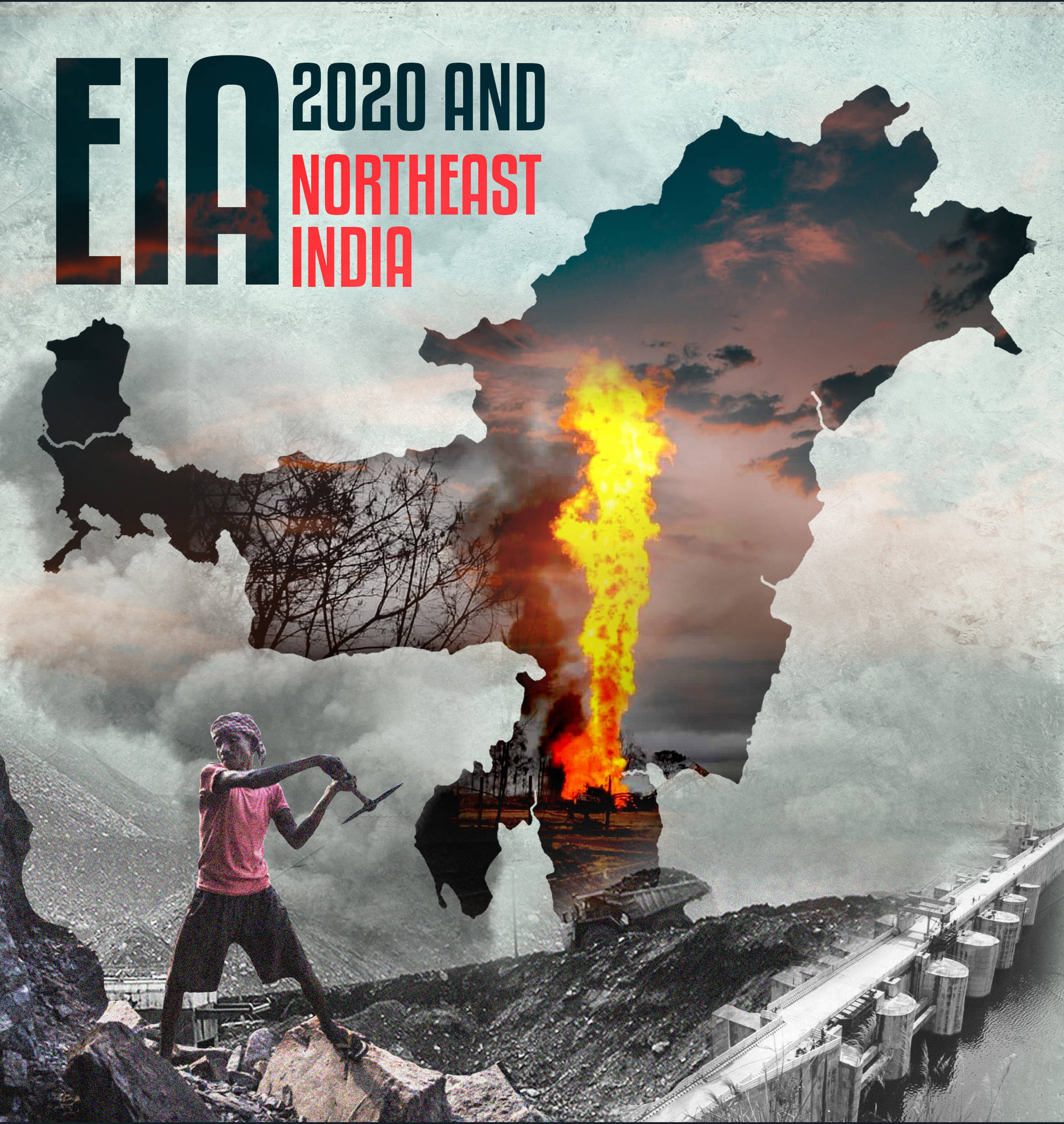 Over the past few months the unexplored paradise has faced some grave environmental consequences. Floods, landslides, earthquakes has been an annual affair, adding to its woes is the Baghjan oil well blowout and then the pandemic. At a time when the region was facing various crisis amid crisis, came the Government’s decision regarding the Environment Impact Assessment (EIA) 2020. There is no denying the fact that with the advent of the industrial revolution, the need for economic development has touched every sphere of life. Eventually, the economic priorities have engulfed the need for conservation, thereby affecting lives, livelihood and the environment. Northeast Today writes

The recently proposed draft of the EIA, 2020 by the Central Government has been strongly opposed by environmentalist, student organisations and civil society organizations, from all over the country as well as the Northeastern region of India. The EIA notification 2020, which aims to replace the existing 2006 EIA by altering many of its earlier clauses has been regarded as a regressive draft by several intellectuals. Some of the provisions that come under the ambit of the new draft include diluting the scope of public participation, legalizing post-facto environmental clearance, and removing the requirements of EIA study for several categories of projects, which weakens the provisions of reporting by companies.

If implemented, EIA, 2020, will be applicable across the country, with regards to setting up projects or expansion/ modernisation of existing projects entailing capacity addition. Interestingly, the public feedback window for the new EIA draft was closed on August 11. As the present EIA draft proposes the removal of several activities from the purview of public consultation it has become a matter of great concern for activists and civil society groups in Northeast too, as issues of environmental damage due to development projects has been dominating the public sphere in the region since a long time. Environmental activists consider the new version as an attempt to weaken environmental regulation and silence affected communities. Hence, the call for a united stand against this draft has been observed in the Northeastern region.

Northeast India, which comprises eight states, i.e. Arunachal Pradesh, Assam, Manipur, Meghalaya, Nagaland, Sikkim and Tripura- has been always prone to environmental damages and has already paid big environmental prices in the name of development and modernization. These states and its people have suffered from big projects related to hydro projects, coal mining, oil extraction, etc. both in the distant and the recent past.

Some of the project expansion plan or clearance given by the Government has invited public outrage as it may lead to irreparable ecological damage to sensitive biodiversity zones. The National Board of Wildlife (NBWL) reportedly gave clearance for open-cast mining inside the Saleki Proposed Reserve Forest (part of Dehing Patkai elephant reserve), the Union Ministry for Environment, Forest and Climate Change (MoEFCC) giving clearance for the extension of drilling and testing of hydrocarbons at seven locations by OIL under the Dibru-Saikhowa National Park area (that includes the Maguri-Motapong wetland area considered crucial for migratory birds) and the go-ahead given (and subsequently put on hold) for the Etalin mega hydroelectric project at Dibang Valley, Arunachal Pradesh, are some of the case in point. 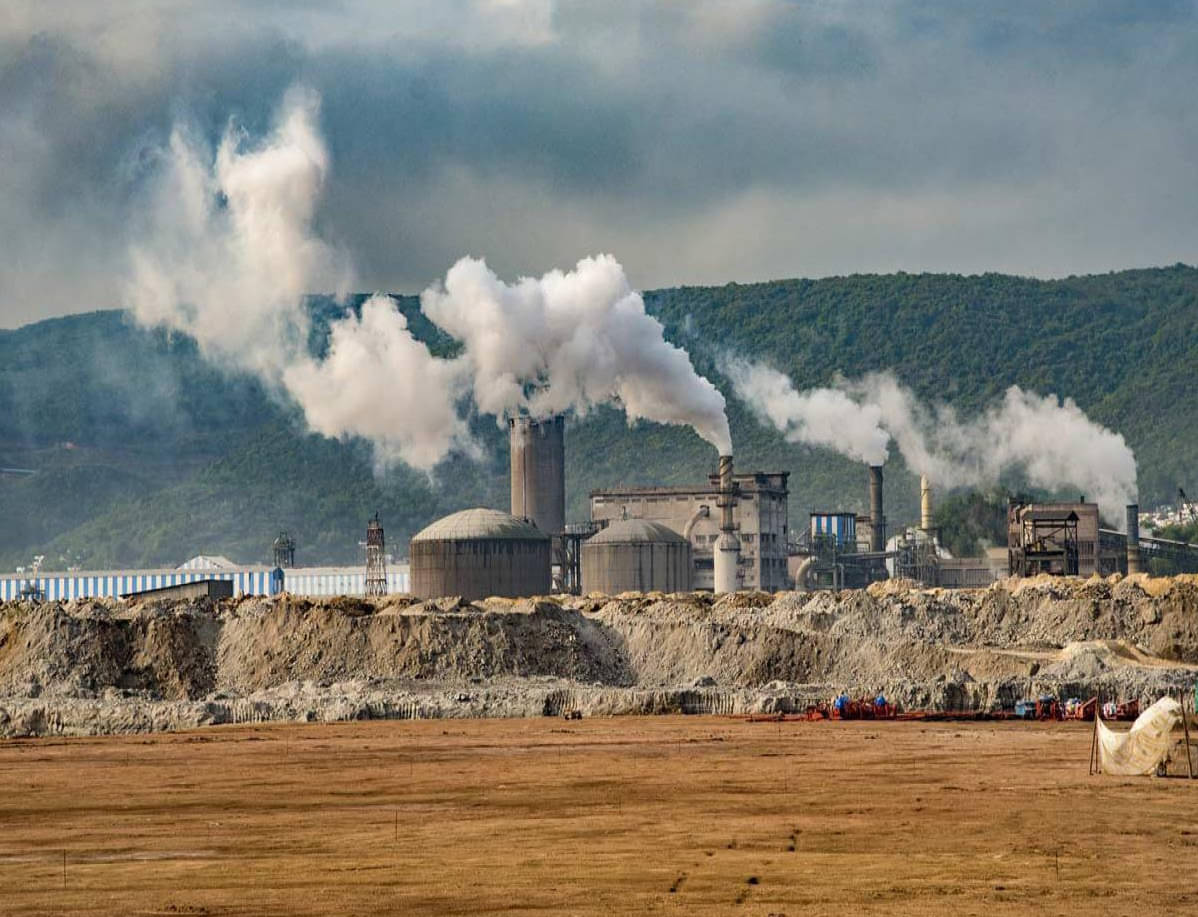 Moreover, at a time, when the Baghjan blowout and fire incident continues its adverse effect on local ecology and society in Assam and the debate and protest against the illegal coal mining in the Dehing Patkai rainforest dominate the public domain, conscious citizens of this part of the country are finding it difficult to keep their eyes blindfolded on the draft EIA. Both Baghjan and Dehing Patkai crisis provide a perfect example of the diabolical side of the proposed EIA and what it may do to the environment and people of the region if implemented. Unfortunately, taking advantage of the pandemic, the Union Govt. is trying to pass and implement EIA and such other acts, policies, etc. by bypassing public opinion, which is anti-people and anti-environment though profitable for the corporate sector.

The draft EIA aims to legalize environmental violations such as the extraction of oil and gas by big companies without proper environmental clearances and biodiversity impact assessment. It will also challenge the community ownership over resources in parts of Northeast India which is empowered by Article 371 and the Sixth Schedule of the Indian Constitution.

Understanding EIA and the objection with it

The EIA is a mechanism that assesses the impact of a newly proposed industrial or infrastructural projects on the environment. It prevents the approval and initiation of any proposed activity/project without proper oversight or taking adverse consequences into account. The main objective of EIA is to identify and evaluate environmental, social and economic impacts of projects. It predicts environmental consequences of projects and ensures that the proposed projects are environmentally sound. Hence, it can be regarded as a decision-making tool to determine whether the project should be approved or not.