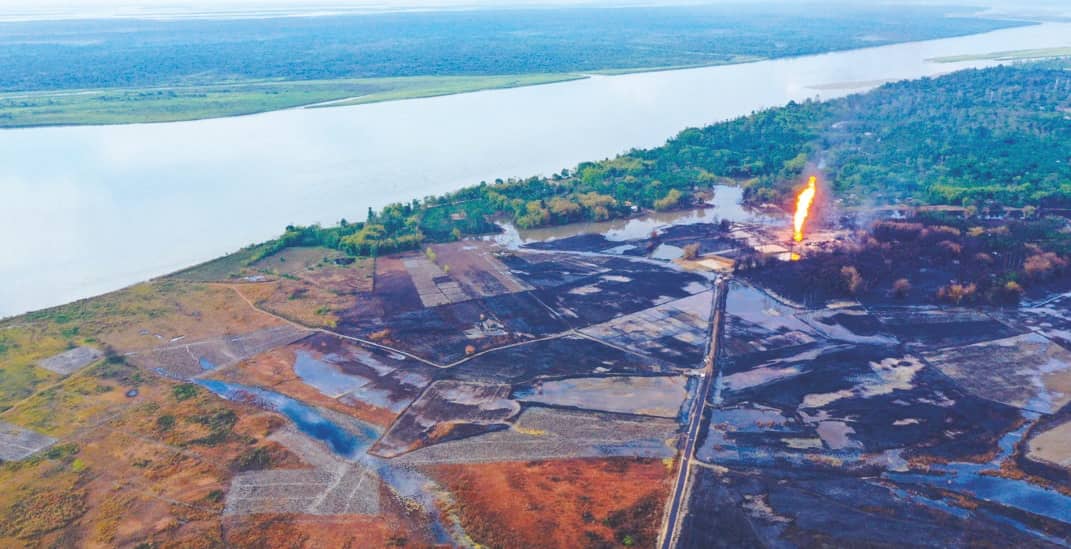 Well number 5 of Baghjan Oil Field in Tinsukia District of Assam, has been in the news for quite some time. The blowout of the oil well followed by an inferno has threatened the ecosystem and its endangered species, left many homeless and claimed two lives. From creating a grave consequence for the environment and human habitat in the nearby areas of the oil field to the technical lapses on the part of Oil India Limited (OIL), the incident has left many questions unanswered. Mumeninaz Zaman looks back at the entire episode of the Baghjan oil well crisis.

15 years back Assam faced a similar situation when a blowout occurred at an OIL installation at Dikom in Dibrugarh district, Assam. It almost took 45 days and foreign experts to stabilize the situation. Experts from the international agency Boots & Coots Well Control was roped in to control the blowout at Dikom.

Even though such incidents are rare, but the impact it leaves behind is indeed gruesome. The Baghjan incident rather speaks about the lack of OIL’s preparedness levels in controlling such an untoward situation. This also raises the question on the drilling and oil exploration in biodiversity hotspots which have led to a catastrophe.

Till the scripting of this report, in pursuant to the crisis, over 9,000 people are staying in 13 relief camps after the May 27 oil and gas blowout, following which a fire broke out on June 9 at the Baghjan oil well. This also led to the life of two firefighters employed by OIL. Experts from Singapore-based company Alert along with ONGC, OIL, and NDRF engineers and specialists have been making efforts to cap the gas and oil leakage. Notably, the Indian Army also facilitated technical works to control the leakage that is expected to be contained in the upcoming weeks. Meanwhile, the National Green Tribunal (NGT) on June 25, imposed a fine of Rs 25 crore on OIL for causing damage to the environment, humans, and wildlife, over its failure to stop the fire at its oil well. Apart from that, the operation to control the blowout and fire in the well have been halted due to incessant rains causing floods and damaging roads and bridges near the site. Earlier, the Pollution Control Board of Assam, PCBA has directed the oil exploration major to “close down” all its products as well as drilling operations at the Baghjan Oil Field. However, PCBA took a U-turn when OIL categorically denied the charge and claimed it has the PCBA's consent for all its operations in the state.

Damage has already been done

The Baghjan well is located 1.108 km from the boundary of Dibru-Saikhowa National Park, and around 500 metres from the Maguri-Motapung Beel Wetlands, which is an Important Bird Area (IBA), and a part of the Dibru-Saikhowa Biosphere Reserve; both these reserves together, sit in the heart of the globally important Eastern Himalayas biodiversity hotspot, which is home to numerous species of migratory birds, rare wildlife and aquatic species.

The people living in the area are mostly dependent upon the wetlands, farming and rearing of animals for their livelihood. The continuous spewing of gas and oil since May 27 due to the failure of pressure control systems – sent a fountain of crude oil into the air, which has spread to the nearby areas while contaminating the farmlands, water bodies, and affecting the health of both humans and the wildlife. Adding to its woes, was the massive fire that broke out after 14 days on June 9. Several houses have been gutted to fire while displacing people from their homes. It now becomes unfathomable as to how long nature will take to revive back to its normal state. The event has not just ignited an environmental crisis, but has also turned out to be a humanitarian crisis.