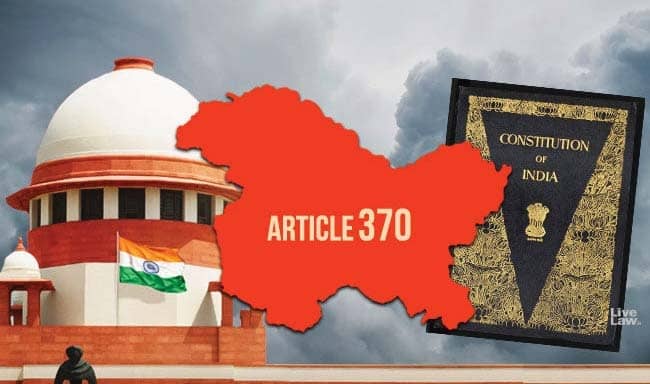 A Constitution Bench of the Supreme Court Tuesday responding to a raft of petitions challenging the constitutional validity of the August 5 decision to abrogate the special status of Kashmir, did not stay the implementation of the Jammu and Kashmir Reorganisation Act of 2019, which is scheduled to be implemented from October 31.

The Indian Express is upset that the court “adjourned the hearing to November 14 — that is, until well after the scheduled implementation of the Centre’s order has carved up the state into two Union Territories on October 31.

To be fair, the Bench has said even if the Act came into existence on October 31, it could “turn the clock back” if a judgment is later made in favour of the petitioners. The Bench made it clear that, if necessary, it would even direct the Centre to produce the relevant documents pertaining to its decision to scrap special status to Jammu and Kashmir.

The Indian Express however writes that “Earlier, addressing a separate batch of petitions questioning the restrictions on movement and communication that have accompanied the Centre’s decision, another SC bench held that ‘personal liberty will have to be balanced with national security’. The court has deferred such petitions……..The court, which is the centrepiece of the system of checks and balances that keeps the political executive honest and accountable, that ensures due process and is the custodian of individual rights, is showing a striking lack of urgency.

“In fact, deferring and delaying, not asking questions that need to be asked, giving the government the benefit of the doubt — serious doubt — on the drastic curbs on fundamental freedoms, doesn’t quite match the apex court’s own stellar tradition of speaking up for those who cannot.”

MORE STORIES FROM NEWS BEHIND THE NEWSView All