Another 'Strong' Leader In India's Neighbourhood 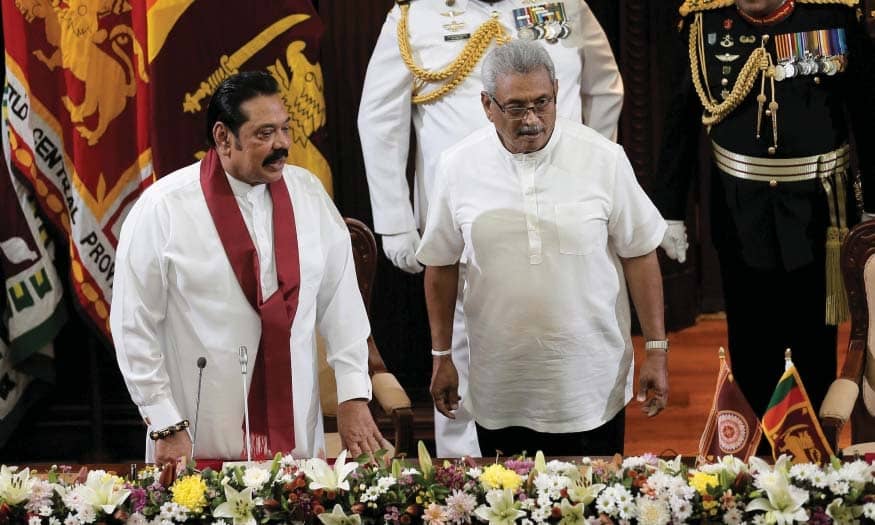 In a world besotted with “strong” leaders – Donald Trump in America, Narendra Modi in India, Recep Tayyip Erdogan in Turkey – it is hardly surprising that another politician known for his tough, uncompromising outlook has won a resounding electoral victory in Sri Lanka.

Gotabaya Rajapaksa’s claim to fame (his critics may say infamy) is the ruthless extermination of the Tamil militants in the north of the country under his direction at the end of the two-decade-long civil war in the island nation in 2009. It was a feat for which he earned the moniker, Terminator and also Hitler.

It is undoubtedly because of this less than savory reputation that the US urged him to respect human rights in its first message to the new president. Rajapaksa is not unaware of his unflattering image where the minority Hindu Tamils are concerned although, understandably, he is a hero to the majority Buddhist Sinhala community.

However, it is not only the Tamils who are wary of Rajapaksa. The Muslims, too, do not hold him in high esteem, mainly because they suspect him to be behind the Sinhala groups which had been targeting the Muslims in the wake of the Easter bombings of three churches and three luxury hotels in Colombo by Islamic terrorists in which more than 200 people were killed. The attacks were believed to be in retaliation for the attacks on Muslims by white supremacists in Christchurch, New Zealand, a month earlier.

Because of the antipathy of the Tamils and Muslims towards Rajapaksa, he failed to get a sizeable number of votes in the northern and eastern districts where these two communities mainly live. But it didn’t matter to him because of the solid support of the Sinhalese for his candidature.