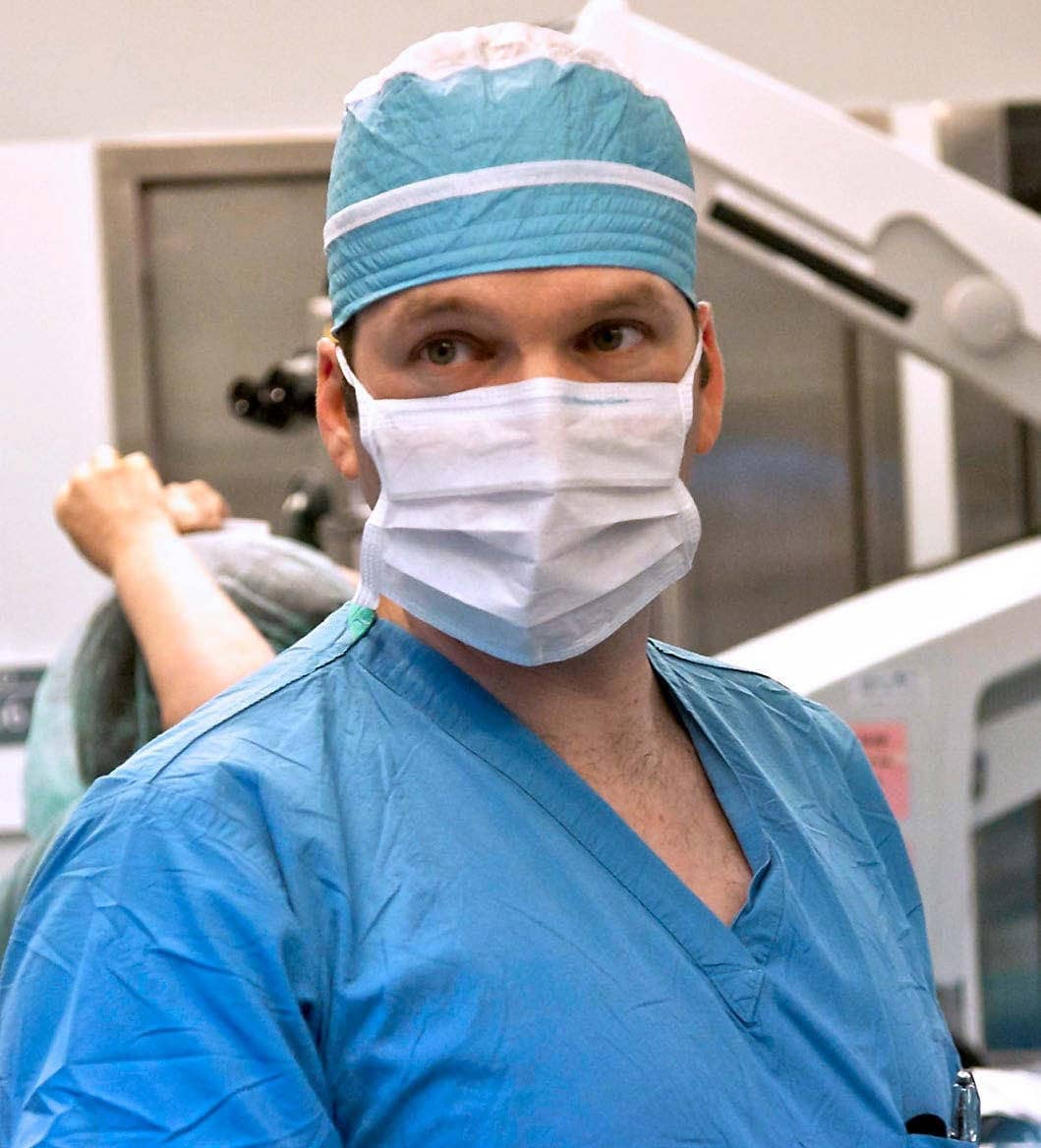 Harvard-based New Zealander Simon Talbot leads a team of surgeons performing astonishing hand transplants and plays a part in operations that give patients a new face.

In 2009, Charla Nash was horrifically injured when her employer's chimpanzee attacked her in Stamford, Connecticut. Her face and hands were torn off and she lost her sight. The savaging became global news after the release of a recording of the emergency call seeking help for Nash in which the chimp can be heard screeching in the background.

Enter Simon Talbot, a New Zealand born, US-based surgeon. In 2011, Talbot and his team operated on Nash, giving her a new face and new hands. She now lives a mostly independent life, despite medical setbacks. Talbot has helped give new faces to seven patients, and hands to five others.

He grew up in Hamilton in a medical family – his father, Richard, a doctor, his mother, Mary, a nurse. He and his twin sister, Sarah, are both doctors. Their older brother, David, did law and Talbot credits him with inspiring his own study habits.

Talbot is married to US doctor Elizabeth Morgan; both work at Brigham and Women’s Hospital in Boston and Talbot is also an associate professor of surgery at Harvard Medical School. He recently returned home to visit family and friends and to receive a Distinguished Alumni Award from the University of Auckland.

You’re doing pioneering surgery. Do you think being a Kiwi, with the No 8-wire mentality, has helped you in this risky and specialised work?

It’s all about the No 8 wire. It’s ingrained in us, as New Zealanders, to think outside the box and to be innovative and inventive. That is a huge part of taking on this kind of work. Another aspect, which I hadn’t much appreciated until I got into this, was how good New Zealanders are at teamwork. My job is keeping everybody working well together as a team and doing their part.

Family life also played a big part in your decision to go into medicine.

When you grow up in a medical family, and you’re immersed in medicine, you don’t realise some of the majesty of it, some of the magic behind what goes on, and the excitement, because you see it every day. So, it wasn’t actually until I was in medical school that I solidified my idea that this was what I wanted to do. But Sarah and I were very science-oriented and medicine seemed like a logical path. We went to Auckland Medical School together, we were in the same class and we lived together. We’re very close. She’s wonderful and a very good friend.

What do you mean when you talk about the majesty and magic of medicine?

There are a lot of intangible things in medicine that give you satisfaction or joy or an opportunity to make a difference. And it’s really hard to describe to people the excitement and satisfaction that come out of some of the things we do. There is something incredibly special and even magical about being able to help somebody in a way that will forever change their life.

Is giving a new face or hands to a patient at the outer edge of what is surgically possible?