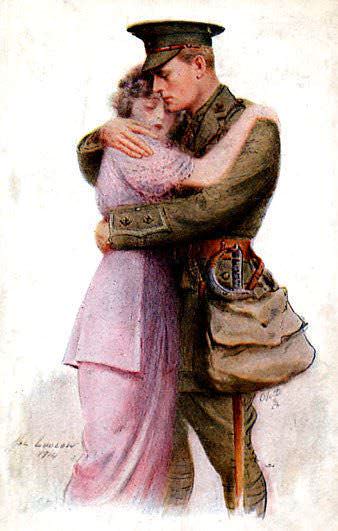 The appalling toll of World War I on a generation of young men resulted in a lonely existence for many women.

Seventy years ago, I was in Primer 3 at Napier Central School, and I was scared of Miss Finnis. Miss Finnis lived – of course – in Finnis Lane, the little cul-de-sac on Napier Hill, 20m along from Central School. The Port of Napier Brass Band squeezed down the lane on the back of a truck every Christmas to play outside an old folks’ home at the end.

Alfred Harvey Finnis, local artist and Miss F’s father, had built a handsome villa on the corner of the lane in 1906 (writers Peter Wells and Douglas Lloyd Jenkins live there now). His daughter had been a school teacher, but by the years I was in single figures, she was retired, living in another big wooden house halfway down the lane, just over our back fence.

She was a spinster: that ugly, judgmental label. My mother had heard how Miss Finnis was once engaged to a local man, another teacher, but he’d been killed on the Somme in 1916. She’d been on her own for decades.

Correction: not entirely on her own. She kept cats, about a dozen of them. Any mangy stray was sure of a home at Miss Finnis’. “Reckon she half-starves herself so those bloody moggies get fed,” my father grunted.