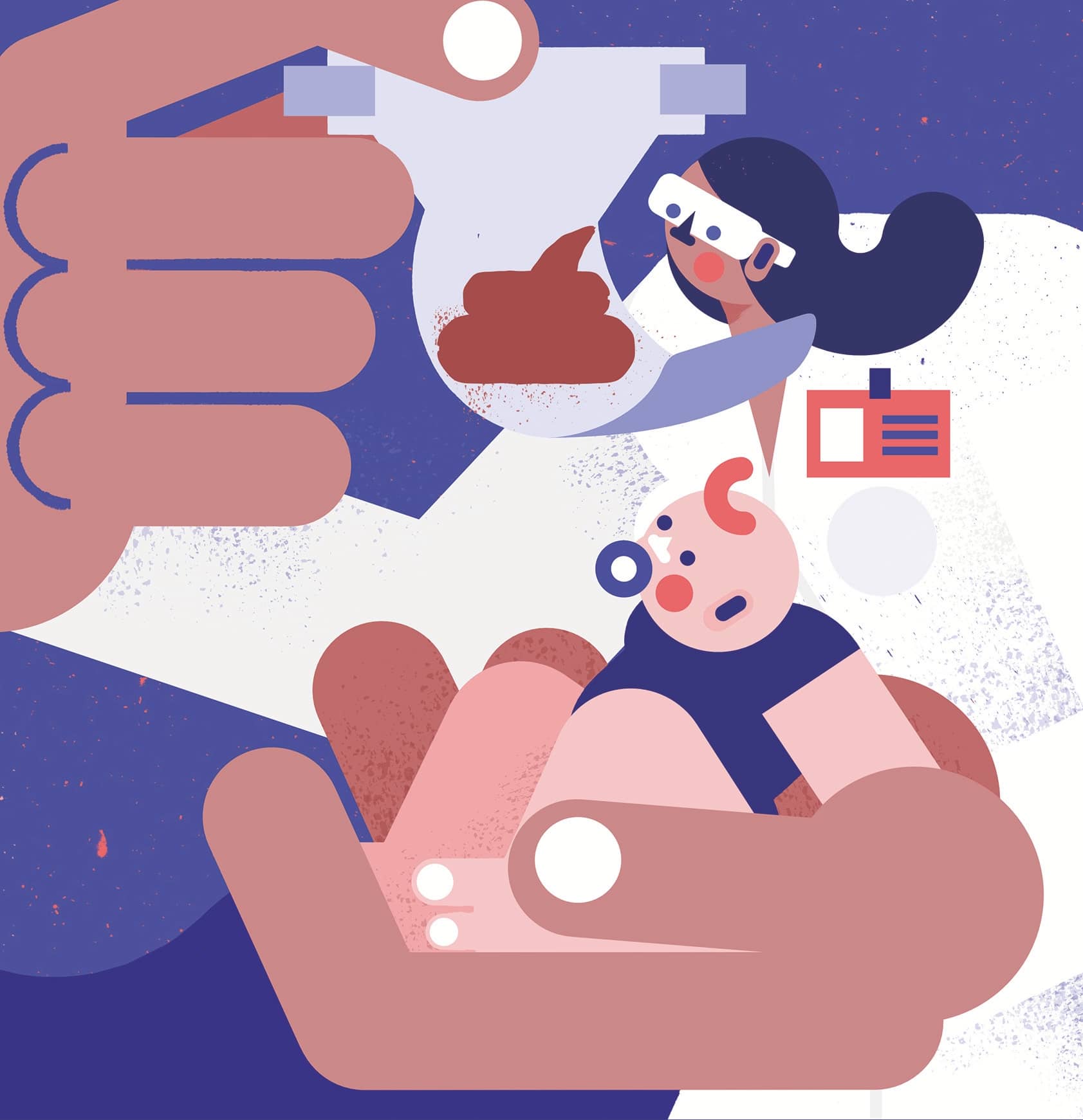 THE LABS OF Evolve BioSystems are full of baby poop. Tucked into a shopping mall in Davis, California, alongside a Jazzercise and a marijuana dispensary, this biotech company has gathered infants’ feces from all over the country. “Millions of people every day are throwing away poopy diapers, and they don’t realize how much information is actually contained in each poop,” says Robin Flannery, Evolve’s director of clinical development and operations. “It tells us a lot about what’s going on inside the baby.”

Specifically, Evolve is interested in one potentially very powerful type of bacteria found in babies’ intestines: B. infantis. Its researchers, including several scientists at the University of California, Davis, think the bacterium flourished in babies’ bellies for thousands of years. But today, the company’s research shows, in about 9 out of 10 American babies, B. infantis has disappeared. Without it, they say, kids are missing out on a host of health benefits.

Take the case of Jack Graw, a newborn who underwent two rounds of high-dose antibiotics during treatment for a collapsed lung in 2017. The drugs prevented infection but also likely wiped out beneficial bacteria in his gut. Once he went home, Jack screamed during feeding and developed a “horrible rash” on his butt, his mom, Katelyn Graw, told me. Within a week of giving Evolve’s B. infantis probiotic a try, his symptoms practically vanished.