'The Black Hills are Not for Sale' 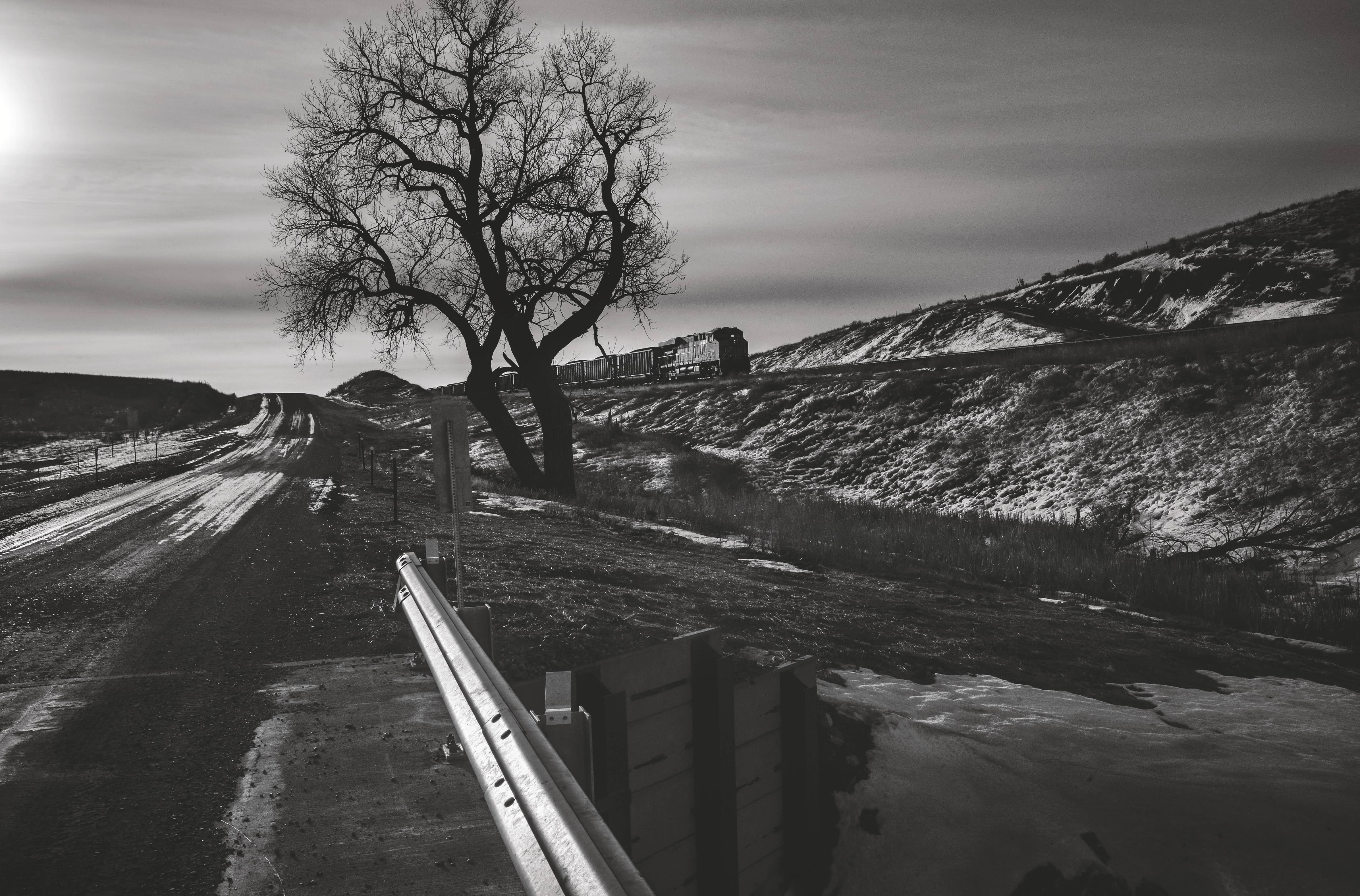 The Lakota are fighting to protect their most sacred sites from mining—again.

Regina Brave remembers the moment the first viral picture of her was taken. It was 1973, and 32-year-old Brave had taken up arms in a standoff between federal marshals and militant Indigenous activists in Wounded Knee, South Dakota, on the Pine Ridge Indian Reservation. Brave had been assigned to guard a bunker on the front lines and was holding a rifle when a reporter leaped from a car to snap her photo. She remembers thinking that an image of an armed woman would never make the papers—“It was a man’s world,” she says—but the bespectacled Brave, in a peacoat with hair pulled back, was on front pages across the country the following Sunday.

Brave had grown up on Pine Ridge, where the standoff emerged from a challenge to the tribal chair, whose alleged offenses included scheming to accept federal money for Paha Sapa, also known as the Black Hills. Brave’s great-grandfather Ohitika had helped negotiate the 1868 treaty preserving Lakota stewardship of the hills, but after white settlers found gold there, the lands were wrested away. Ohitika fought alongside his son, Brave’s grandfather, in an unsuccessful battle to save the Black Hills. Half a century later, the US government agreed to pay $17.5 million in belated compensation.

Traditional Lakota of Brave’s generation believed that the chair’s bid to accept a settlement was sacrilege, and pressed their leaders not to accept the money, despite the tribe’s financial destitution. The 71-day Wounded Knee occupation ended with two Natives dead and one federal marshal paralyzed. The chair remained in power for another three years, but the money remained untouched; no tribal council has yet accepted it, demanding instead, under the rallying cry “The Black Hills are not for sale,” that the land is returned. (The fund is now worth more than $1 billion.) The incident at Wounded Knee—on the same site where the US Army massacred several hundred mostly unarmed Lakota nearly a century earlier—helped launch the American Indian Movement, and Brave’s career as a Native rights activist. 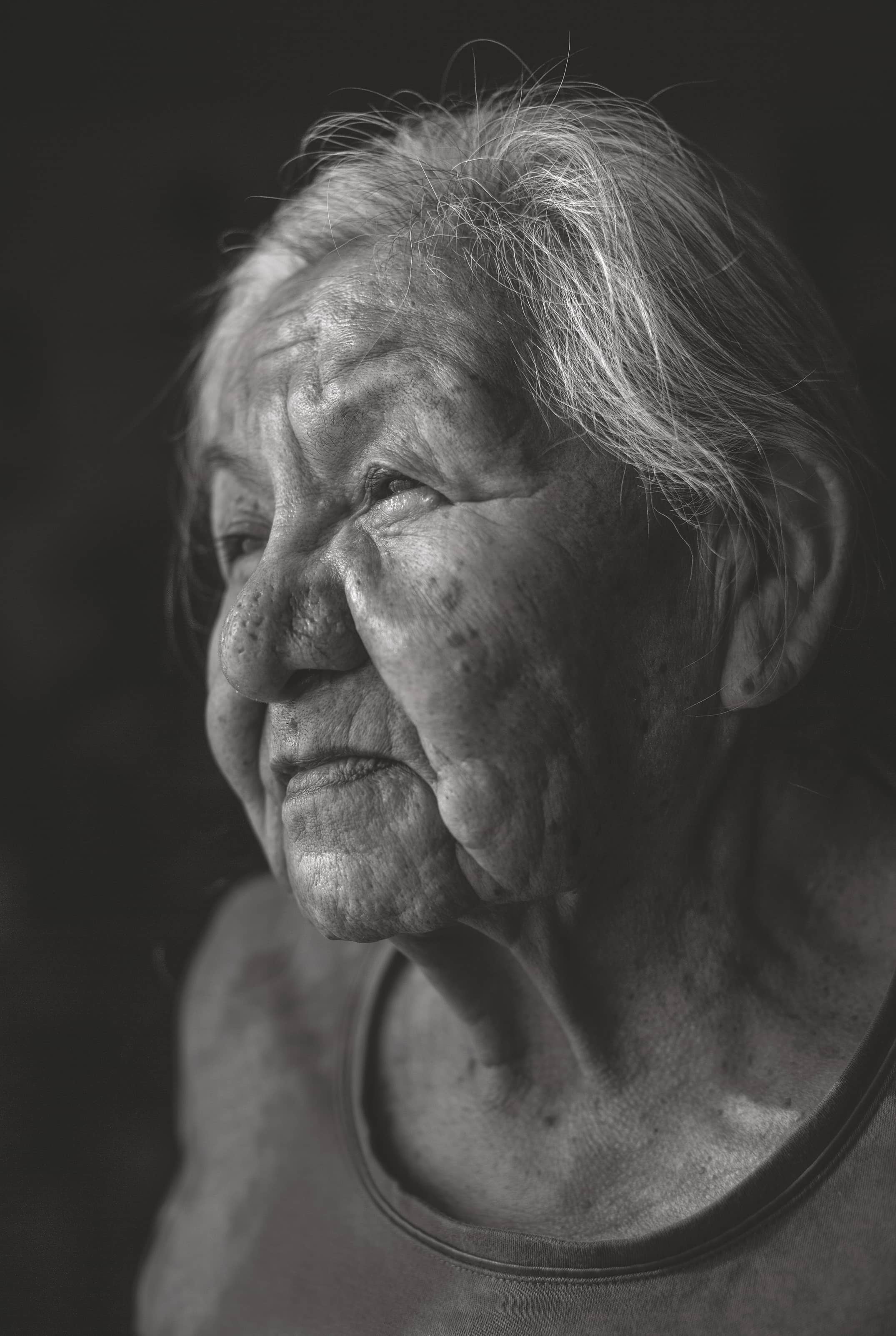 Now 79, Brave lives in a one-story house in a small town on Pine Ridge. Out front, she parks the blue 2008 Grand Caravan she bought with her prize money from the ACLU's highest honor, the Roger N. Baldwin Medal of Liberty, which she received in recognition of her leadership during the Standing Rock protest. After camping through a brutal winter, Brave was one of the last people arrested in the demonstration against the Dakota Access pipeline when police cleared their camp in early 2017. A photo of “Grandma Regina,” bundled in a blanket and wearing bright pink gloves, being led away by two police officers, was shared online as a symbol of Indigenous resistance.

Today, Brave and other Lakota elders are staring down yet another encroachment on their historic lands: a 10,600-acre uranium mine proposed to be built in the Black Hills. The Dewey-Burdock mine would suck up as much as 8,500 gallons of groundwater per minute from the Inyan Kara aquifer to extract as much as 10 million pounds of ore in total. Lakota says the project violates both the 1868 US-Lakota treaty and federal environmental laws by failing to take into account the sacred nature of the site. If the mine is built, they say, burial grounds would be destroyed and the region’s waters permanently tainted. 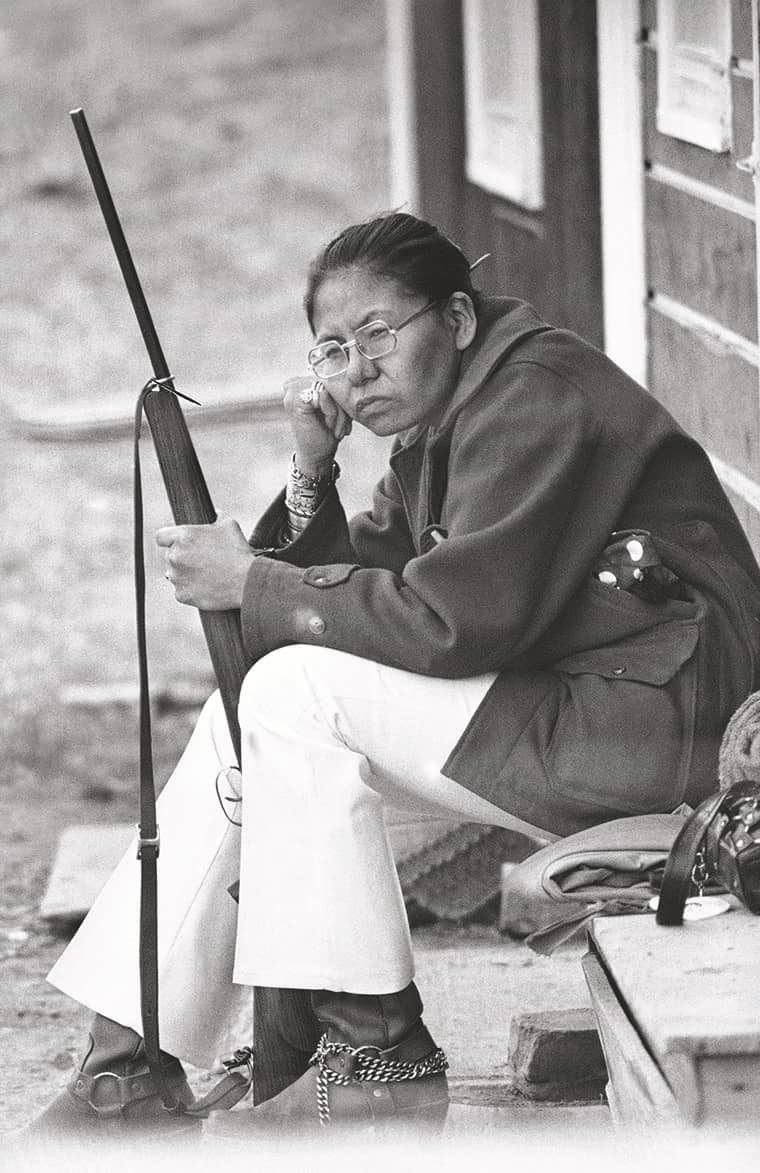 A legal win for the Lakota would represent an unprecedented victory for a tribe over corporations such as Powertech, the Canadian-owned firm behind Dewey- Burdock, that has plundered the resource-rich hills. And it could set precedents forcing federal regulators to protect Indigenous sites and take tribes’ claims more seriously. The fight puts the Lakota on a collision course with the Trump administration, which has close ties to energy companies and is doubling down on nuclear power while fast-tracking new permits and slashing regulations, making Black Hills mineral deposits more attractive than they’ve been in decades.

For Brave, the Dewey-Burdock mine is just the latest battle in a long war to stop settlers’ affronts to Lakota lands and sovereignty. “They’re taking so much from [the earth] and not giving anything back,” Brave tells me, a hand-rolled cigarette dangling from her fingers. “I’m thinking we should say to them, ‘Get the hell off. Your rent is over.’” 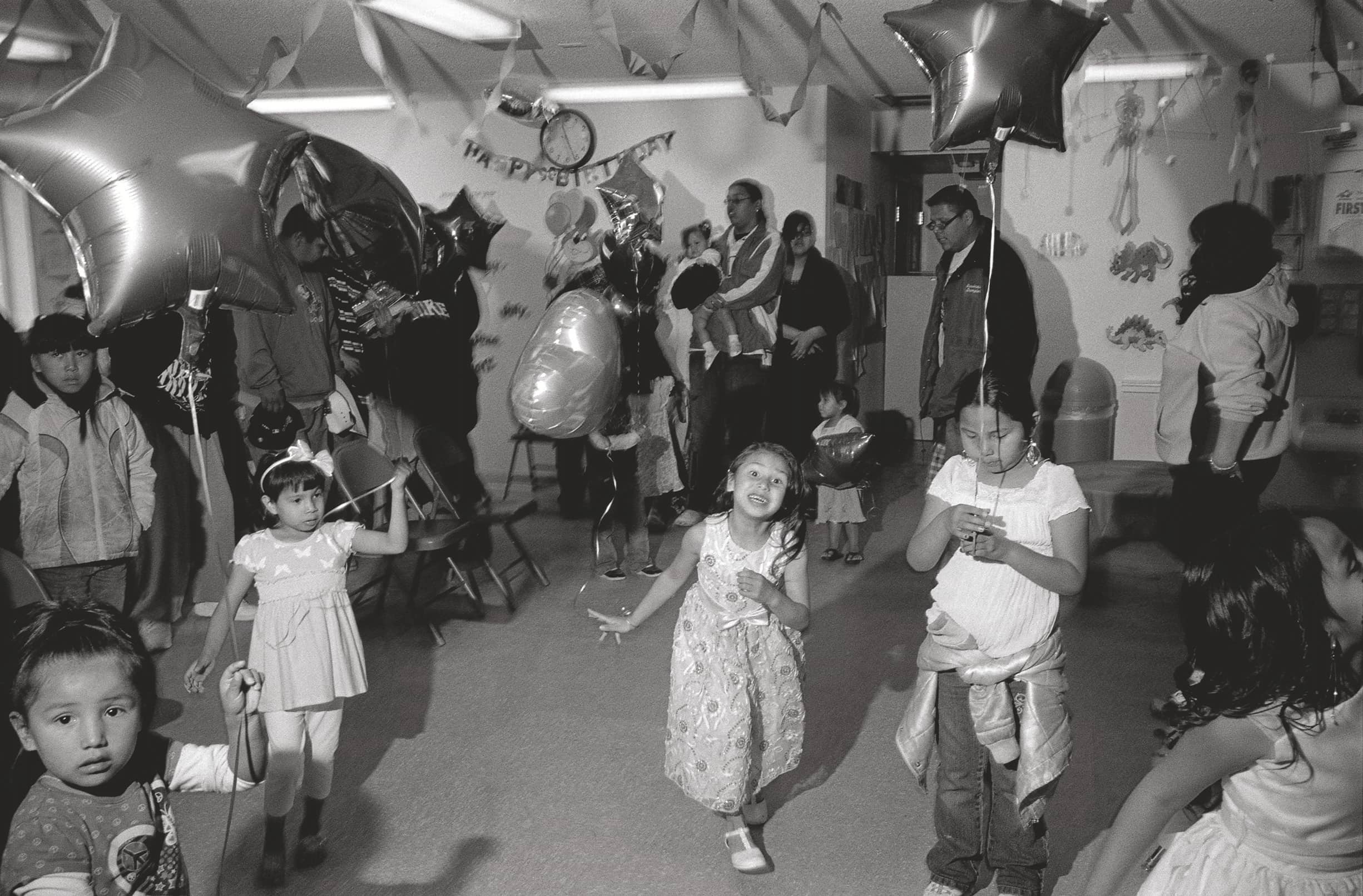 THE LAKOTA CALL Paha Sapa “the heart of everything that is.” Tribal origin stories say there was a Great Race between all the two-legged and four-legged creatures to determine who would eat whom. In one telling, the animals raced around the cedar-covered hills, and the magpie narrowly defeated the buffalo, establishing not only the dominance of the two-leggeds but their responsibility to care for all living beings. Another tale says the Lakota emerged from a cave in the Black Hills following catastrophic floods. Lakota spiritual practices still center on the region.

Their people belong to a confederacy of tribes called Oceti Sakowin, the Seven Council Fires. Historically, the alliance’s range spanned parts of what’s now Minnesota, Iowa, Nebraska, and the Dakotas. Today, most of the 20,000 residents of the Pine Ridge Reservation, in the southwest corner of South Dakota, hail from the Oglala band of Lakota and are represented by the Oglala Sioux Tribe. (“Sioux” is an old French misnomer for Oceti Sakowin.)

When white frontiersmen blazed through these lands in the 1860s, an Oglala chief named Red Cloud led a war against the United States. The ensuing 1868 Treaty of Fort Laramie created a Great Sioux Reservation that encompassed large swaths of the region, including the Black Hills, as the Lakota’s “permanent home.” Yet the deal was quickly broken. In 1874, “Indian killer” Gen. George Armstrong Custer led an expedition that found gold in the Black Hills. Thousands of white settlers invaded the reservation in violation of the treaty, while also eyeing the hills’ timber and planning a new railroad through Lakota hunting grounds. 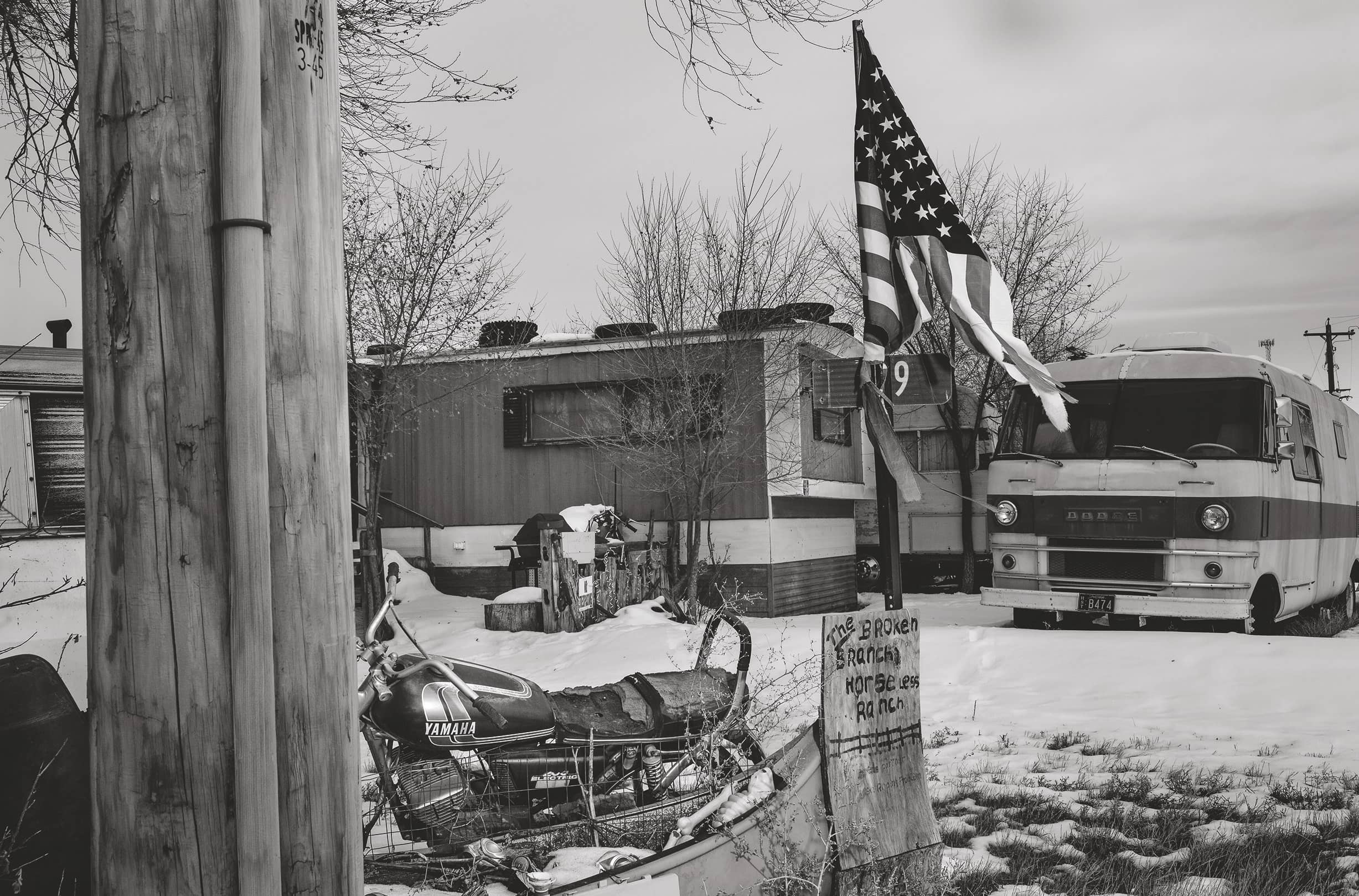 Fighting between Lakota holdouts and the Army culminated when Congress attached a “sell or starve” rider to the Indian Appropriations Act of 1876, cutting off government rations to the Lakota until they agreed to cede the hills. By 1890, the Great Sioux Reservation, which had once covered about half of South Dakota, was fractured into six parcels constituting less than one-third of the area that many Lakota still consider their rightful “treaty territory.” The United States had seized the Black Hills.

When the gold rush petered out, mining companies pivoted to silver, tungsten, iron, and limestone. In 1951, uranium was discovered. Within 20 years, there were more than 150 uranium mines centered on a small boomtown called Edgemont, in Paha Sapa’s southern foothills, where the Oglala once made their winter camp. 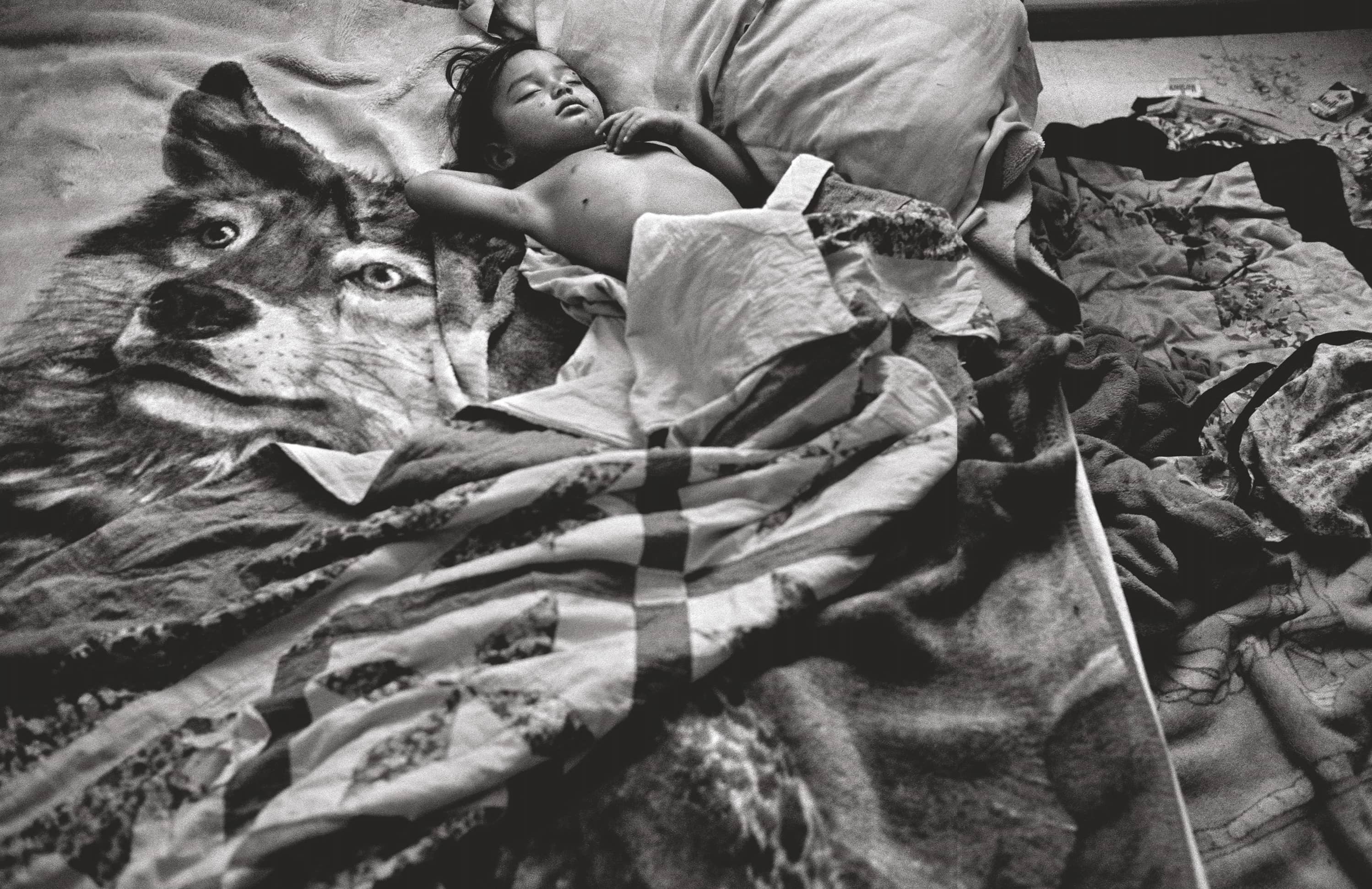