THE PRINCE OF PPE 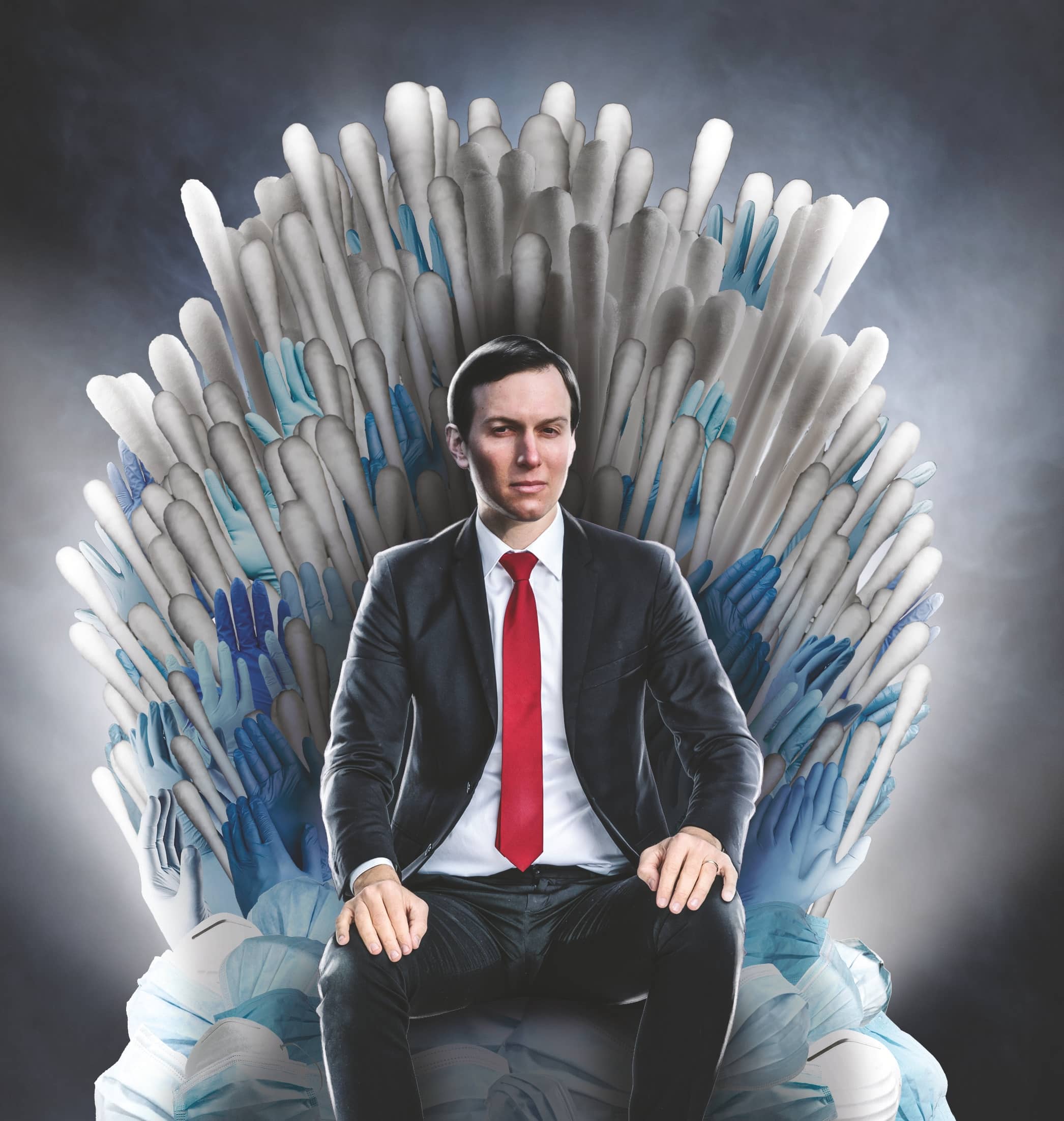 ON MARCH 29, President Trump held a press briefing to tout Project Airbridge, his administration’s new effort to organize and pay for airlifts of personal protective equipment (PPE) and medical supplies from abroad. The first of the “big, great planes” from Asia had landed in New York that day, Trump said, bringing in “2 million masks and gowns, over 10 million gloves, and over 70,000 thermometers,” which would be sent to places across the country that had been hit hard by the coronavirus. He was joined at the podium by the heads of some of the country’s biggest medical supply distributors. “They’re big people,” Trump declared. Working with the White House, he said, they would deliver “record amounts of lifesaving equipment.”

The public-private partnership was overseen by Trump’s son-in-law, Jared Kushner, who set up a shadow coronavirus task force comprising volunteers that included his former roommate and people from private-equity companies and consulting firms like McKinsey. “Young geniuses,” Trump called them. Unhappy employees at the Federal Emergency management agency (FEMA) dubbed them “the children.”

The companies involved in the short-lived Project Airbridge were some of the biggest in the world, including Cardinal Health, McKesson, Medline, and Henry Schein. They are the intermediaries of the health care system, buying prescription drugs and medical supplies wholesale and then selling them to hospitals, clinics, and government agencies. Yet through Project Airbridge, the Trump administration gave these enormous firms a sweetheart deal free of much if any oversight.

Ostensibly run through FEMA, Project Airbridge arranged for FedEx and ups to airlift PPE and other medical supplies to the United States in just a couple of days, as opposed to the 30 to 40 days that cargo ships require. The supply companies were supposed to sell half the goods to coronavirus hot spots identified by the Centers for Disease Control and Prevention. They got to sell the rest to existing customers or elsewhere on the private market. These taxpayer-funded cargo flights were worth at least $91 million to the companies, the Washington Post found—savings the administration did not require them to pass on to the hospitals or states buying their products. Yet the perks of Project Airbridge didn’t end there.

In normal times, a collaboration between companies that dominate such a large share of a market could trigger a federal antitrust investigation.

But the Trump administration also gave big distributors a pass on some enforcement of antitrust laws while they worked on the project. Those are fair trade measures designed to prevent anti-competitive practices such as price-fixing or conspiring to squeeze smaller competitors out of the market. In early April, the Justice Department said it would allow the companies to collaborate because of the extraordinary demands of responding to the pandemic. The assistant attorney general who approved the antitrust waiver said the suppliers would help HHS “negotiate competitive prices.” The companies pledged not to engage in “profiteering,” although DOJ never said how it would ensure this didn’t haPPEn.

Laura Alexander, vice president of policy at the American Antitrust Institute, finds the arrangement troubling. “The very companies that [sought] permission to engage in coordination is those that have a long history of anticompetitive conduct and anticompetitive collaboration,” she says.

The federal government could have taken a much bigger, centralized role by purchasing the supplies itself so states, cities, and hospitals weren’t forced to bid against each other to get them from big suppliers. But the Trump administration refused to do that. “We’re not a shipping clerk,” Trump said not long before the subsidized cargo flights began.