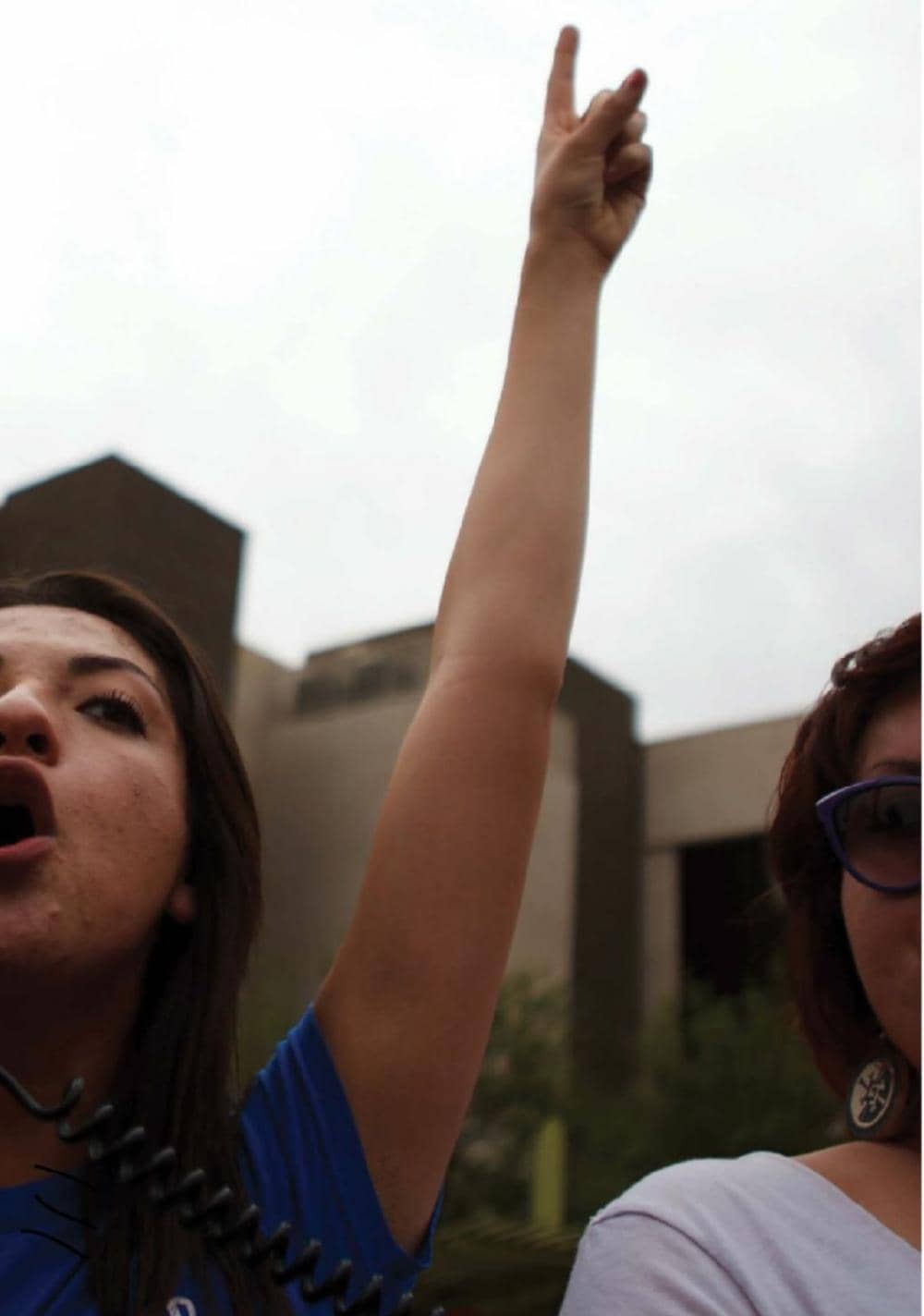 Latinx activists are closer than ever to flipping the state—if Democrats don’t take them for granted.

CLIPBOARD IN HAND, Magda Morales politely approaches people waiting for the bus in downtown Tucson to ask if they’ve signed up to vote. The city’s sweltering transit hub is decidedly less bustling than it was pre-pandemic, but still noisy enough that she has to speak loudly through her white surgical mask.

“Hi mija, are you registered to vote?” she asks a young Mexican American woman awaiting a transfer.

“I’m only 17,” the woman responds quietly through her black cloth mask. “I turn 18 in October.”

“Oh mija, but you can register if you turn 18 before the November election. Wanna register?” Morales asks, sitting on the opposite side of the bench, trying to keep a safe distance. She pulls out a voter registration form and asks the young woman for her ID. When the woman says she needs a new one, Morales quickly responds with a half-joking “Gotta get one, girl!” and they both giggle. If she has an ID the next time they meet here, Morales says, she can register to vote. “Have a nice day, mija.”

The 42-year-old Morales, a canvasser for the civic engagement group Mi Familia Vota, speaks in the familiar tone of a Mexican American tía who makes you feel welcome but will also tease you. When one man tells her that he couldn’t register because of his felony record, Morales quickly says, “¡Ya pórtese bien!”—start behaving better!

Morales’ trip to the Ronstadt Transit Center (yes, named after Linda and her family) in the brutal August heat is the first time Mi Familia Vota has done outreach there since the pandemic started. The organization is one of several grassroots groups trying to mobilize Arizona’s Latinx voters. As of mid-September, the groups had registered nearly 30,000 voters and made more than 1 million phone calls. Their goal is to mobilize 1 million voters on Election Day.

Once the cradle of Goldwater-style Republicanism, Arizona politics are changing, due in no small part to its growing Latinx electorate, which increasingly tilts Democratic. The party cannot flip the state in November without strong turnout from Latinos, who make up nearly a quarter of the state’s eligible voters. Hanging in the balance are 11 Electoral College votes and a key race between Republican Sen. Martha McSally and Mark Kelly, the retired astronaut who’s married to former Democratic Rep. Gabby Giffords. If Joe Biden carries the state, he will owe his win to the Latinx organizers and activists who have spent the past decade building networks, not to support the Democratic Party but to protect their own community.