"Our Country is Full" 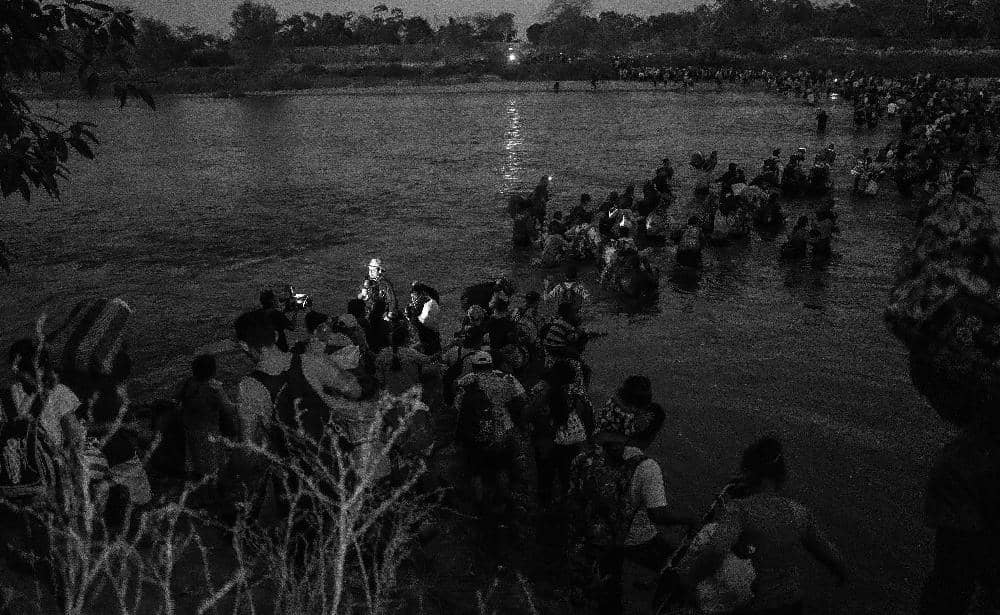 America’s asylum system was already broken. Then Donald Trump turned it into a machine of unchecked cruelty.

You need a story. That’s what they say, anyway. You need sympathetic characters, a villain, some violence, maybe a dramatic escape. That’s what it takes to gain asylum in the United States. You need lots of other things, too—a principled Border Patrol agent, a competent asylum officer, a good lawyer, a fairminded judge—but before any of that you need a story, something that can be fitted into the rapidly narrowing margin of American benevolence. You need a man, say, draping his arm around your shoulder, telling you, “We are watching you.”

That’s where the story of Gaspar Cobo Corio and Francisco Chávez Raymundo might begin. “We are watching you,” the man said out of nowhere. “You didn’t even notice that I have been following you. This was not just today. I have always been following you.”

It was not the first time that Gaspar had been threatened, but this time—right after a town hall meeting he’d organized with Francisco, a fellow Mayan human rights activist—was different from the harassing phone calls, the angry texts, the break-ins, and even the stickups the two had endured ever since they’d started challenging Guatemala’s culture of official impunity.

For years, the two friends had been helping their fellow Ixil Maya testify against General Efraín Ríos Montt, the former president who in 2013 was hauled into court on genocide charges for his role as the architect of the bloodiest campaigns of the country’s 36-year civil war. Since Ríos Montt still had many powerful supporters in the military and the government, joining the case against him was a dangerous proposition. Gaspar and Francisco spent time assisting would-be witnesses with whatever they needed— lodging, food, safe passage to the courthouse—so that the darkest moments of the war could reach the light of day.

There are plenty of Guatemalans who still deny there was a genocide. This casual erasure is so common that one of the municipal candidates participating in Gaspar and Francisco’s town hall had been saying it for months: No hubo genocidio. So that night they pressed him on it—after all, it wasn’t some abstraction for the many Ixil Maya who had lost family members.

The man who followed Gaspar after the event, presumably an ally of the candidate, was not happy about this. “We have warned you many times,” he said. “I am going to be clear with you that this is your last chance.” He told Gaspar that they knew where his family and friends lived, and that they were monitoring them at all times. Gaspar, realizing that he’d never seen this man before in his life, asked him why he was doing this.

The man pulled Gaspar’s left hand toward his waistband. He felt cold metal. “Thank you for the warning,” Gaspar told the man. Moments later, he found himself alone. He contacted Francisco with the news of what had just happened. They realized they’d just become characters in a storyline they wanted no part of, and so, after laying low for the better part of a week, they did what they knew they needed to do. They found a coyote, said goodbye to their families, and got the hell out of Guatemala. 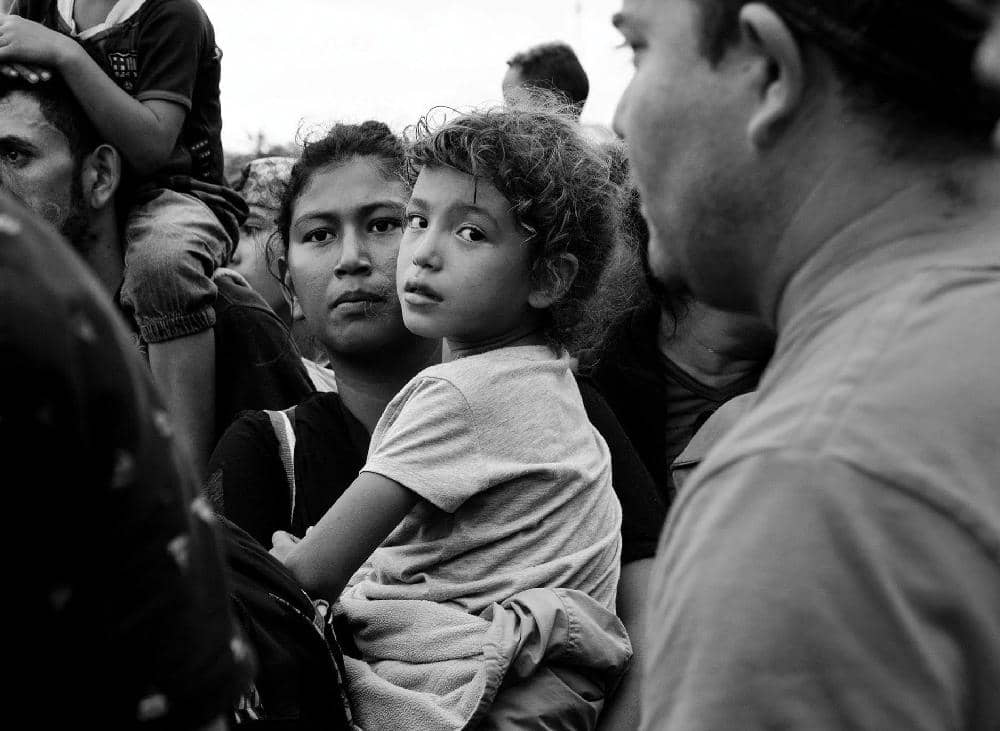 GASPAR AND FRANCISCO’S account checks all the boxes of a successful asylum claim. They belong to an indigenous group that was targeted in a civil war, were threatened with death for their work as human rights activists, and have a well-founded fear of being persecuted if they return home. But when they fled and headed north in June 2019, it was in the midst of the Trump administration’s unprecedented attack on the American asylum system. For months, the southwest border had been a no-go zone for asylum seekers: First, Border Patrol agents limited the number of claims they’d process in a given day; then, they started sending asylum seekers back to Mexico to wait out their day in court; when that wasn’t enough, the administration put into effect an asylum ban that gave immigrants a vanishing chance of protection at the southern border; and then, after all that, they even started deporting them to Guatemala and El Salvador and Honduras to seek asylum in the very countries many of them were escaping. As Gaspar and Francisco bided their time in Ciudad Juárez, just south of El Paso, covid-19 came and provided Donald Trump and Stephen Miller the opportunity they’d been waiting for to close the border for good, to everyone and anyone arriving for almost any reason.

The president had previewed this shutdown long before the coronavirus arrived in the United States. In April 2019, he inveighed against an asylum system that he blamed for a massive increase in the number of migrants arriving at the southern border. At an event at the Border Patrol station in Calexico, California, on April 5, Trump grumbled, “It’s a colossal surge and it’s overwhelming our immigration system, and we can’t let that happen. So, as I say, and this is our new statement: The system is full. Can’t take you anymore. Whether it’s asylum, whether it’s anything you want, it’s illegal immigration. We can’t take you anymore. We can’t take you. Our country is full...Can’t take you anymore, I’m sorry. Can’t happen. So turn around. That’s the way it is.”

His blunt delivery in Calexico morphed into a grotesque shtick a day later in Las Vegas, where he addressed the Republican Jewish Coalition at megadonor Sheldon Adelson’s Venetian casino. “The asylum program is a scam,” Trump said. “Some of the roughest people you’ve ever seen—people that look like they should be fighting for the ufc. They read a little page given by lawyers that are all over the place—you know, lawyers. They tell them what to say. You look at this guy and say, ‘Wow, that’s a tough cookie!’” He paused, gesturing like he was reading from a statement and launching into his best big-galoot voice. “‘I...am...very...fearful for my life. I am very worried that I will be accosted if I am sent back home.’” He stopped to raise his right index finger. “No, no: He’ll do the accosting.” The crowd laughed, ate it up. “Asylum”—and here he tried out a whiny, bleeding-heart voice—“‘Oh, give him asylum! He’s afraid! He’s afraid! We don’t love the fact that he has tattoos on his face. That’s not a good sign. We don’t love the fact that he’s carrying the flag of Honduras or Guatemala or El Salvador, only to say he’s petrified to be in his country.’” He stopped again, one more time, and held his arms out wide. “To confront this border crisis, I declared a national emergency.”

In back-to-back appearances, Trump had laid out his administration’s stance toward the hundreds of thousands of people, mostly from the so-called Northern Triangle of Central America, who had showed up to the border over the past several years in search of asylum. They were con artists, thugs, and cheats, and besides, there wasn’t any room left at the inn. Tough shit.

That the United States has long-standing commitments to asylum seekers under federal law and international agreements is of little consequence to Trump and his coterie of immigration hardliners. Even less compelling to the White House is the role asylum plays in the aspirational story of America that we have been telling the world for decades: that, in a country of immigrants, ensuring the safety of those fleeing repression and violence is our duty, and by welcoming them—by doing the right thing—the United States both fulfills its promise and distinguishes itself from all other nations.

Democrats have invoked this line of thinking in criticizing Trump’s policies as coldhearted and un-American. Rep. Alexandria Ocasio-Cortez called the situation at the border “a policy of dehumanizing.” House Speaker Nancy Pelosi said it was “a clear abdication of American humanitarianism.” Oregon Sen. Jeff Merkley, whose viral videos from the borderlands helped bring family separation into full view in 2018, titled his 2019 book America Is Better Than This: Trump’s War Against Migrant Families. “President Trump has taken America to a dark place,” he writes. “A place deeply rooted in racism. A place deeply connected to a political strategy based on dividing America into groups and pitting one group against another. This is doing great damage to our national soul. And we need to end it.”

Joe Biden has a 22-page plan to do just that—“The Biden Plan for Securing Our Values as a Nation of Immigrants.” In it, he not only proposes rolling back Trump’s executive actions on immigration and asylum but continues far to the left of Obama-era policies. To address the root causes driving people out of Central America, he’d spend $4 billion to attack corruption and strengthen civil society in the region. He also proposes working with Congress to create a path to citizenship for the nearly 11 million undocumented immigrants living in the United States. “We’re going to restore our moral standing in the world and our historic role as a safe haven for refugees and asylum seekers,” Biden promised at the Democratic convention.

Yet embedded in this belief in our better angels is the assumption that the Trump era is an aberration—not the logical extension of policies that have been in place for decades. The process for dealing with asylum seekers and refugees has always been fraught, shot through with xenophobia and racism and the callous geopolitical reasoning of who, exactly, is worthy of protection from persecution. As it has on so many issues, the Trump administration exploited the arbitrariness and fragility of this system, making a difficult situation completely perilous—particularly for the tens of thousands of people from the Central American countries whose US-sponsored wars provoked an asylum emergency 40 years ago.

The situations those asylum seekers are fleeing have changed dramatically over time. Death squads have been replaced by street gangs. But when they arrive in the United States, they’re still carrying personal narratives of unthinkable violence and victimization. To have the slightest chance of staying, argues Brooklyn Law School professor Stacy Caplow, they must above all establish credibility with asylum officers and immigration judges by providing facts about their lives that are “detailed, plausible, and consistent.” An account like Gaspar’s, repeated, time and again, in a similar order and fashion. “The system wants to see not only fear, but narrative,” journalist John Washington writes in his essential new book, The Dispossessed.

The system may have once wanted these kinds of facts, even if only to pay lip service to the idea of an impartial and independent process, and a just and compassionate nation. But in sealing off the country completely, the Trump administration has told the world that it wants everyone else to just shut the hell up and leave it alone. Our country is full. Come November, we’ll find out if that’s the story Americans want to keep telling. 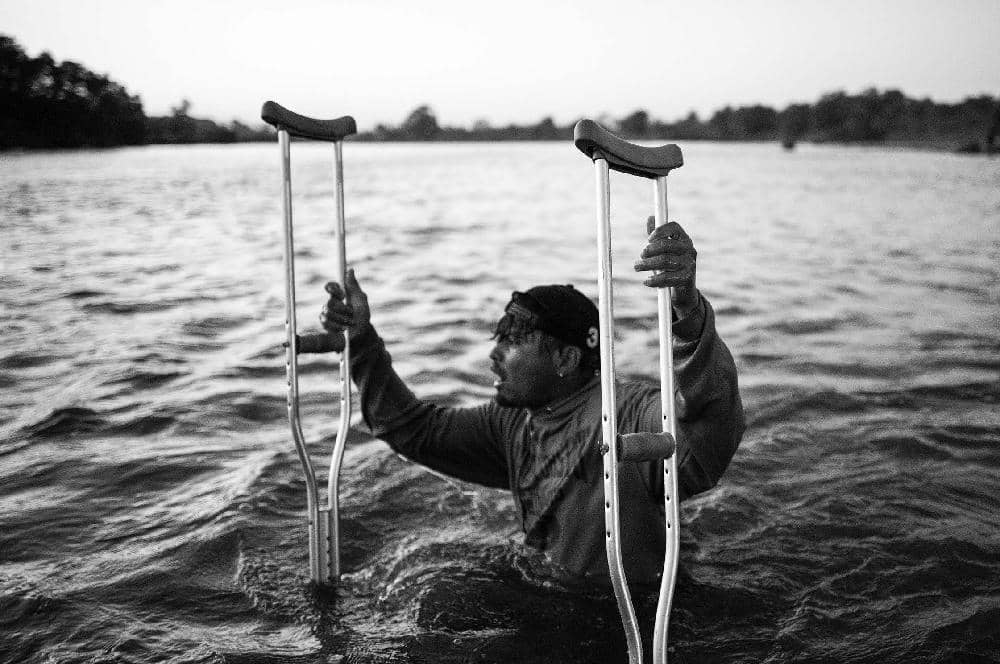 WHEN I SPOKE with Carlos Spector, the El Paso lawyer representing Gaspar and Francisco, I asked him to explain how asylum law works—as if I were a stranger bellied up next to him at his favorite bar. What would he say? He laughed. “Well, depends on how drunk I was.”

Imagining that the pandemic was over, his local watering hole was open once again, and he had a pleasant buzz, Spector launched into his barroom soliloquy. “Let me tell you what it’s all about,” he said. “Once upon a time, there was an evil man named Hitler.”