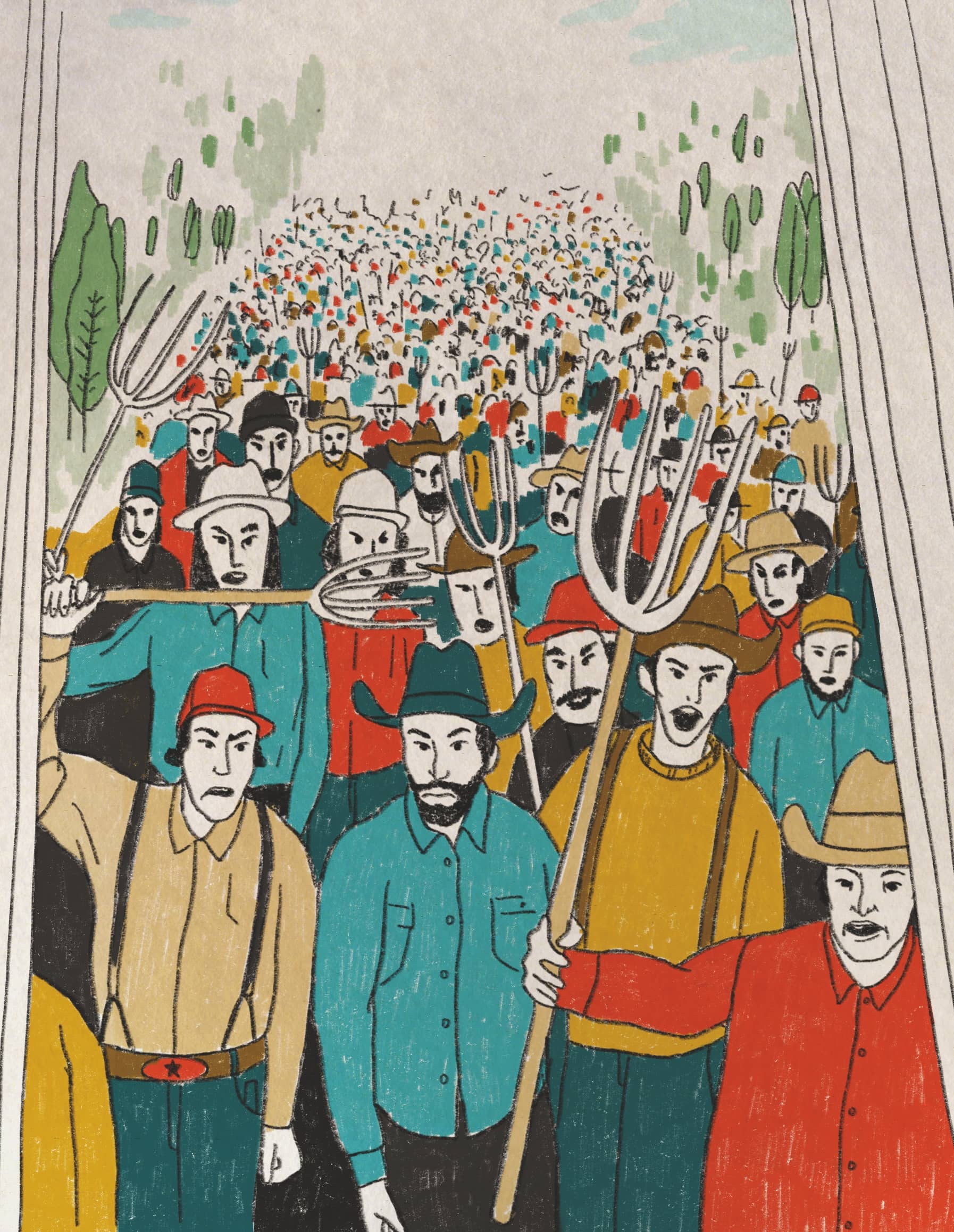 Will small farmers’ beef with Trump sway the 2020 election?

TOM PHILPOTT
ON AN OCTOBER morning, two men and a woman wearing cowboy hats, bearing American flags, and sitting atop horses rode into a windowless conference room in the depths of a Ramada Inn on the edge of Omaha. When they reached the front of the room and faced the crowd of about 500 ranchers, a man stepped to a podium flanked by a dozen American flags sticking out of hay bales and gave an animated recitation of the Pledge of Allegiance. The riders filed out, and the crowd erupted in cheers. Two men sporting yellow “Cowboys for Trump” T-shirts leaped to their feet in applause.

This wasn’t a Trump rally. Rather, these ranchers, some from as far away as Alabama, had converged to demand that the White House rein in the power of massive transnational companies, like Tyson and Cargill, that slaughter and pack more than 80 percent of the cattle raised in the United States. As corporate meat packers have expanded, small ranchers have been getting squeezed: In 1970, they earned about 70 cents of every dollar that consumers spent on beef; today small ranchers get less than 40 cents. Their profit margins have fallen nearly 30 percent since 2016, while packers’ profits have jumped 68 percent. Another measure of desperation, farmer suicides, are believed to be on the rise. As a succession of speakers harangued the crowd about the plight of ranchers, attendees were encouraged to tweet at the president and Agriculture Secretary Sonny Perdue, punctuating their complaints with #FairCattleMarkets.

Even as they lamented how they’ve been put out to pasture, the ranchers were reluctant to criticize the president. “We’re not here to cuss Trump, are we?” asked cattle-market analyst Corbitt Wall, a speaker. “I’m not, or I would showed up.” Employing humor as broad as his hat, he drew laughs by ridiculing Rep. Alexandria Ocasio-Cortez (D-N.Y.)— who has called on consumers to reduce beef consumption to slow climate change—as a “bucktoothed bartender.” He also mocked Chinese people, suggesting they should eat more beef “if they’d like to win the Olympics in something besides pingpong.” But amid the racist schtick, he delivered a stirring critique of an industry that systematically deprives ranchers of market leverage, drawing laughs with the line “cowboys can’t compete with packers.”