It Can Happen Here 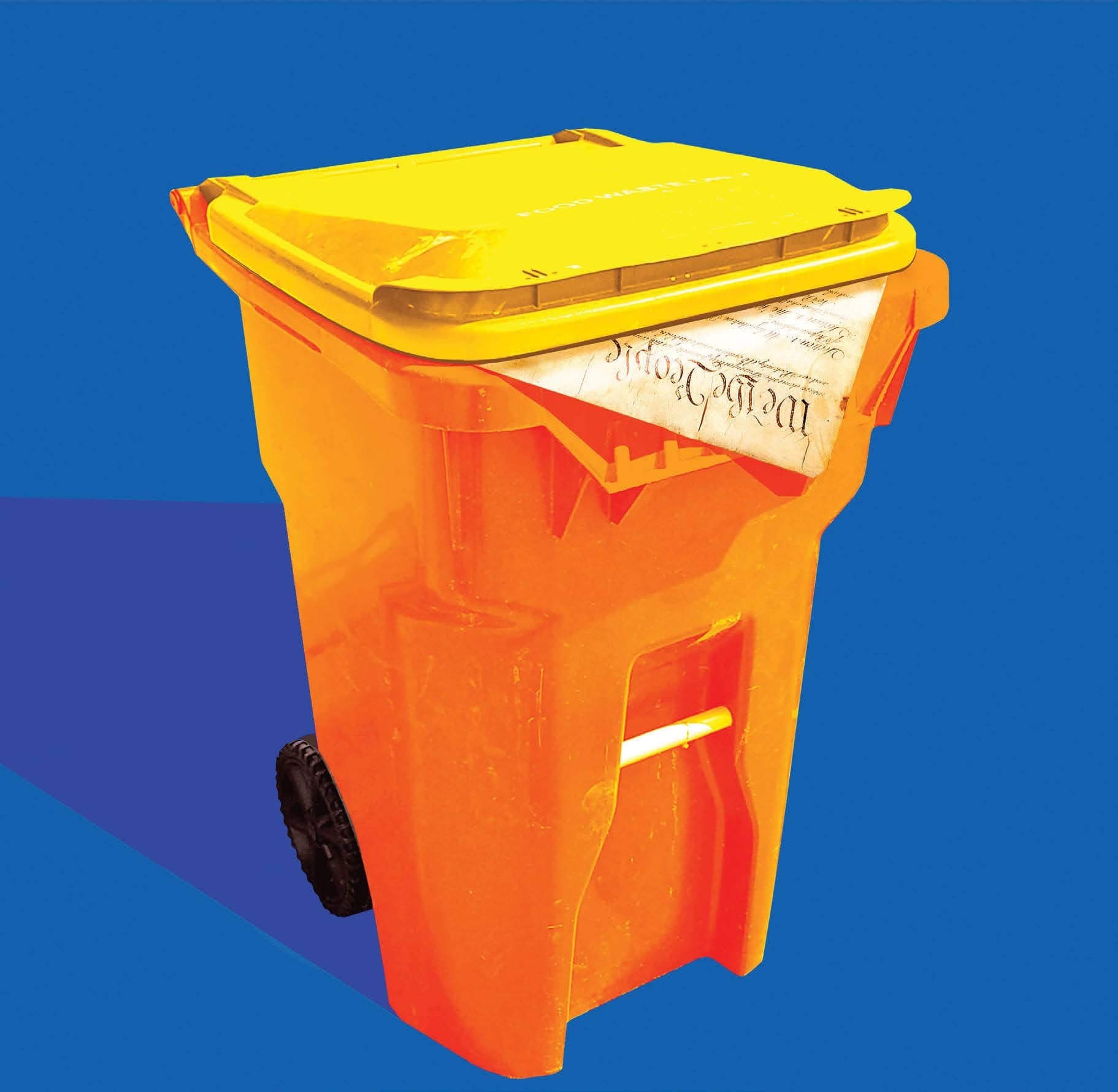 Trump knows he can’t win without trashing the Constitution. And he may just get away with it.

BEFORE THERE WAS a United States of America, there was a postal system. Revolutionaries like Samuel Adams and Thomas Jefferson hatched their plans using underground postal networks known as committees of correspondence. In 1775, a year before the Declaration of Independence, the Continental Congress created the Post Office Department and named Benjamin Franklin the first postmaster general.

American democracy expanded with the postal system, one of the only institutions that bound the new nation together and aimed to serve the many rather than the few. The Post Office Act of 1792, signed by George Washington, heavily subsidized the mailing of newspapers, laying the groundwork for an informed citizenry. It also made it a crime for the government to interfere with the mail. When the French philosopher Alexis de Tocqueville visited the United States in the 1830s, he marveled at the young country’s postal system—it had twice as many post offices as Great Britain and five times as many as France. The United States’ progressive ideals traveled with the mail. Abolitionists sent anti-slavery publications to the South before the Civil War. The postal system employed women before they had the right to vote, and hired 243 Black postmasters during the 19th century. Ten of the pallbearers at Frederick Douglass’ funeral were mail carriers.

There’s a reason why the United States Postal Service remains the most popular government institution, with a 91 percent approval rating. At a time of widening inequality, it costs the same amount to mail a domestic letter no matter where you live. Even in the digital age, the mail remains essential for businesses to serve customers, for seniors and veterans to receive medicine, and for Americans of all stripes to get pandemic supplies like masks—and cast their ballots. Winifred Gallagher, author of How the Post Office Created America, calls it “the central nervous system of American democracy.”

The post office has often been politicized; presidents, most notoriously Andrew Jackson, appointed loyalists as postmaster general and rewarded supporters with postal jobs. But no president before Donald Trump has ever sought to sabotage the institution’s workings to win reelection. Nor has any president installed a postmaster general like Louis DeJoy, the Republican megadonor who in record time instituted a dizzying array of changes—eliminating overtime, displacing 23 top executives, reducing post office hours—that seem designed to further the GOP’s long-term goal of privatizing the post office and its short-term goal of suppressing mail-in votes cast by Democrats. (Following public outcry, he agreed to suspend some of the changes until after the election.)