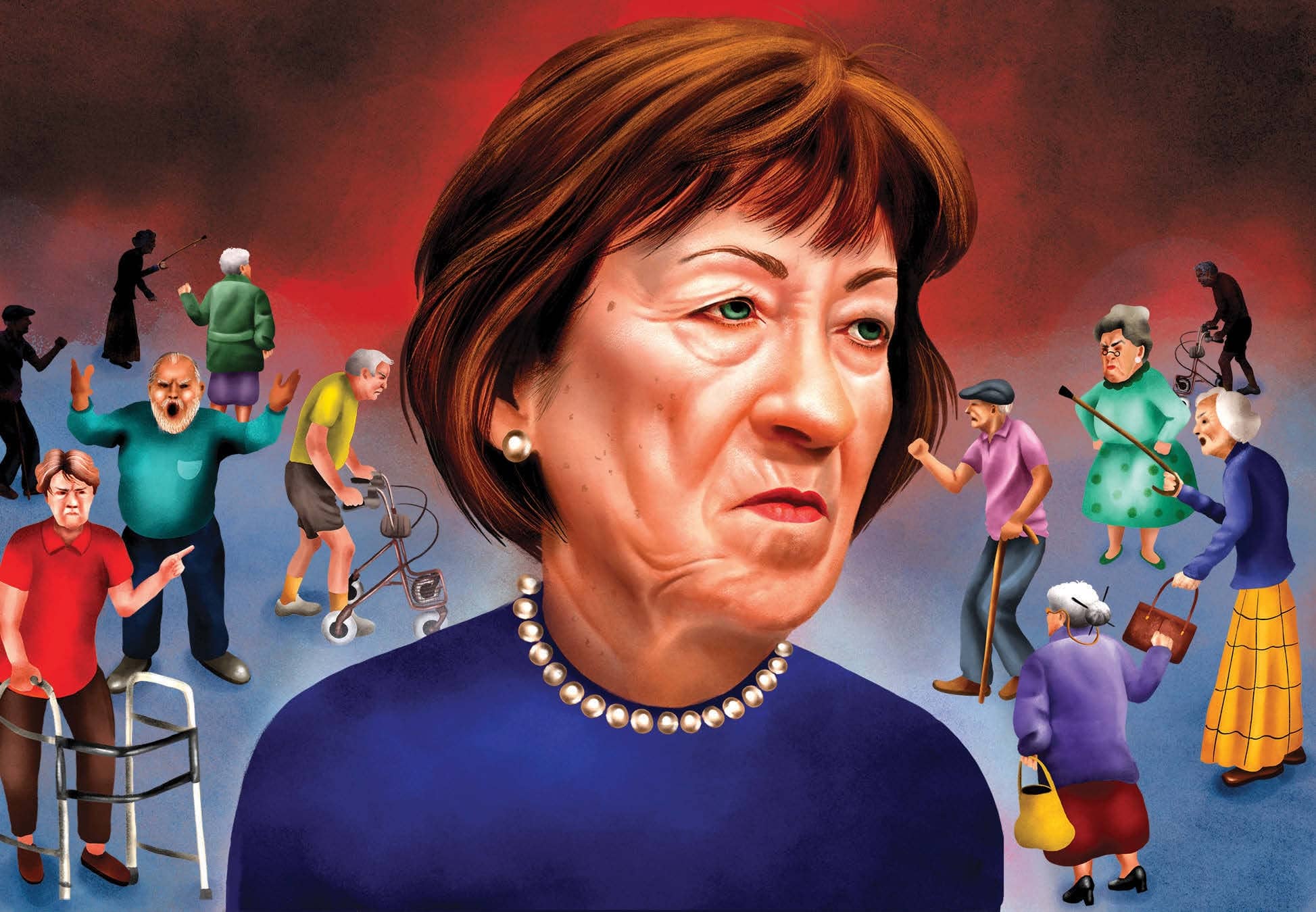 If Susan Collins is forced into retirement in November, you can thank Maine’s oldest voters.

EIGHTY-YEAR-OLD Dennise Whitley was born and raised and still lives in Norway, a 5,000-person town in southwestern Maine where her family has resided for more than 100 years. Her grandfather and father worked in its once-thriving shoe manufacturing industry, in a factory that, like so many across New England, has closed. “And right now I’m making a Maine blueberry pie!” she tells me when we speak over the phone in August.

Whitley says that she and her family “are very good Democrats—and always have been,” even though Oxford County, part of the 2nd Congressional District, which covers nearly 80 percent of the state, is “quite Republican.” But, much like baking with the state’s prized blueberry crop, Whitley has long participated in another proud Maine tradition: crossing party lines for “many, many, many years” to vote for Susan Collins. “She’s a good Maine girl,” Whitley says of the 67-year-old Republican senator. “I tend to vote for the person who I think can get the job done.”

That tradition ends this year. Whitley’s been disappointed by Collins’ turn to “rock-ribbed Republicanism,” exemplified by her vote to confirm Supreme Court Justice Brett Kavanaugh. “I feel badly because I think she has served our country well in the past and was an independent thinker,” Whitley says. “I just am puzzled at the change.”

This doesn’t bode well for Collins. In each of her past four Senate campaigns, she comfortably defeated her Democratic opponents, with consistent support from her fellow Boomers and Silent Generation voters like Whitley who embody a brand of nonconformist New England moderation that favors split-ticket voting. And these voters play an outsize role. More than a fifth of Mainers are older than 65, and they reliably cast ballots. “Maine seniors aren’t only the most important voting bloc in Maine—they’re also the most informed,” says Emily Cain, the executive director of emily’s List, who once served as the Democratic minority leader in Maine’s State House.