Disorder in The Court – Point of No Return 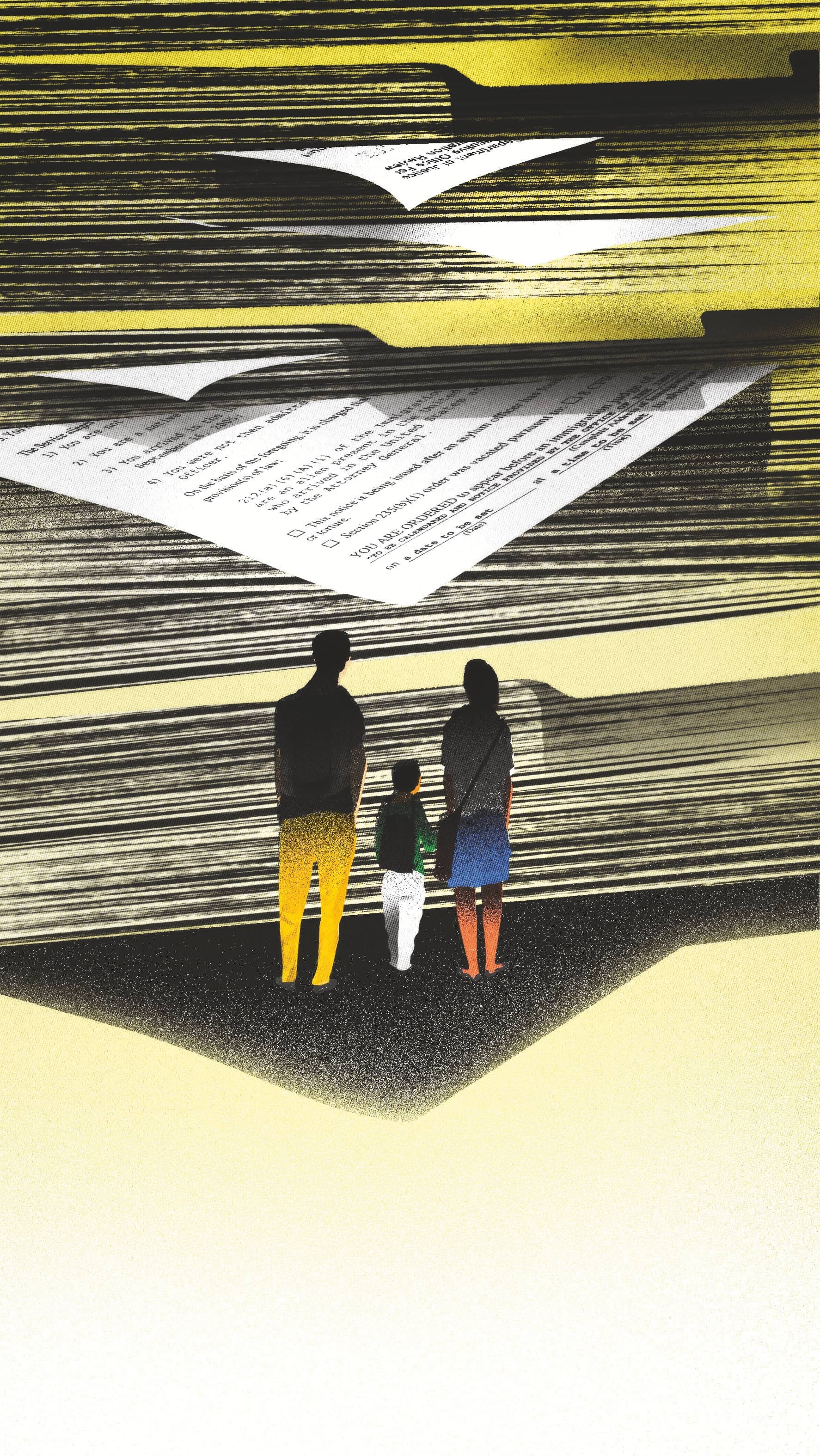 Trump’s “Remain in Mexico” policy has created unimaginable chaos. I went to an immigration court to see it up close.

SAN DIEGO IMMIGRATION COURT, COURTROOM #2 Judge Lee O’Connor has been in his courtroom for all of two minutes before a look of annoyance washes over his face.

Eleven children and six adults—all from Central America, all in immigration court for the first time—sit on the wooden benches before him. They’ve been awake since well before dawn so they could line up at the US-Mexico border to board buses to downtown San Diego, bulletproof-vested federal agents by their side. Like the dozens of families jampacked in the lobby and six other courtrooms in this building, they’ve been waiting out their asylum cases in Mexico, as required by the Trump administration’s controversial Migrant Protection Protocols (MPP), also known as “Remain in Mexico.”

O’Connor’s docket is full of MPP cases today, like every day. The policy has further clogged up the already backlogged immigration court system, stranding judges in a bureaucratic morass and leaving asylum seekers with little hope for a resolution anytime soon. San Diego has one of the busiest MPP courts, due to its proximity to Tijuana, where tens of thousands of asylum seekers have been living in shelters and tent cities.

I was present for the very first MPP hearing in San Diego, in March 2019, and saw how confused and frustrated all sides were that the Department of Homeland Security didn’t seem to have a plan for handling these cases. When I came back earlier this year, little had changed. Even so, it was stunning to see how fed up judges like O’Connor were—and how much their hands were tied. (By midMarch, as the coronavirus was spreading rapidly, the courts remained open—and were still packed.)

O’Connor leans forward to adjust his microphone, rubs his forehead, and starts the group removal hearing for the 17 people in front of him. An interpreter asks if the adults understand. “Sí,” they reply nervously from the back of the courtroom. O’Connor, who was appointed to the bench in 2010, is known for being tough: Between 2014 and 2019, he denied 96 percent of asylum cases before him. He explains to the migrants that they have the right to an attorney, although one will not be provided—there are no public defenders in immigration court. The moms sitting in front of me have their eyes locked on the interpreter, trying to absorb every bit of information. Their kids do their best to sit quietly.

As he thumbs through the case files, O’Connor grows increasingly frustrated: None of them has an address listed on any official forms. “The government isn’t even bothering to do this,” he grumbles. “I’ve seen them do this in 2,000 cases since May.” He looks up at the DHS attorney with a stern expression, but she continues shuffling paperwork at her desk.