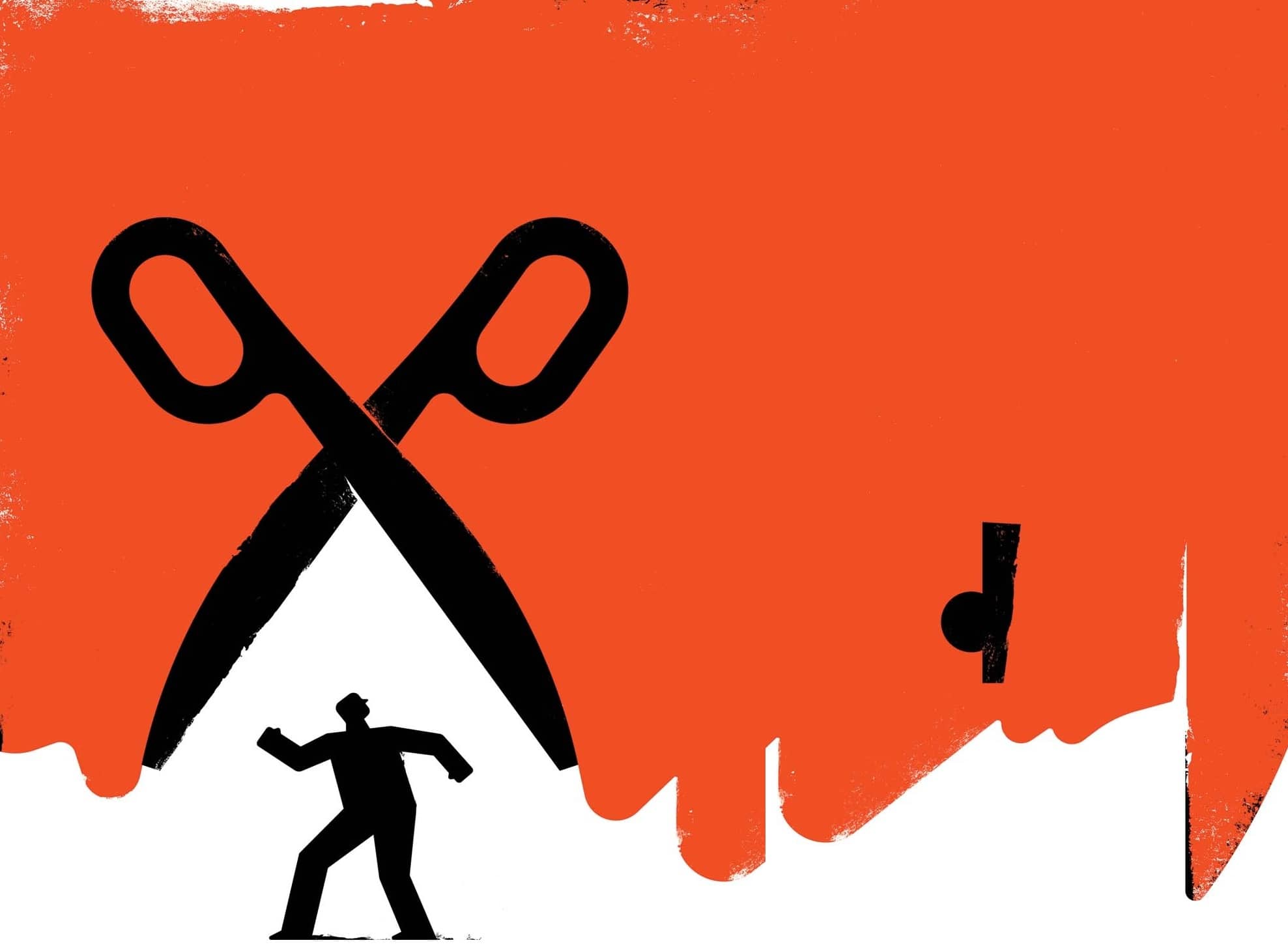 The Trump tax cut failed to deliver for all but the very rich. And the gop thinks this is the perfect time for more.

IN 1980 THE federal deficit was soaring and Ronald Reagan campaigned on a singular promise: He planned to cut taxes on everyone, but especially the rich. He insisted that those benefits would quickly trickle down to everyone and supercharge the economy. Throw in some social safety net cuts, Republicans said, and the whole plan would pay for itself.

They were wrong. The rich got lower taxes all right, but the economy flatlined and the deficit skyrocketed. I should know: I graduated from college the same summer the tax cut passed, and I spent the next three years managing a Radio Shack waiting for the economy to get back on its feet. In 1982 Reagan was forced to raise taxes to make up for his cuts, and he continued raising them throughout his presidency.

In 1993 Bill Clinton passed a tax increase to reduce the deficit. Republicans insisted it would do no such thing. In fact, they said, it would cripple the economy.

They were wrong. The economy boomed, and for the first time since the Roaring ’20s, the deficit turned into a surplus for four consecutive years.

In 2001—and again in 2003—George W. Bush passed a tax cut. Once again, Republicans said it would supercharge the economy and pay for itself.

They were wrong. All we got was a jobless recovery and a housing bubble that wrecked the economy. It produced the worst economic downturn since the Great Depression.

At the beginning of 2013, as part of the “fiscal cliff” negotiations, Barack Obama forced Republicans to accept a tax increase on high earners. But even though the bill passed with bipartisan support, some Republicans insisted it would kill the economy.

They were wrong. The deficit declined and Obama produced the longest economic recovery in American history—one that was still going strong until the coronavirus pandemic killed it.

Finally, in 2017, Republicans passed yet another tax cut. This one primarily benefited corporations and the rich, and once again Republicans insisted it would supercharge the economy and pay for itself.

They were wrong. No—scratch that. They lied. They knew the evidence of the past 40 years as well as anyone, but they sold the public a bill of goods anyway.

Why? Because for all of Donald Trump’s bluster, this was the one thing he really, truly had to do. It’s the one thing the Republican Party’s big donors insist on. They don’t care about immigration or tariffs. Not much, anyway. But they care about lower taxes. As then-New York Rep. Chris Collins (since convicted of insider trading) told reporters shortly before the tax cut was signed into law, donors were telling him, “Get it done or don’t ever call me again.” So they got it done.

The 2017 tax cut had to be supported by a farrago of dishonesty for an obvious reason: The public would never support a tax cut aimed primarily at making the rich richer and swelling the coffers of large corporations—which also benefited the rich. Why would they? So Republicans had to lie. And this time they couldn’t rest with a single lie. Polls showed that voters were skeptical of their tax cut, so this time Republicans had to pile lie on top of a lie.

Why does this matter? For two reasons— one, lies about tax cuts have determined the course of America’s economy, and the individual fortunes of millions of families including yours, for decades. Many of the inequities laid bare by the pandemic have been in the making since the Reagan era. And two, amid the coronavirus crisis, we’re about to have another debate over whether tax cuts can juice the economy. To evaluate those claims, it behooves us to look at what Republicans said about their 2017 tax cut—compared to what actually happened. Spoiler alert: Every single economic indicator Republicans said would go up, didn’t.

It all started with the initial justification for the tax cut: namely that American corporations paid the highest tax rates in the industrialized world, which put them at a huge competitive disadvantage. So at the end of 2017, while they still had full control of Congress, Republicans passed a $1.5 trillion tax cut—nearly the size of the gigantic coronavirus rescue bill passed in March. The 2017 bill contained cuts to both the personal tax rate—which mostly benefited the rich—and the corporate rate. But Republicans faced a cognitive dissonance problem: Weren’t American corporations actually doing pretty well? Why did they need a huge handout?

This was no secret. So to justify cutting corporate tax rates even further, Republicans had to manufacture a laundry list of reasons it would be good for the economy. And that’s when the lies started piling up.

The first and most fundamental logic behind the Republican predictions that a corporate tax cut would promote economic growth and higher tax revenues was a simple one. According to the academic language in a paper published by the White House Council of Economic Advisers, “A decrease in the tax rate on corporate profits...decreases the before-tax rate of return used to assess the profitability of an investment project.”

In plain English, this means that corporations will only make investments that are likely to be profitable. Taxes are part of this, so if you decrease the tax rate on profits, more investments will go forward. In the words of Larry Kudlow, the lifelong supply-sider who became director of President Trump’s National Economic Council, corporate tax cuts produce an “investment boom.”

But Kudlow’s boom never came. Taxes may matter, but what matters a lot more is whether corporations have confidence that the economy will grow vigorously and produce more demand for their products and services. The Republican tax cut didn’t produce that confidence. Regardless of what they said in public, most CEOs knew perfectly well that a tax cut was just a temporary shot in the arm. It might modestly spur consumer demand for a short time, but in the long run, it would do nothing—or maybe even produce a weaker economy.

Sure enough, business investment, which usually reflects decisions made in the past, grew on autopilot for a couple of quarters, but after that, steadily declined. In the last quarter of 2019, the level of business investment was lower than it was a year before.

You can also look at new orders for capital goods, which generally react quickly to changes in the economic outlook. But the growth rate of new orders began declining immediately after the tax cut was passed, reaching zero in late 2018 and falling into negative territory in mid-2019. (Charts are adjusted for inflation were relevant and run through the end of 2019 before the COVID-19 recession took hold.)