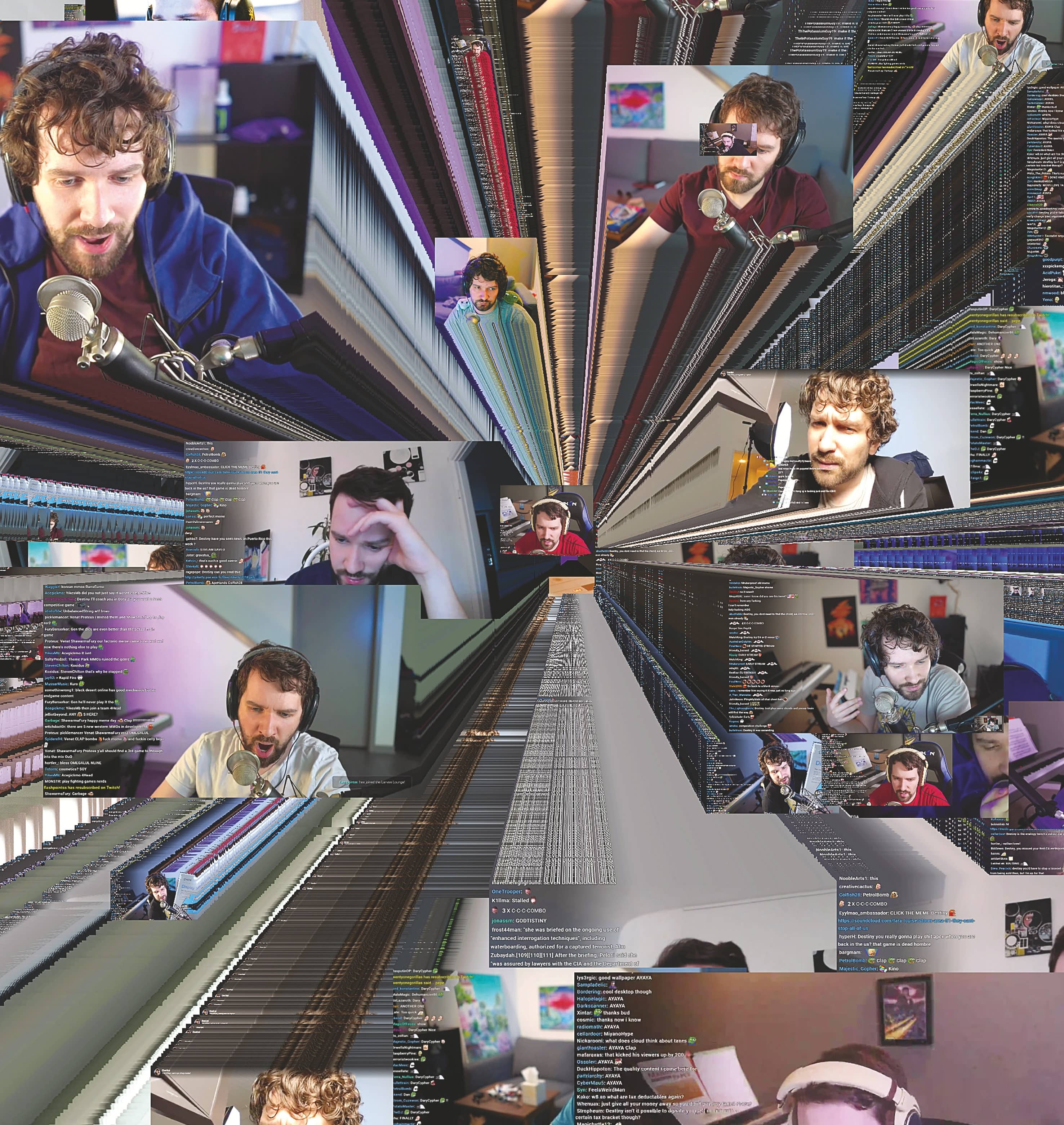 Meet the streamer who fights the online right while speaking the language of gamergate.

STEVEN BONNELL SIGHED deeply. “You a bitch-made motherfucker,” says a woman’s voice coming from his computer. “You are retarded,” it continued.

Bonnell, who live-streams his life under the pseudonym Destiny, was in the middle of a debate that had gone way off the rails. The woman, a lower-profile conservative internet figure, had been slated to talk with him about police brutality, but the plan was thrown after she got mad that he called her an “anti-vaxxer.”

As she lobbed insults, Bonnell hardly raised his voice. “I don’t know if I’ve ever debated a smart conservative,” he says to me, turning away from his computer in frustration as she kept up a monologue.

Bonnell is a professional video game streamer who makes his living broadcasting nearly constant footage of himself, usually talking politics, playing video games, debating people, or some combination of the three.

Politically, he’s an outlier. Gaming spaces have a reputation for incubating online right-wing culture, most famously exhibited by Gamergate, the sprawling reactionary harassment campaign that began by targeting women working in gaming, spurred by their presence in the industry and the increased diversity of its products. Like any troll, Bonnell loves an argument, and his battles with the online right have earned him hundreds of thousands of dollars. He regularly spends up to 16 hours a day championing largely left positions, streaming to thousands of viewers at any given moment. Video game streaming is a new public square, and Bonnell has built one of its bigger soapboxes.

When I visited him in his Glendale, California, apartment, the wiry 31-year old with an Edward Snowden beard-and glasses combination had woken up just in time to grab a hot chocolate from a nearby Starbucks before beginning to stream around noon. He sometimes doesn’t finish until early the next morning, with little to no break, often not consuming more than a single meal in the process.

His video is shared on Twitch, the most popular gaming Livestream platform, where many have built lucrative careers. Amazon, which ranks the almost nine-year-old site as one of the world’s 50 most visited websites, acquired it in 2014 for $970 million. Every month, more than 2 million people use it to stream, while 15 million watch daily, making it one of the largest online spaces that most people over 30 have probably never heard of.

For the uninitiated, Twitch is sensory chaos. A running chat scrolls across the stream, while stray, ambient noises accompany spontaneous graphics announcing things like new premium subscriptions. Twitch streamers often sell viewers the ability to interrupt their broadcast with pop-up text or spoken messages; Bonnell charges a $5 minimum for the privilege. If a streamer is playing a game while filming themselves, they’ll either split the screen or superimpose their image over the action. Things only get messier when streamers invite colleagues to join in.

Bonnell’s particular Twitch niche is debating conservative internet personalities and staking out mostly progressive positions. That makes Bonnell an exception on the platform and, more broadly, in gaming, where, if anything, people tend to skew toward libertarianism. These gamers have provided recruits for the right-wing; Bonnell’s work lays out a different path.

“It feels unfair to paint the entire site with a broad brush in terms of political belief, but I would say in general, the chat probably breaks a bit further to the right. And it feels like the chatrooms and most of the large streaming content, even in video games, break a bit to the right as well. I usually describe it as ‘gamer bro politics,’” Bonnell says. While they may be “middle-class white straight males who call themselves a liberal or Democrat in America, they don’t want to see too many black people in video games...They think Gamergate is a good commentary on sociopolitical issues today—so like feminism is ruining media.” This crowd can sometimes be outright bigoted or, at best, ignorant of the adversity that women and religious, ethnic, and racial minorities face. They’ve also been influenced by high-profile online right-wingers—the people Destiny targets.

By intentionally cultivating the sense that he doesn’t care about anyone’s opinions of his opinions, especially regarding what he can or can’t say, he echoes the rhetorical trappings of firebrand libertarians and conservatives. Bonnell’s harshness is probably part of what makes him so popular: His ability to speak the language of Gamergate goes far in an ecosystem that was shaped by it and that has shaped him.

In 2017, he boosted his profile by debating Lauren Southern, a prominent white nationalist. Southern had cited a Harvard economist’s work on immigration and the US labor market to argue for closed borders, but Bonnell came armed with research showing the professor disagreed with her conclusions. As things started to go poorly for Southern, she made her first of many pivots from economics, instead of warning of “people creating Shariah zones” that would “change the culture of a country.”

“I don’t know what you mean by cultural problems. I hear crazy statements like ‘immigrants are going to outnumber us,’” Bonnell responded, arguing that migrants tend to assimilate unless they experience discrimination. Southern flipped back, claiming they drain welfare systems and hurt economies. Bonnell cited Germany, which experienced five years of GDP growth alongside the arrival of Syrian refugees, and pointed out many of them want to return once it’s safe.

“They won’t. Why would you go back to the Middle East if you could live in Germany on welfare?” Southern asked.

Bonnell was fed up. “You know everyone’s goal in life isn’t to live on welfare?” he pressed. “These are actually human beings that have their own dreams and aspirations.”

WHEN BONNELL STARTED streaming in 2011, he identified as a libertarian with right-of-center social beliefs. He also spent more time talking about a broader range of subjects—not just gaming, but philosophy and science, along with some politics. While Bonnell says his transition from his older views and topics was gradual, he can point to several catalysts: noticing the harassment a female friend faced when gaming; hearing a friend use an anti-gay slur, and seeing the backlash when the FIFA soccer video games prominently featured a nonwhite player. By the time Donald Trump was making his way through the 2016 Republican primaries, Bonnell’s transformation was complete. He was fully focused on using his stream to foster “better conversations about politics” while tilting the discourse of gaming to the left.

Destiny now identifies as “a very big social democrat” but also as a capitalist. (The latter label, in a familiar online dynamic, can irk his viewers who are further to the left.) He argues that structural racism is real, that the trans community is ignored and underserved, that significant numbers of refugees and immigrants should be welcomed, and that unbridled money has corrupted politics. Some of the frustration he draws from ostensible allies is driven by the language he uses, but also by the fact that he sees himself as having arrived at his positions through a different and “particular paradigm” from most on the left.

“I want to maximize good outcomes for everybody. From that position, I get to things like universal health care, or guaranteeing food and housing and stuff to people, and caring about LGBT issues and racial issues and everything. But I’m not intrinsically attached to that,” Bonnell said, describing a style of argument that foregrounds obdurate rationality common to online libertarians—which makes sense, given that he identified as one not long ago.

Though Bonnell is virtually unknown in the mainstream, he’s carved out an unusually large following to become one of Twitch’s more prominent personalities; with over 500,000 followers, and 10,000 viewers on his best days, he’s among the most popular Twitch streamers. While he mostly debates right-wing streamers with smaller followings, his prominence has enabled him to take on increasingly high-profile opponents, including white nationalists like Southern and Nick Fuentes.

With the exception of his beloved high-performance Ford Focus RS, Bonnell seems to barely spend the money he’s made streaming. The sparseness of his apartment and the fact he is online most of the day would appear to confirm that. The spartan lifestyle reinforces the impression that he prioritizes his work. “I enjoy the conflict. I love arguing with people and I like it when people hate me,” Bonnell says.

Even if money and luxuries aren’t his focus, they aren’t out of mind. “If you compare me to my family, I easily live the poorest,” Bonnell told me, recalling his childhood in a “huge house” in Omaha, Nebraska, with an indoor pool. That lasted until he was almost a teenager when his mom’s lucrative around-the-clock home daycare business fell apart. 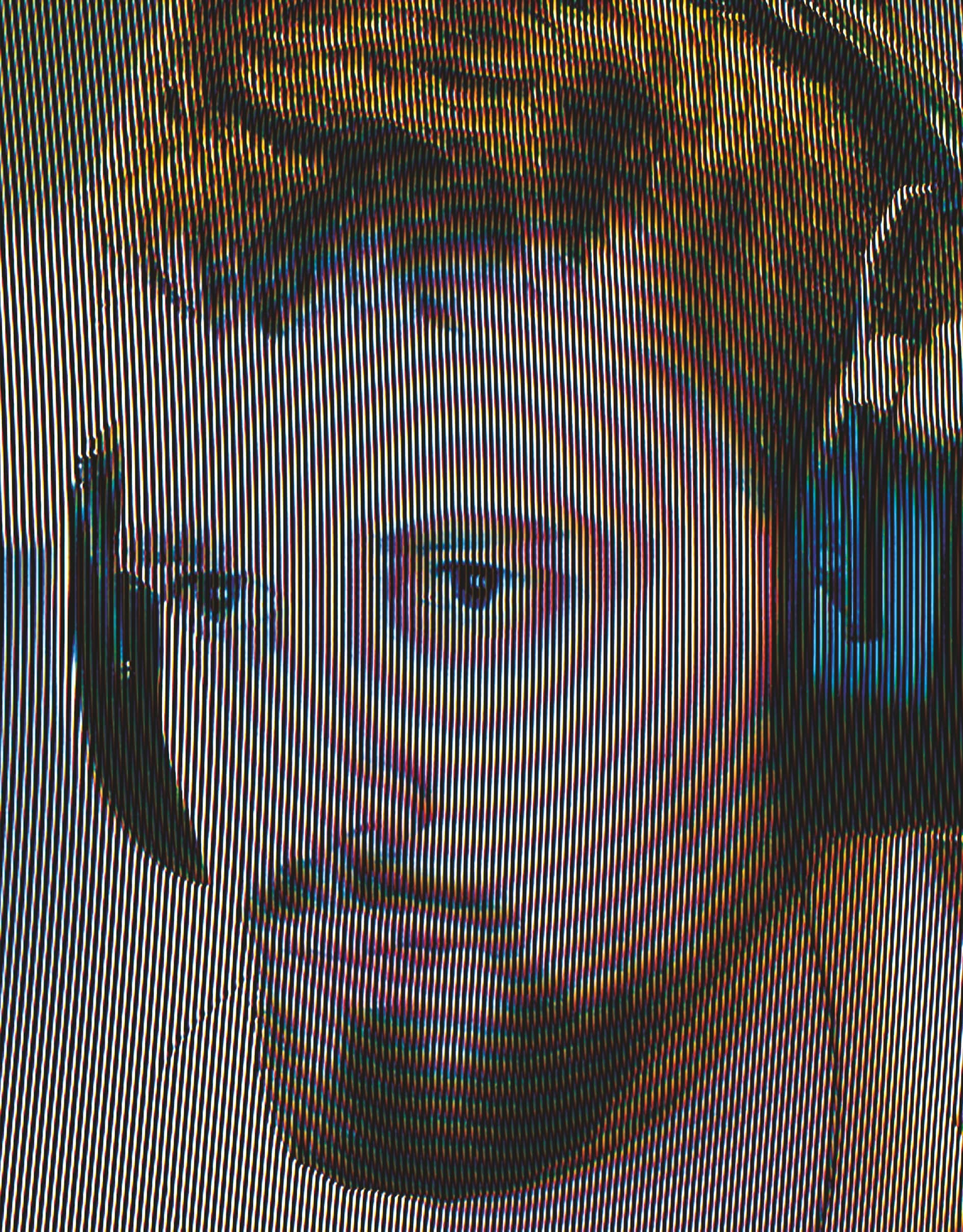