All The Rage
Dan Crenshaw declared war on cancel culture. But who’s really getting canceled?
By Tim Murphy, Ilustration by Lincoln Agnew

The reaction was as instantaneous as it was predictable: Angry tweets. An angrier press release. An apologetic phone call from Lorne Michaels. But as Republicans called for Davidson’s head, the butt of the joke appealed for peace. The next day, Crenshaw filmed a video in his car.

“I want us to get away from this culture where we demand apologies every time someone misspeaks,” he said. “I think that would be very healthy for our nation to go in that direction. We don’t need to be outwardly outraged. I don’t need to demand apologies from them.” The real tragedy, he added, was that the joke wasn’t funny.

A week later, Crenshaw—now a representative-elect—was live from New York to accept the apology he insisted he didn’t want. (“Maybe the most uplifting moment in American politics I’d seen in a decade,” gushed the conservative pundit Ben Shapiro.) A few days later, Crenshaw wrote an op-ed for the Washington Post calling for civility in politics. As Republicans limped into the new year, Crenshaw entered Congress as the face of a cultural counterrevolution, a beacon in a fog of toxicity.

A year into his Washington career, Crenshaw has emerged as the breakout star of the Republican Party’s Class of 2018. He’s one of the most sought-after fundraisers and speakers in town, and activists are already buzzing about a presidential run. Crenshaw has the kind of platform it takes many politicians years to build, in part because at first glance he’s the type of conservative who seems to have gone extinct during the Trump years—young and quick-witted, with a record of personal heroism and an earnestness about following our better angels. In a March 2019 profile of Crenshaw, Politico offered him as a counter to sycophantic Florida Rep. Matt Gaetz, arguing that the Texan supported “the possibility that the future of the Republican Party could be more conservative than Trumpist.”

Yet for all that promise, his brief tenure has shown how strong Trump’s grip on the gop is. Members of the Never Trump crowd of Republican exiles had high expectations for Crenshaw, only to see him fall in line and run interference for the president— on everything from the Ukraine scandal to the administration’s child- separation policy—in a manner often indistinguishable from Trump’s most obsequious Republican allies. “The pressure every day has been, are you going to go with Trump and defend him, or are you going to stand on principle and make the argument for what’s right?” says Republican dissident Heath Mayo, the Texas-born founder of an online movement dubbed #PrinciplesFirst, aimed at reclaiming the party from Trump. “I think he’s made that decision incorrectly, and played it too cute by a half almost every time.”

Crenshaw’s first appearance on Face the Nation, a couple weeks after getting elected, was telling. “This broad-brush criticism that the president is somehow undermining our democracy—I always wonder what exactly we’re talking about,” he remarked. Like most of his Republican colleagues, Crenshaw appears to have made the calculation that his political fate depends on not trying too hard to find out.

Born in Aberdeen, Scotland, to American parents, Crenshaw spent his childhood bouncing between the Houston suburb of Katy and various oil industry hubs overseas—Colombia, Ecuador, Egypt. His father was a petroleum engineer; his mother, a nutritionist, died of cancer when Crenshaw was 10. He traces his professional awakening to a book he read as a kid called Rogue Warrior, by an ex-seal named Dick Marcinko. It was real Rambo shit: In one scene, Marcinko eats the brain of a live monkey to impress a group of Cambodians. Crenshaw was hooked. “I planned every bit of my life, from that moment on, on becoming a seal,” he later said. After high school in Colombia and four years at Tufts, he went straight to seal training. By 2008, he was in Fallujah.

Nearing the end of Crenshaw’s third deployment, in June 2012, his unit was dispatched to a village in Afghanistan’s Helmand province. As they cleared the area, his interpreter stepped on an ied a few feet in front of him. Getting blown up, Crenshaw tells people who ask—and people often ask—“feels like a truck hit you, and there’s a bunch of guys in the truck shooting you with a shotgun, and also pouring Tabasco sauce all over your body.”

The blast dismembered the interpreter; Crenshaw was knocked over. According to his official Navy record, Crenshaw “selflessly refused to be carried on a litter, thereby preventing his comrades from exposure to enemy fire.” He walked to a medevac, where he was promptly put into a medically induced coma. Crenshaw lost his right eye but eventually regained vision in the left after multiple surgeries. He made two more noncombat deployments before higher-ups final ly pushed him into medical retirement.

Unsure exactly what he wanted to do, but with a notion of working on national security policy, he enrolled at Harvard’s John F. Kennedy School of Government in 2016— as strange a time as any to begin studying politics. On election night 2016, Crenshaw’s Harvard cohort crowded into a Cambridge bar and munched on red, white, and blue cupcakes as the results came in. Some students cried the next day; others poured out their frustrations on the few conservatives in their midst. Crenshaw now says he voted for Trump in 2016, but he kept it to himself back then—his friend and classmate Allyson Walther, a former Navy pilot and current reservist, told me he “didn’t really publicize his support for anybody” that year. 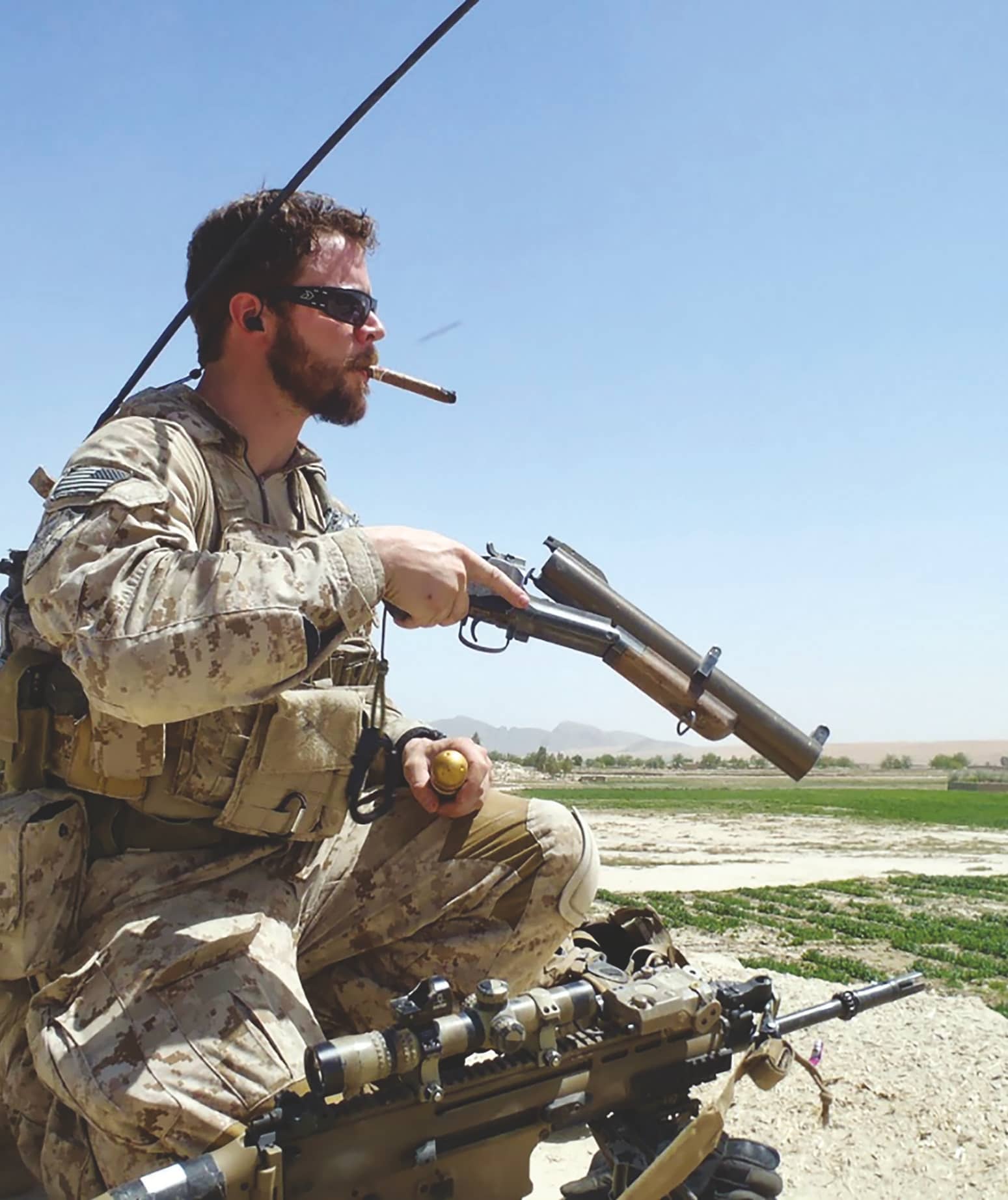