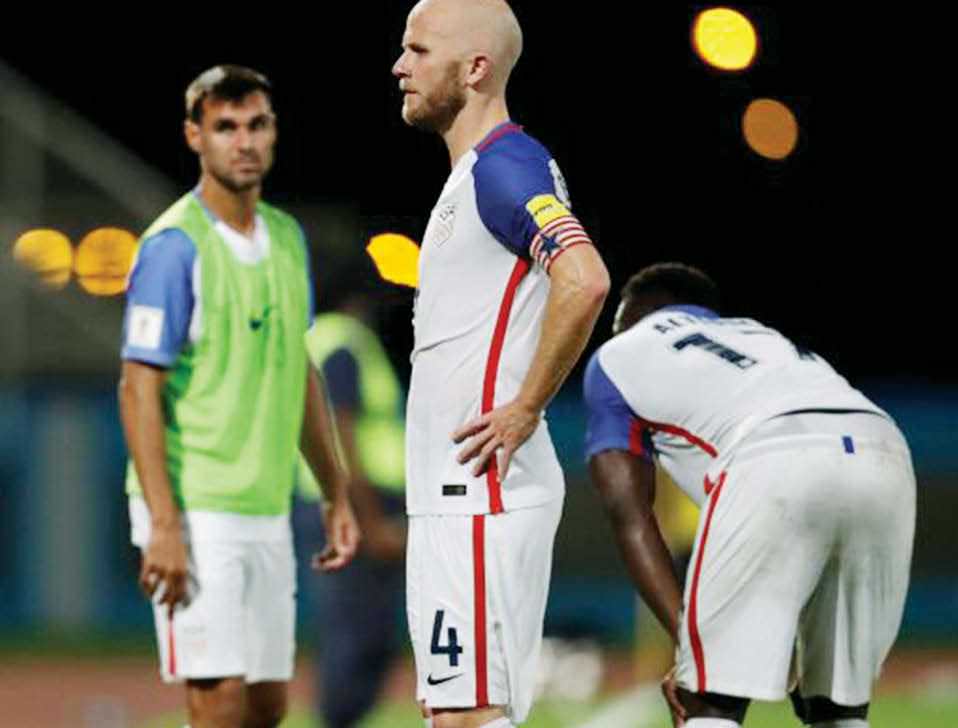 THE USA experienced their biggest football humiliation for close to 30 years last month when they spectacularly failed to qualify for the World Cup in Russia.

The repercussions of this abject failure, brought about by a loss to Trinidad & Tobago, will be felt for years to come - and not just in America.

Start with the economics. Seems that would be a good place seeing how the US is, for better or worse, the defacto leader of the capitalist free world (a mantle we inherited from our former colonial master, as most of you reading this will be quick to claim. Fine, so it's all your fault. But let's stick to the topic here, shall we?).

The US is the world's largest consumer market and the largest source of television viewership. Fox paid more than $400 million for the (English-language) rights to broadcast the 2018 World Cup stateside.

In 2014, an average of 14 million Americans saw the USA's World Cup matches in Brazil, according to numbers compiled by Forbes. That's a lot of eyeballs.

While surely not all of the 14 million will tune out now that the US failed to qualify, a large portion most certainly will. In Brazil, games not featuring the US averaged just 3.9 million viewers, according to the New York Times.

So you're looking at a loss of about 10 million viewers. That's still a lot of eyeballs. It's also a lot of upset sponsors.

Then there is the tourism. In 2010 most visitors to South Africa came from the US. In Brazil, American visitors were the second-most numerous behind only Argentines.