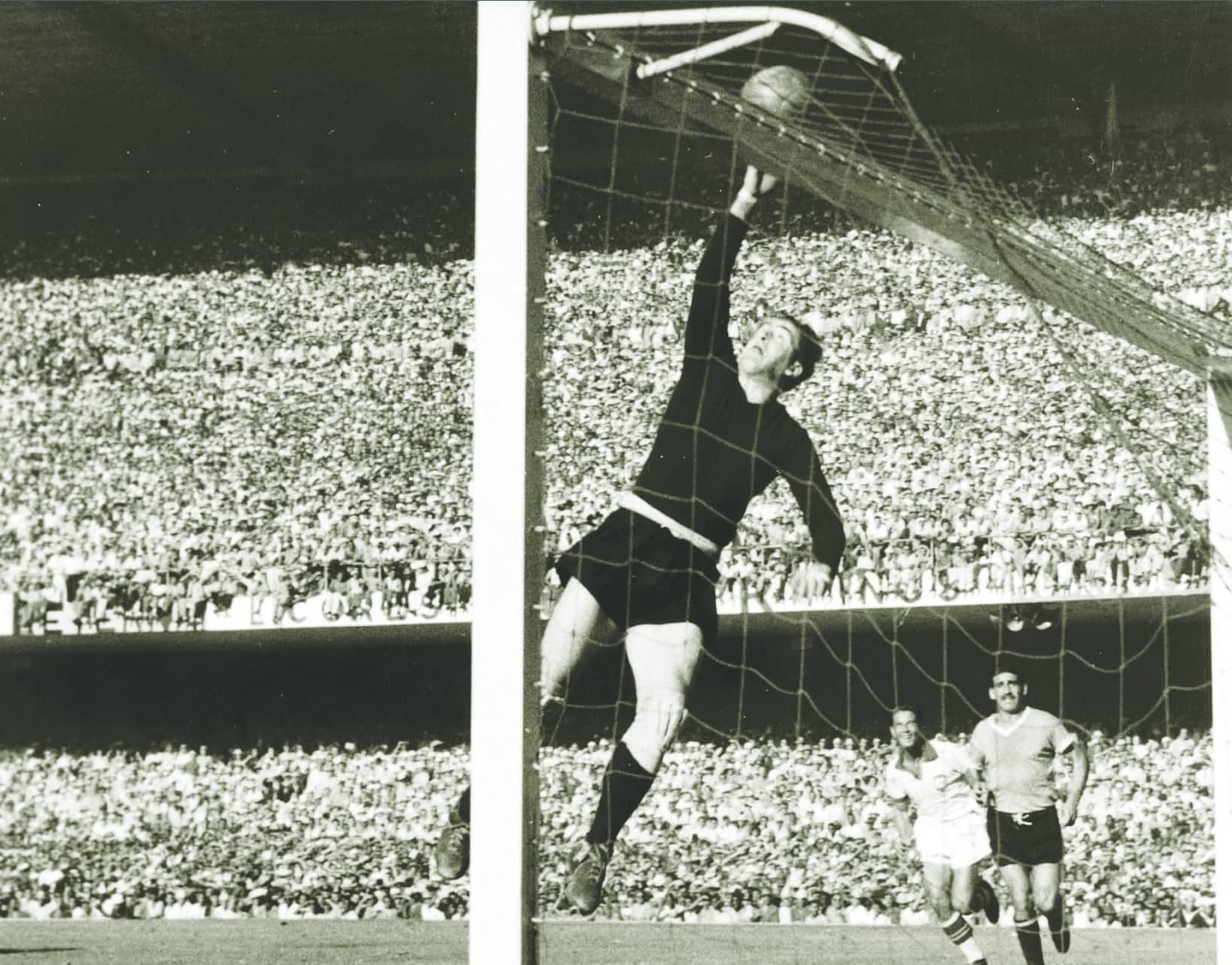 ROSS KILVINGTON RECALLS BRAZIL’S WORLD CUP AGONY IN 1950 AND HOW THEIR GOALKEEPER SUFFERED FOR IT...

MOACYR Barbosa was heralded as one of the finest goalkeepers in the world throughout the 1940s and 50s.

He stood in goal for Brazil during what should have been their finest honour - glory at their own World Cup.

It wasn’t to be for the team, the shining stars of a country that was desperate for success.

Newspapers even ran headlines the day before the match against Uruguay (which technically wasn’t an official final, but if Brazil drew or won the game, they would hold the trophy) proclaiming them to be champions.

Legend has it that in 1963, long after he had retired, Barbosa was presented with the old wooden goalposts at the Maracanã as a gift. The story goes that he took them home and burned them, maybe for his own piece of mind or to potentially banish the ghosts from that fateful day.

A life lived in despair from that moment on, this is the story of the most infamous day in Brazilian footballing history and the first World Cup of a world being finally free of global conflict.

The Second World War had caused destruction in Europe and, by 1950, much of the continent was still trying to recover. Italy had won the previous World Cup in 1938, which was the last one before war intervened and stripped many players of the chance to play on the biggest stage.

Football can be a platform to unite nations and spread overwhelming joy into the hearts of everyone, and after the Second World War, the World Cup was needed more than ever.

In stark contrast to Brazil’s impressive World Cup record since 1958, their early experiences were slightly underwhelming.

Knocked out in the group stage in the first edition in 1930, where they only won one game, the Selecao travelled all the way to Italy in 1934 to get knocked out by Spain in the first round (the competition was a straight knockout format in ‘34 and ’38).

A vast improvement was made to finish in third place in 1938, losing to the winners Italy in the semi-finals, with their striker Leonidas finishing as top scorer.

The planned World Cups of 1942 and 1946 were both cancelled due to the global conflict that was underway at the time.

FIFA were insistent on holding another competition as soon as it was feasibly possible to do so but there was one problem - it was extremely difficult to find a country that was both willing and able to host the event.

As the previous two events pre-war had been held in Western Europe, it was suspected the next competition would be held in South America, striking somewhat of a gentleman’s agreement to rotate the host continent every four years.

Brazil was officially awarded the World Cup at the FIFA congress in 1946. As is often the case with major sporting events, the host nation tends to build new stadiums to create a lasting legacy.

This was no exception for Brazil and, in this instance, the new stadium was to be the finest of them all. The construction of the Maracanã began in 1948 and, with a capacity of 160,000, it meant it was the largest stadium of its kind in the world.

Many critics, however, argued the money to be spent on the construction of this new arena would have been better spent on other areas such as healthcare and education.

The government eventually funded the building of the stadium and the stage was set for the 1950 World Cup to begin (although many reports state that the stadium still wasn’t complete as the finals got underway and there was still cement drying and scaffolding in some areas).