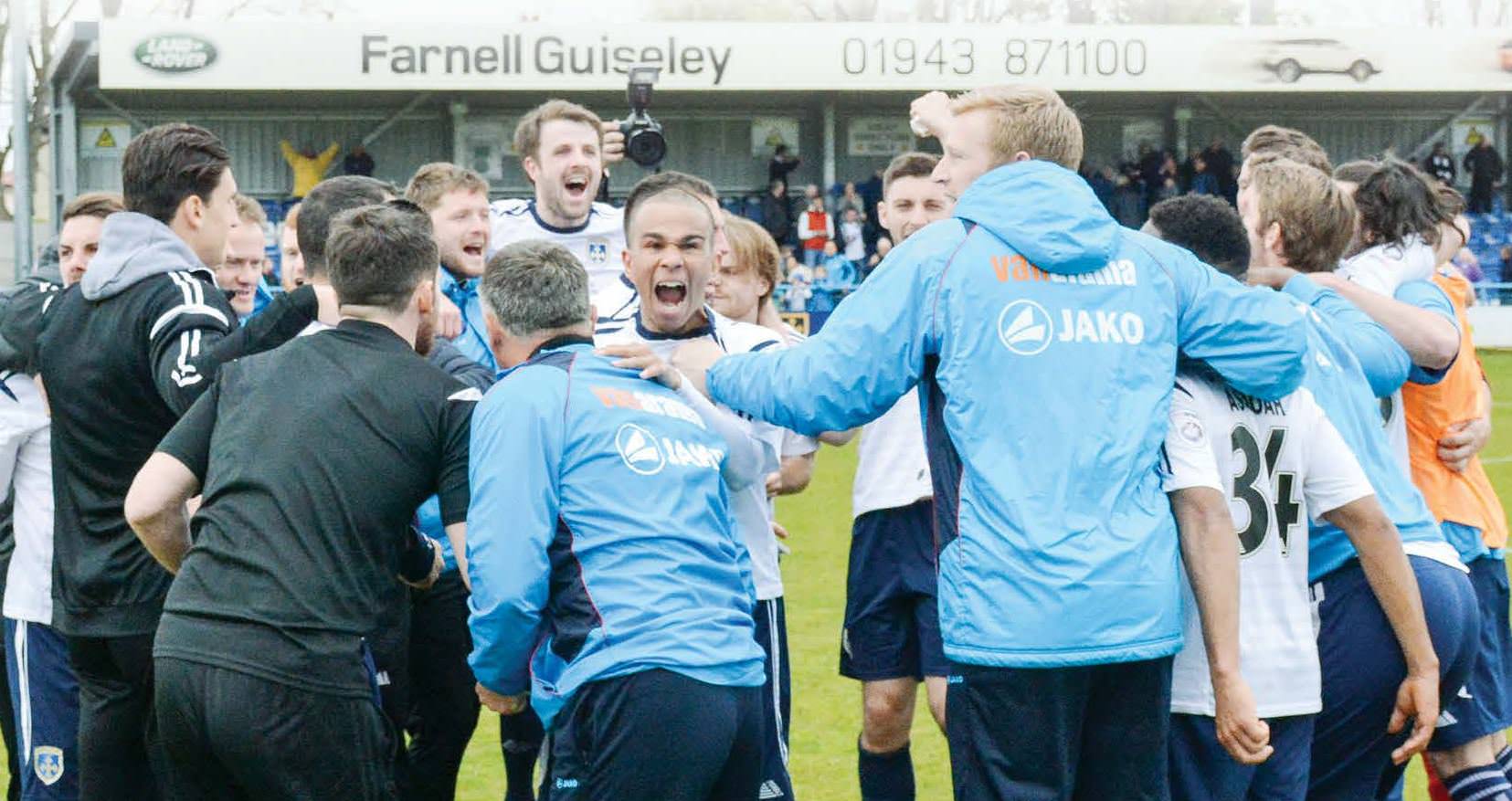 IF YOU think of football in West-Yorkshire, you could be forgiven for overlooking Guiseley AFC.Currently presiding in the fifth tier of English football, ‘little Guiseley’ are facing another season fighting relegation from the National League.

Yet this has not stopped their board from launching ambitious plans to not only establish themselves in the National League, but also to break into the Football League.

Will Guiseley ever be as fearsome as their nickname, ‘the Lions’, suggests?

Living under the shadow of Leeds United and Bradford City hasn't proved favourable to Guiseley, founded in 1909.

The Lions have spent their entire history in NonLeague.

With the exception of a few FA Cup appearances in the early rounds and an FA Vase (1990-91), the club have struggled to find success outside of their neighbours' shadows.

However, the 2014-15 season was one to remember. They defeated AFC Fylde 3–1 on aggregate in the Conference North semi-finals before beating Chorley 3–2 in the final to gain promotion to the Conference Premier, now National League.