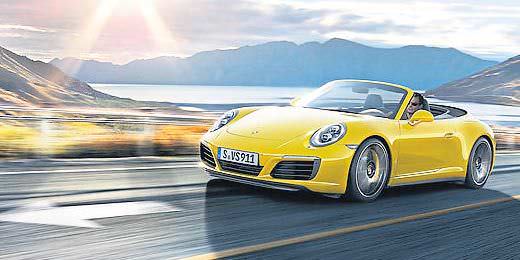 Porsche sales in Ireland reached near-boom levels in 2016, with the sale of luxury cars on the rise since the lows of the economic crash.

All car sales took a fall between the years 2008 and 2011 and a broad increase can be seen across all makes from 2012 to 2016, according to an analysis of statistics compiled by the Society of the Irish Motor Industry.

Belgard Porsche, the only retailer for the car in Ireland at the time, closed down in 2009, contributing heavily to the drop off.

A steady growth in registrations occurred over the following years, peaking again at 85 in 2015 and 70 last year. An early count for the first two months of this year appears to indicate a maintained trend, with 24 registrations so far, compared with 26 in 2016 and 23 in 2015 in the same period.

The vast majority of Porsches are registered in Dublin, according to The Irish Times.