The Unending Hole In The Pot! 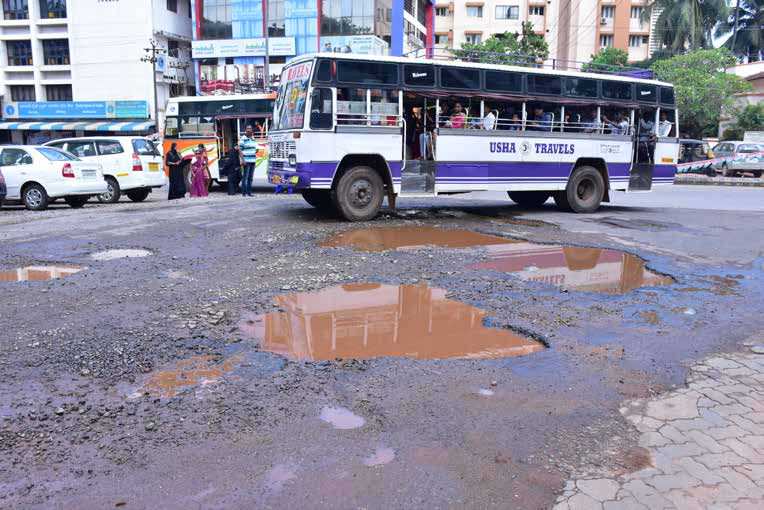 Pot Holes are a bane for the urban commuter in Karnataka and very specifically Bengaluru. They have caused fatalities, grievous injuries and destroyed families. Why do they occur, who is and can be held responsible, and are they? These questions are answered by Merlin Francis (Twitter: @franc_merlin) as she delves deep into the pothole that has no end.

Merlin Francis
Mridula (name changed) (29) was riding her two-wheeler to work on August 16 when she encountered a pothole on the Nagawara flyover in Bengaluru. “There was a car in front of me. I noticed the pothole only when I reached its edge. Then I braced for a fall,” she recalled. The pothole, she claimed, was the size of her Scooty tyre and swallowed it. Mridula’s life was saved because cars behind her stopped, but the injuries cost her three weeks at work, not to mention the hospital charges.

When she returned to the road three weeks later, the pothole was still there. A week after that, she found concrete poured on it, and now there was a bump instead of a pothole. Soon, the concrete came apart as well. Mridula considers herself lucky, but riding on Bengaluru roads seems like pushing your luck. In October, when three people came under the wheels of heavier vehicles in a week as they navigated potholes in the city, Karnataka chief minister Siddaramaiah put his foot down. Though the Bruhat Bengaluru Mahanagara Palike (BBMP) complained and blamed the monsoon, he gave BBMP a 15day deadline to fix all the potholes in the city. All 15,935 of them, as identified by the Palike in October. civic activists peg the number to be one lakh, though.

According to statistics released by the Ministry of Road Transport and Highways (MoRTH) this September 2017, the year 2016 saw more than 4.8 lakh road accidents in the country. About 9.2% of these happened in Karnataka. The state’s share in the number of deaths caused by these accidents is 7.4%, standing behind Uttar Pradesh, Tamil Nadu and Maharashtra. Bengaluru grabs a bronze when it comes to cities with highest road accidents. Chennai came first and Mumbai sixth. 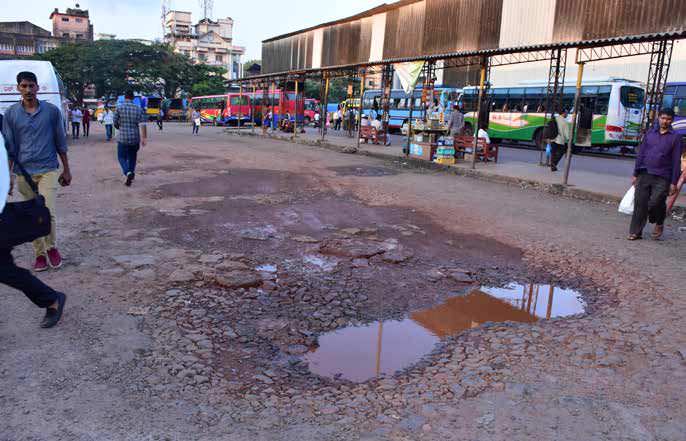 The situation is no different in Mangaluru. Here, until a few years ago, the Mangaluru City Corporation (MCC) would get potholes filled with mud during the monsoon, despite the self-defeating nature of the exercise. Often, one gets to read how a home guard or an auto driver or school students hit the road to fix these potholes, since there’s little faith in the civic body to do its job. Internet is awash with photos and news articles about crater-sized cavities on the city’s roads.