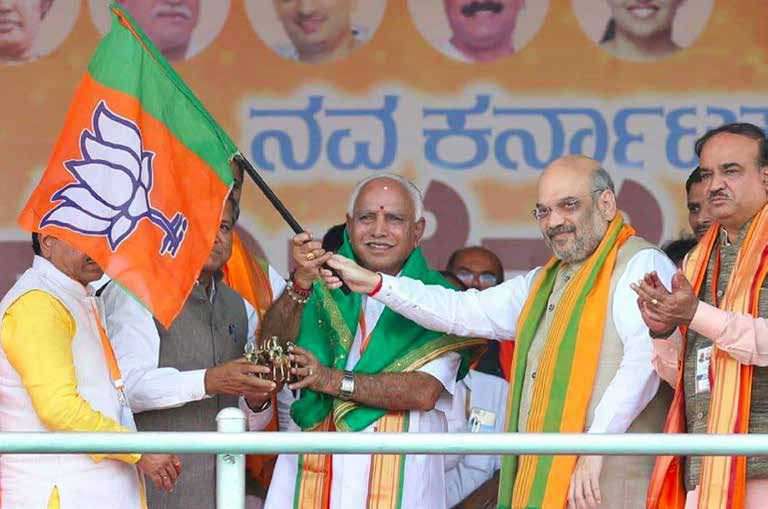 As Karnataka’s assembly elections approach, the BJP is trying to find the right approach to dislodge the Congress in the state. “Who better than the master political strategist, BJP national president, Amit Shah, to strategize, advise and motivate the cadre towards victory?”, ask journalists M Venkatesh and Suneet Shukla

He may have emerged as the ‘Shahen Shah’ of Indian politics, ensuring victory for his party in most of the elections it contested over the last three years, but the Bharatiya Janata Party’s national president Amit Shah is yet to achieve his goal of a ‘Congress-Mukt Bharat’. With Karnataka Assembly set to go to elections early next year, Shah’s efforts towards uniting the warring factions of the state BJP unit have picked up pace.

His successive visits to the state in the past few months have been focused on uplifting party-men’s morale, which have been sagging after losing both the elections in Nanjangud and Gundlupet by massive margins in April this year.

Worried over the infighting between state party chief BS Yeddyurappa and senior leader KS Eshwarappa, who floated the now dismantled (Sangolli) Rayanna Brigade with an objective of uplifting Dalits and the backward classes across all castes and communities, Shah sensed trouble for the party’s prospects early enough and succeeded in bringing the diverging leaders back onto the same track. 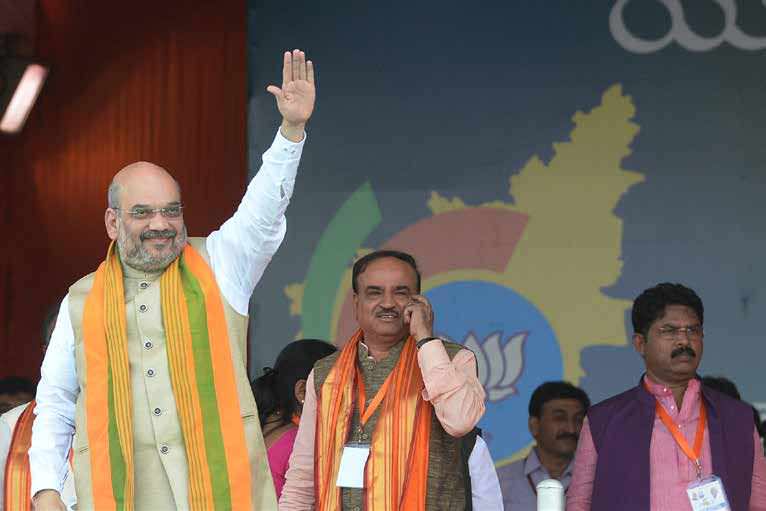 “I have come here to realize the dream of bringing the party back on the saddle of power,” Shah had said at a conference during a recent visit to pep up BJP party workers. His intervention led to Yeddyurappa and Eshwarappa agreeing to overlook their differences. The Rayanna Brigade was dismantled and Eshwarappa was entrusted with the task to mobilise the support of Other Backward Classes (OBC) in the state.

During his successive visits to the state, the BJP national president has directed his party brass to take out protest rallies highlighting the “corruption and irregularities” under Congress rule over the last four-and-a-half years. This also meant devising a plan to influence voters by promising them a clean administration under the Centre’s guidance.