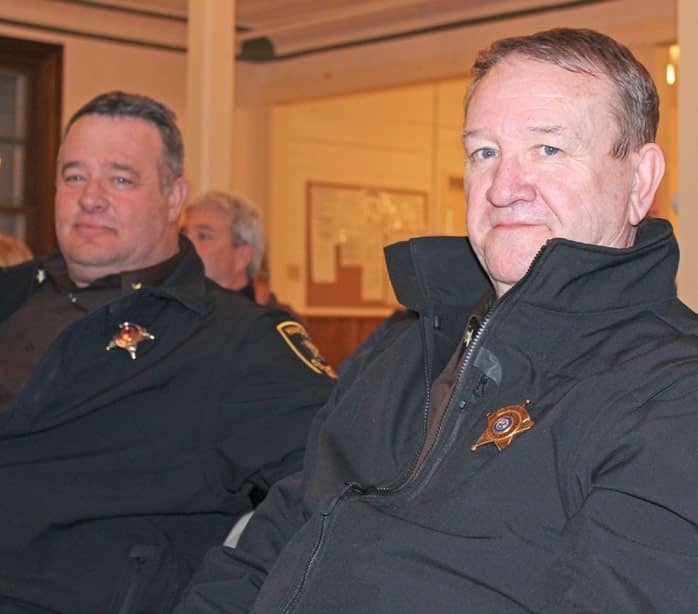 STONINGTON—The Hancock County sheriff stopped sending deputies to patrol Stonington in mid-January when he discovered the town intended to put the $70,516 contract on a referendum ballot in March.

Selectman Travis Fifield said before Monday’s Board of Selectmen meeting he’s seen no increase in crime since the patrols stopped.

“People will say, ‘Why do we need this extra coverage’?” he said. “Then the problems restart.”

Kane said he’s been told that people are starting to tear up the town, but nothing substantial he can point to.

“I suspect you’ll see something very different when the weather breaks,” he said.

“It was the playground for people with time on their hands and money for drugs, money for tires, money for gas,” said Johnson. “There was all sorts of mayhem.”

The town pier and Hagen Dock were the epicenters of the trouble, he said.

The problem has partly to do with the timing of the town’s budget process. Though the town and the county have budget years that end on December 31, Stonington voters don’t approve the budget until sometime in March.