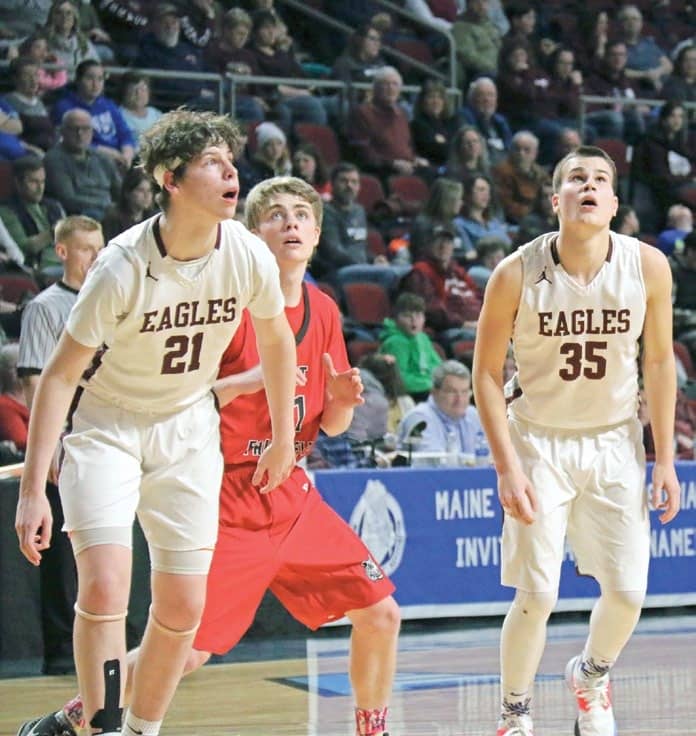 BANGOR— The George Stevens Academy Eagles used a 41-point second half to upend the Fort Fairfield Tigers 67-39 in a Class C quarterfinal contest at the Cross Insurance Center on February 18.

The Eagles entered the tournament in fourth place, while the Tigers came in just behind them in fifth after competing in Class D last year.

George Stevens Academy got on the board first, but after a 2-2 tie, both teams went scoreless for nearly four minutes before the Eagles registered a field goal to take a 4-2 lead. George Stevens extended its lead to five, but the Tigers responded and at the end of the first quarter, the Eagles held a marginal 12-11 lead.

MORE STORIES FROM ISLAND AD-VANTAGESView All