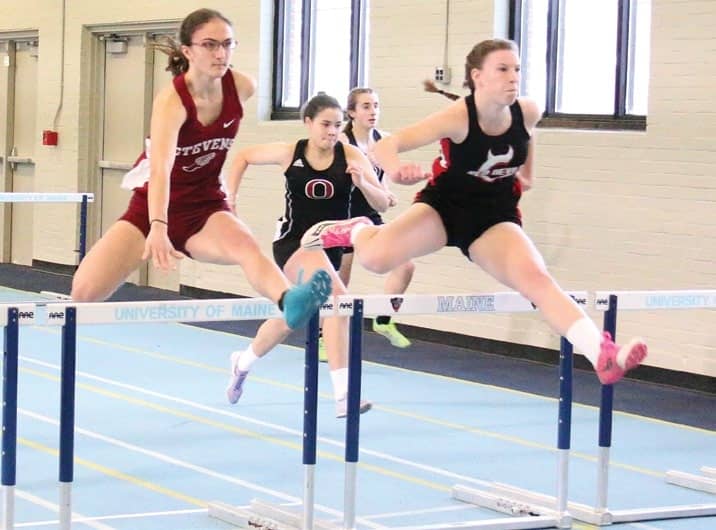 BLUE HILL—The George Stevens Academy boys and girls indoor track teams closed out their regular seasons on February 1 with a meet against both large and small schools. The girls took fourth overall out of eight teams, while the boys came in sixth out of nine teams.

With the regular season over, head coach Tony Rolfe and his team now look ahead to the Small Schools Championship on February 8, at the University of Maine in Orono Fieldhouse. The team will compete against schools such as Orono, Central High School, and Ellsworth, among others, all schools they are familiar with because of weekly competition throughout the season.