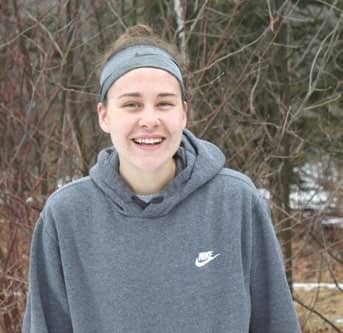 National contest on paying for college

DEER ISLE—Katie Hutchinson won a $5,000 scholarship as a finalist in a national essay contest, an achievement that eventually may be more satisfying than winning the semifinals in girls basketball.

Hutchinson, a senior at Deer Isle-Stonington High School, learned in December she was one of 10 grand prize winners in a contest sponsored by Next Gen Personal Finance. Then, in February, she played in the Mariners’ tournament victories all the way to the regional finals.

“In the long run, the $5,000 [is better], but in the short run, the semifinals,” Hutchinson said in an interview on Tuesday, February 25.

Her decision to enter the contest grew out of her personal finance class, taught by Rhonda Turner for the first time this school year.