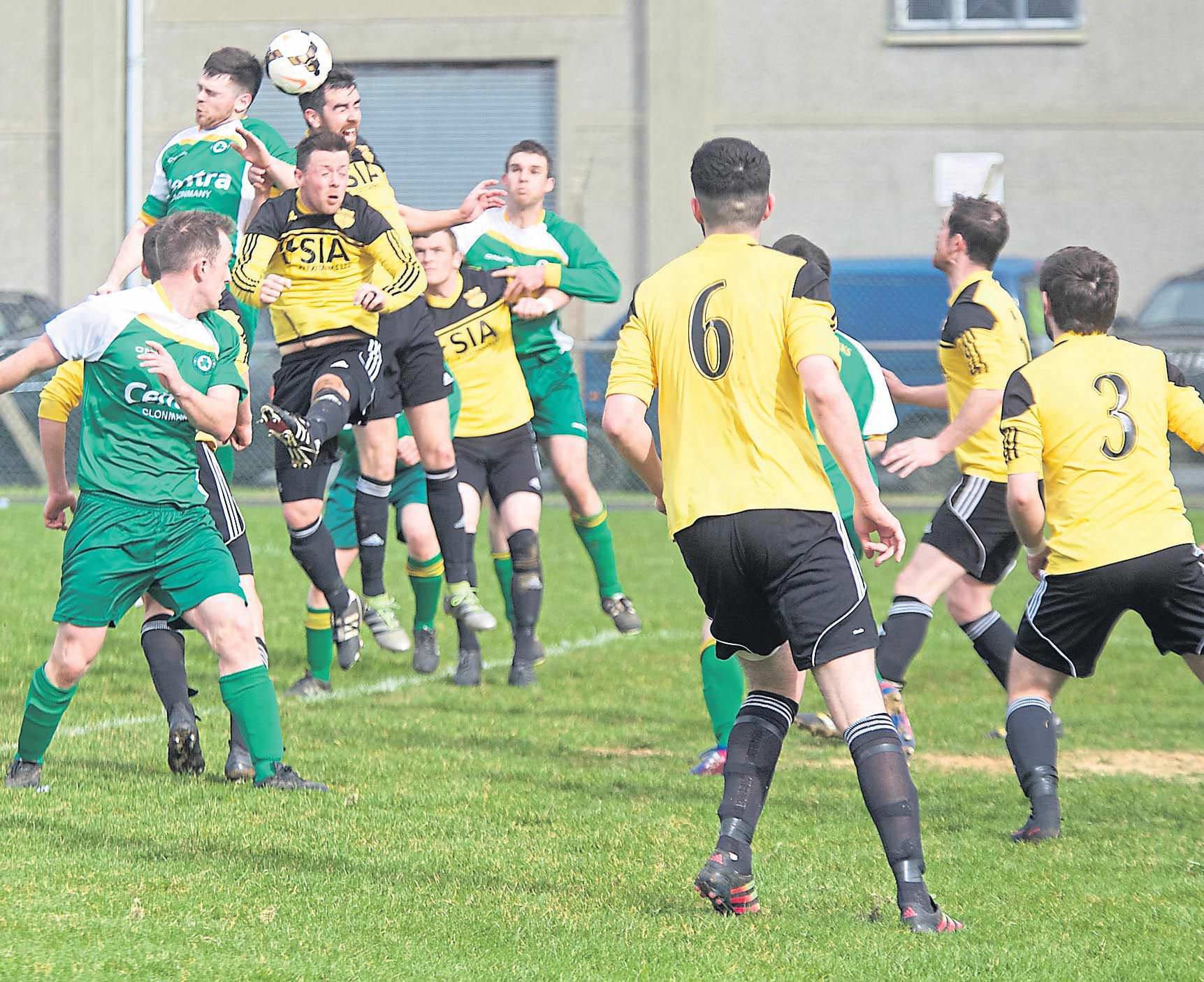 Glengad finally got their chance to put to bed bad memories inflicted by Clonmany in the League Cup final earlier this season. They made no mistakes this time with a dominant performance that sees them progress to the Knockalla Caravans Cup semi final.

From the moment the teams were named it was clear that Glengad meant business on Sunday afternoon. The fact that the highly influential Byrne trio had opted to represent on a day they had the option to tog out for Malin in their Gaelic football league opener against Buncrana spoke volumes.

The visitors were fast out of the blocks and played with a ferocious intensity straight from the kick off. With barely two minutes on the clock the energetic Terence Doherty had already had a crack at goal from the edge of the box. His effort narrowly missed the target but was an early reminder to the hosts of the quality he possesses.

Glengad’s high pressing game was causing serious problems to Clonmany as they couldn’t get any rhythm of passing going. They also had the problem of being outnumbered in midfield, playing a 4-4-2 formation against Glengad’s tried, trusted and highly effective 4-2-3-1.

Adam Byrne, Michael Byrne and Shane Canning all complement each other’s attributes beautifully in that Glengad midfield. And it was maestro Canning that created the opportunity for the opening goal, displaying excellent composure while collecting the ball in the centre circle before spreading a wonderful ball over the top of the defence for Nigel McMonagle.