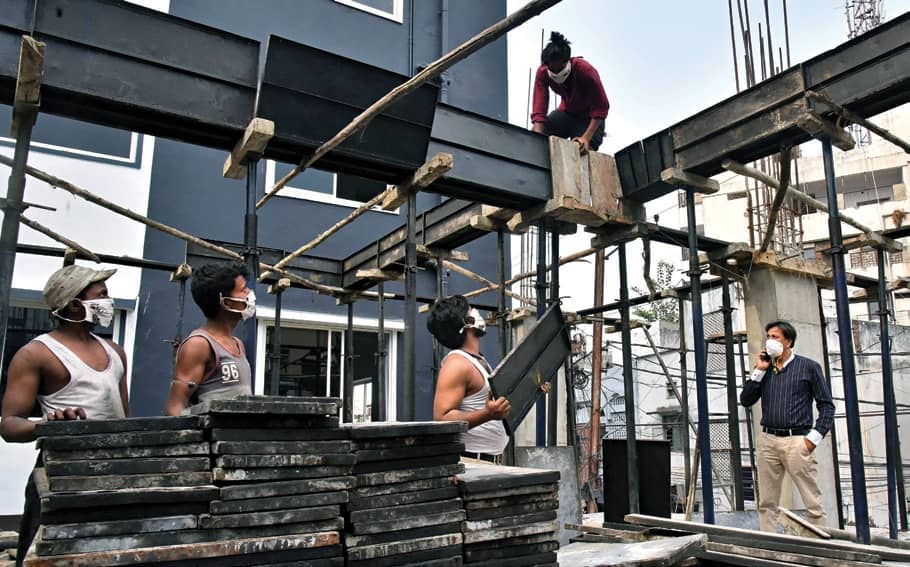 Migrant workers are unlikely to return to their workplaces before next year. In the meantime, there is much to be done

The national argument about the movement of migrant workers during the lockdown is fuelling a twin crisis. Some state governments want migrants to be allowed to return home, while others would rather the ‘virus carriers’ stay put where they are. On one hand is the humanitarian issue—these workers have been left to fend for themselves in the harsh financial climate of the lockdown. On the other is the economic issue—the restrictions on movement and uncoordinated response by central and state governments have created a crisis of labour scarcity in cities and towns across India.

Experts say the humanitarian crisis is the outcome of abject apathy and a total failure on the part of the authorities to understand the conditions and take responsibility for the well-being of workers. Meanwhile, migrant workers find themselves practically devoid of agency, at the whim of state government policies that might hold them back or push them out. “In states like Maharashtra, migrant workers have been herded out with no recourse. In others, like Karnataka, they have been trapped. Borders among and within states have also hardened, stripping migrants of their mobility, agency and dignity,” says Professor S. Irudaya Rajan of the Centre for Development Studies, Thiruvananthapuram, who has steered the Migration Surveys in Kerala for over two decades. For example, in early May, under pressure from local employers’ unions, the Karnataka government had attempted to stop the trains allocated for stranded migrants to return to their home states, citing an urgent need for workers so that economic activity could resume. A surge of protests forced the decision to be revoked within 24 hours. Nonetheless, even when migrants manage to return home, their situation is dire. “Migrants are returning home empty-handed and with the further stigma of being virus carriers,” explains Rajan.

Announcing its Rs 20 lakh crore revival package, the central government has, as a short term measure, earmarked Rs 3,500 crore to provide food (five kg of rice and one kg of pulses) to those outside the ambit of the National Food Security Act, 2013. It has also increased the budget for MGNREGA (Mahatma Gandhi National Rural Employment Guarantee Act) by Rs 40,000 crore. Long-term plans include providing affordable rental housing for migrant workers under the Pradhan Mantri Awas Yojana, and a ‘One Nation One Ration Card’ scheme that allows ration card portability. Providing affordable rental housing in a public-private partnership mode through concessionaire agreements and incentivising states to tap and set apart such housing near work spots may be a tempting idea, but finding accommodation in cities where real estate prices are high is a challenge. Further, these measures are to be implemented by next year and, then too, their success depends on effective coordination between states.