Why The BJP Lost In Delhi 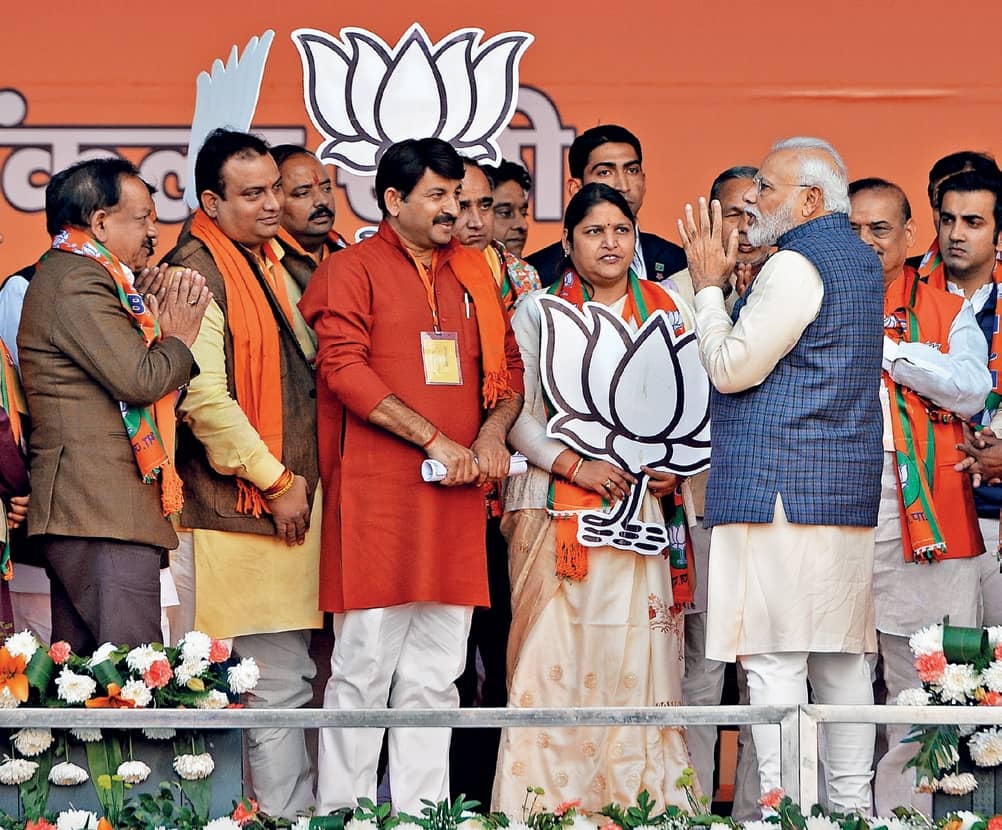 Politics, like cricket, is a game of great ironies. But there is no greater irony than Arvind Kejriwal ’s Aam Aadmi Party sweeping the Delhi assembly election on a campaign based on development, against a party that boasts a leader, a prime minister once synonymous in the public imagination with the word Vikas. But there seemed to be no end to the BJP’s blunders in this campaign. Not replacing Delhi BJP president and actor Manoj Tiwari—a clear non-starter even among the city’s Poorvanchali voters (whose votes he was brought in to tap)—with a grassroots party leader like Union minister Harshvardhan, was one. Allowing the campaign to turn into a battle between Kejriwal and the entire BJP leadership was another. The mammoth party campaign, led by Union home minister Amit Shah, included 11 sit t ing or former chief ministers, seven Union ministers and over 200 BJP MPs.

But an equally big role in the crushing defeat was the party’s polarising campaign marked by communally charged slogans that gave voters, particularly the youth, the impression that the party was trying to cover up its misgovernance in the Delhi municipal corporations by trivialising key national security issues or putting down Kejriwal. The BJP, incidentally, controls three of the four city corporations.

The writing was on the wall when the party decided to stay with the ineffectual Tiwari who has been unable to rise above his image as a Bhojpuri film star. There was a proposal to change him, but it was put off for fear of angering the Poorvanchalis in Delhi. But, as the results showed, even they weren’t convinced about him. The party was also a tad overconfident in the initial phase of the campaign, basking in the afterglow of its clean sweep of Delhi in the Lok Sabha election. If those voting patterns had held true, the BJP would have led in 65 of the 70 assembly segments. So, to lose in 62 seats now shows how badly the BJP lost the plot.