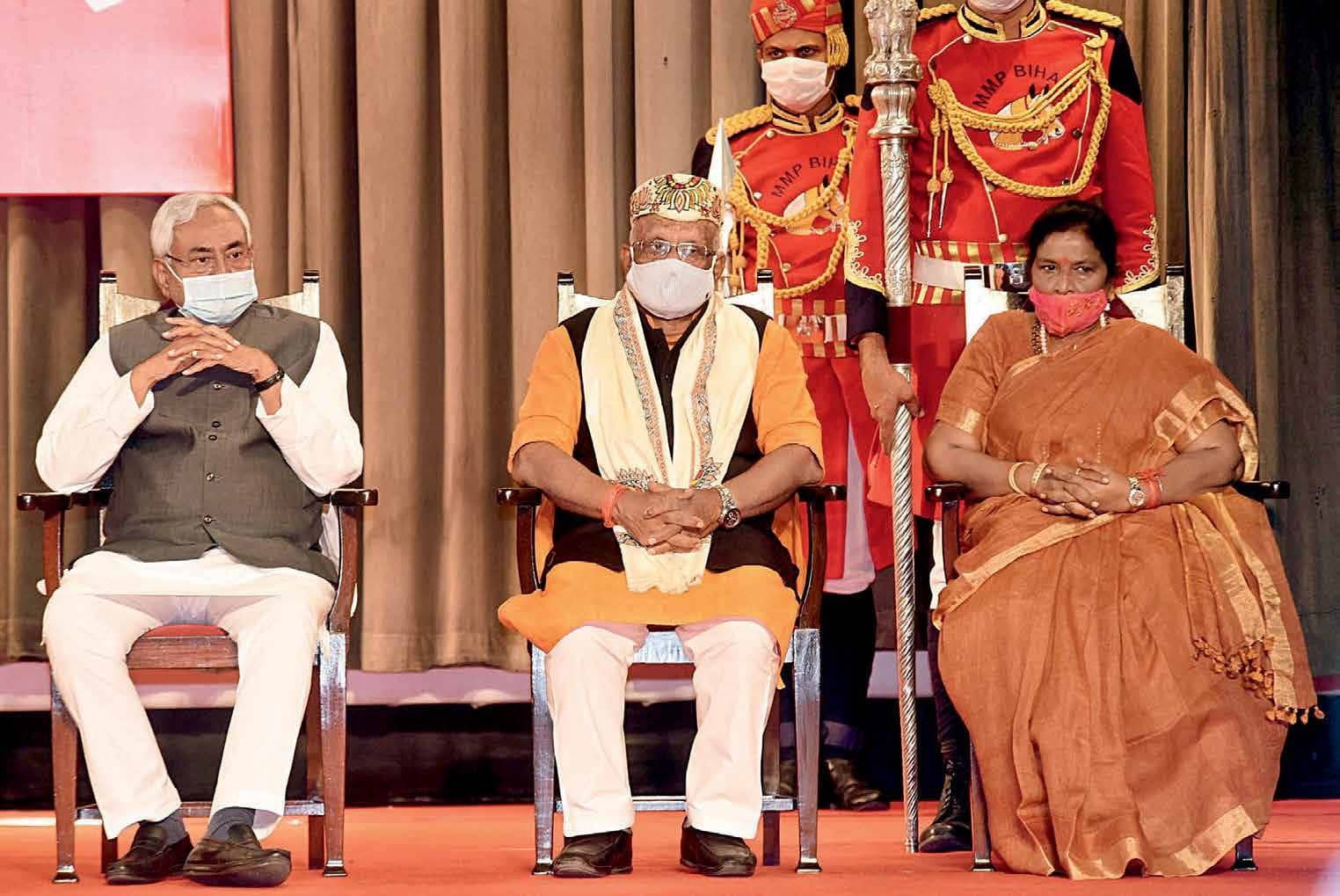 Nitish Kumar starts a fourth term on the trot as chief minister, but ally BJP is already muscling in

THE CM AND HIS DEPUTIES (From left) Nitish with Tar Kishore Prasad and Renu Devi, after the swearing-in

Coveted as it was, the honor of being the chief minister of Bihar for a fourth consecutive term and a record seventh time, it was by no means easy for Nitish Kumar to accept it. At the end of a nailbiter of an election, the ruling NDA (National Democratic Alliance) has a wafer-thin majority, and his own party, the Janata Dal (United), is a much-diminished entity in the new assembly—43 seats against 71 in the previous house. For comparison, ally BJP has 74 seats, and Nitish is already feeling the weight of a more assertive partner. His old trusty deputy, Sushil Modi of the BJP, has been sidelined in the new cabinet, and two new faces have taken his place as deputy chief ministers.

Sources say Nitish had initially refused to lead the new government, after the final results were out on November 10, giving the National Democratic Alliance (NDA) a simple majority. He finally accepted the chief minister’s post, but a good 24 hours later and only after ally BJP and Prime Minister Narendra Modi openly endorsed his leadership.

Nitish, 69, is the first Bihar chief minister to win four consecutive assembly elections, but the new winnings come with a whole set of challenges. Apart from bada bhai (big brother) BJP, he has to humor minor partners in the alliance because they prop up the ruling coalition. The Hindustani Awam Morcha (Secular) or HAM(S) and the Vikassheel Insaan Party (VIP), with four MLAs each, will demand their pound of flesh, knowing fully well that the JD(U) and BJP have 117 seats between them, which is still five short of the half-way mark of 122. The four-party NDA government has 126 legislators (including an independent)—a really slim majority in the house of 243. The Rashtriya Janata Dal (RJD)led opposition alliance, with 110 MLAs, is not far behind.