Time for a Free Hand 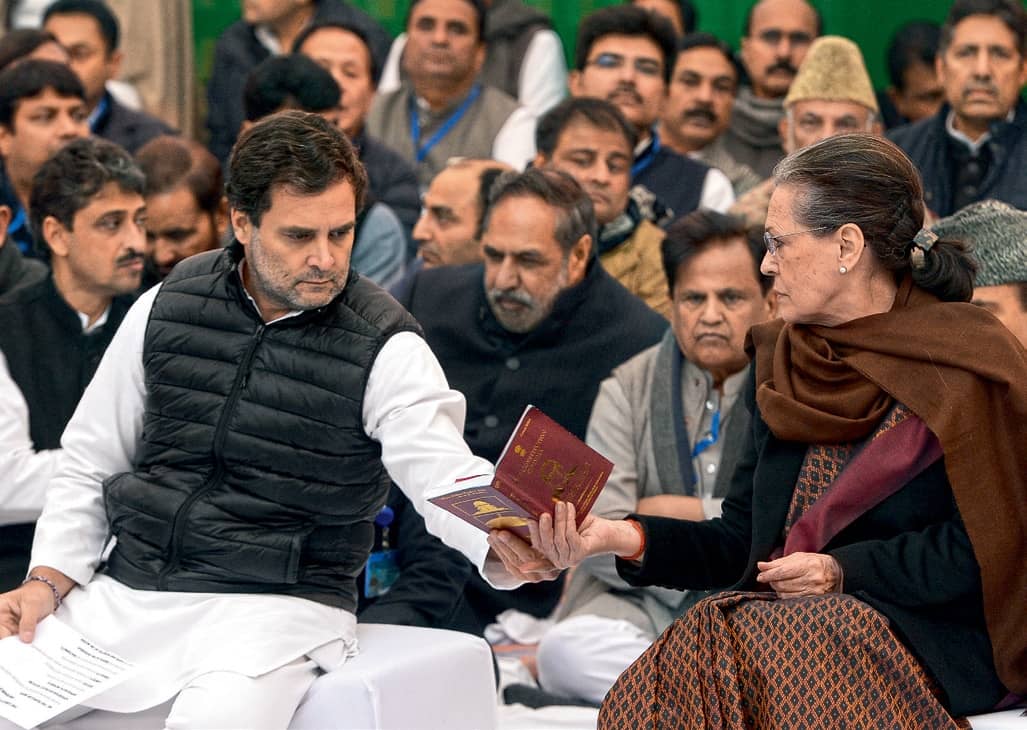 Despite being the only pan-India opposition party and even after clawing back to power in some states, the Congress struggles to find a non-Gandhi national leader
Kaushik Deka

For the past month or so, India has witnessed a growing swell of protests against the Narendra Modi government’s stand on the Citizenship (Amendment) Act, 2019, the National Population Register (NPR) and the National Register of Citizens (NRC). Cutting across all sorts of social divisions, citizens have been vocal in their opposition of a new law, a new policy drift that seems to strike at the country’s constitutional commitment to diversity and inclusion. At one such nationwide student protest in the second week of December, Congress general secretary Priyanka Gandhi-Vadra tried to join a group of protesters assembled at Delhi’s India Gate. She was booed away.

The message was categorical: even while taking on the Modi-led BJP government, the young protesters were not willing to throw in their lot with the Congress or any other political party. Since parties are hard to separate from their leaders, it was also possibly an implicit distrust of the political leaders, even when ranged against the same adversary.